Yup, he's that stupid. But then again, he's a Republican! Free markets, baby!

ETA: He's mad about a cow and his mom insulting him:

The complaint also named "Devin Nunes’ Mom," "a person who, with Twitter’s consent, hijacked Nunes’ name, falsely impersonated Nunes’ mother, and created and maintained an account on Twitter (@DevinNunesMom) for the sole purpose of attacking, defaming, disparaging and demeaning Nunes." Nunes lawyers' wrote, "In her endless barrage of tweets, Devin Nunes’ Mom maliciously attacked every aspect of Nunes’ character, honesty, integrity, ethics and fitness to perform his duties as a United States Congressman."
...
One tweet from the account, cited by the complaint, contained a crude drawing of Russian President Vladimir Putin, President Trump, and Nunes in a physically linked, symbiotic arrangement like the characters in the horror film "The Human Centipede (First Sequence)."
...
Another account named as a defendant was "Devin Nunes' Cow," or @DevinCow, which purportedly called Nunes a "treasonous cowpoke" and an "udder-ly worthless" criminal. The timing and substance of the tweets, according to Nunes' team, suggested that Mair was working jointly with @DevinCow and @DevinNunesMom accounts. In response to the lawsuit, the @DevinCow account -- which was still active as of Monday evening -- posted numerous tweets mocking Nunes. "I’m not quitting my day job," one read.
Click to expand...

ETA: He's mad about a cow and his mom insulting him:

This ought to be fun to watch unfold...
Click to expand...

So what he's saying is that he's a snowflake and can't handle being called out for being a Congress Critter, who may possibly be a traitor to his country.
Reactions: Aegeon, Dulanic, jman19 and 3 others

That there's the very definition of a SLAPP suit.
Reactions: Thump553 and ewdotson

he will likely lose as he's a public figure and parody is protected.
Reactions: hal2kilo and DarthKyrie

DarthKyrie said:
So what he's saying is that he's a snowflake and can't handle being called out for being a Congress Critter, who may possibly be a traitor to his country.
Click to expand...

I would say that with the way a conservative melts down when they aren't getting their way, they are the Original Snowflakes.

Now let's put out a call for the free market conservatives here who think that social media should let them say whatever they want without consequence:

The complaint also charged that Twitter "shadow-banned" Nunes in 2018 "in order to restrict his free speech and to amplify the abusive and hateful content published and republished by Mair, Devin Nunes’ Mom," and other accounts. "The shadow-banning was intentional," the complaint continued. "It was calculated to interfere with and influence the federal election and interfere with Nunes’ ongoing investigation as a member of the House Permanent Select Committee on Intelligence. Twitter’s actions affected the election results. The combination of the shadow-ban and Twitter’s refusal to enforce its Terms and Rules in the face of clear and present abuse and hateful conduct caused Nunes to lose support amongst voters."
Click to expand...

I guess Nunes is one of those not-so-free-market free market conservatives. Comments from the legal side of the internet are great!

“What values do you think of when I say ‘conservative’?”
“You know, the usual. Tough on immigration. Pro-life. Sues anyone who uses a meme against them or bans them on the internet.”
— RentFreeHat (@Popehat) March 18, 2019
Click to expand...

Yeah good luck with that Devin.

I wouldn't be surprised if he tries to get the government to pay for his lawyer(s).
W

dawp said:
he will likely lose as he's a public figure and parody is protected.
Click to expand...

This is correct. The content - or what we've seen so far - is not the sort of material which would support a defamation case even getting to trial. That said, there may be more.

Another interesting issue is the fact he's suing the platform, not just the users. They're protected by federal law much like the phone company has been for a long time. But he's arguing that because Twitter chooses to censor its content, it's unlike the phone company. More than just a pass through. So that would theoretically make it responsible for every injurious lie ever told on it. Trump's alone would bankrupt the company. Since we've been encouraging them to curate their content more, I think this really puts them between a rock and hard place.

I think the case against Twitter will get thrown out at the pleading stage, meaning within a few months. He'll continue for awhile longer against the user defendants until that gets thrown out.

I don't know if she's still around but if so it would be funnier than hell if the 'Devin Nunes Mom' account really turned out to be his mother.
Reactions: Thebobo

For some reason the description in the OP reminded me of scenes from Psycho when the antagonist is arguing with his mother.

I understand the play. Consider the pot-odds involved here.
Odds that Drumpf and CO and assoiciated roaches succeeds in getting a second term and there within subverting American democracy @ 5% - in this case he could/would expect a massive payout.
Cost of running suit : 1 million.
A 1M cost for the 5% chance of winning 250M. I mean I could spell out the math but I think its pretty obvious .

Time for Devin to learn about the Streisand Effect...

Despite Thomas's commentary recently I can't see a majority on the court willing to change the high bar that public figures have to cross for this suit to be effective.

I'm sure snowflake #1 will wholeheartedly support it though.
F

I can not recommend reading the details and looking at the specific tweets in this case enough. They are hilarious. I have no idea what Nunes thought he was doing by creating an official court document about all the tweets that hurt his feelings but holy shit is he stupid.

As others have said - no more conservatives whining about liberal snowflakes needing their safe spaces. A sitting ultra right wing congressman is officially suing people for $250 million for making fun of him on the internet.
Reactions: Meghan54 and jman19
S

I dont use twitter at all so im ok with that. But the hypocrisy is great coming from the party of free market and personal responsibility
Reactions: Meghan54, hal2kilo, soundforbjt and 1 other person

soulcougher73 said:
Maybe we should support his suit so we can bankrupt Twitter out of business so we dont have to see Trump or any other retards thoughts get spread around the world

I dont use twitter at all so im ok with that. But the hypocrisy is great coming from the party of free market and personal responsibility
Click to expand...

Their user agreement does cover impersonation and abuse. Were these accounts reported and failed to be addressed by Twitter?

Looks like his lawsuit as reported by Fox is a bunch of conspiracy rhetoric, though. Par for the course for Devin. Can't imagine he actually intends to win this. Better to lose in order to perpetuate knowledge of the liberal conspiracy overlords.

interchange said:
Better to lose in order to perpetuate knowledge of the liberal conspiracy overlords.
Click to expand...

No, it's better for him to lose and sucker more morons out of their money via fund raising during trial and after it's dismissed.

Remember, with these guys it's all about lying and collecting the Benjamins. It's the Republican thing to do, look at their Dear Leader.

If i remember correctly someone tried this a while ago.... 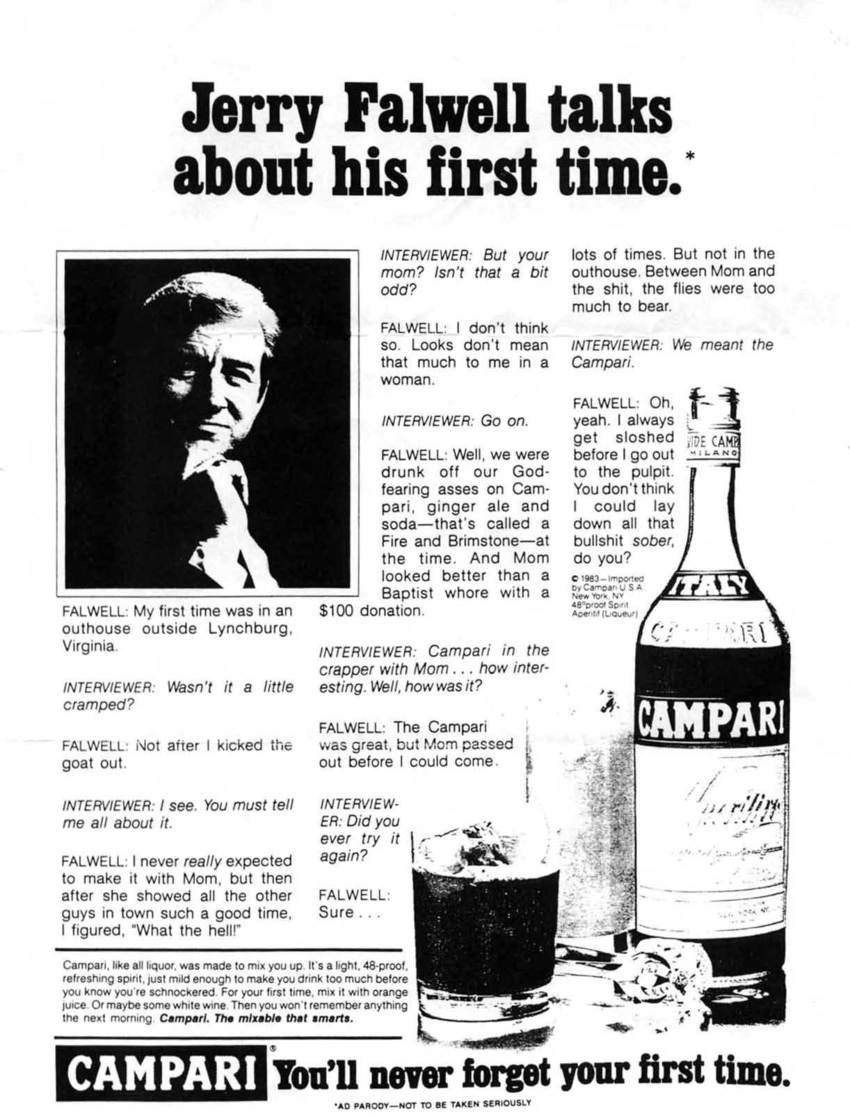 DrDoug said:
Time for Devin to learn about the Streisand Effect...

This just occurred to me - has something just happened in American politics that Trump is above doing? Or did I miss that?
F

mikeymikec said:
This just occurred to me - has something just happened in American politics that Trump is above doing? Or did I miss that?
Click to expand...

Nope! On a more serious note there is something pretty insidious about this. There's been a trend among Trump and his supporters to launch obviously meritless lawsuits against people who criticize them in order to stifle dissent. They stand almost no chance of winning but the people they are suing will be on the hook for potentially ruinous legal fees. Trump has bragged about doing this in the past.

So let's think about that - politicians are leveraging right wing donor money to attempt to bankrupt citizens for criticizing them. Not great.
Reactions: Meghan54 and cytg111

Oh well, I thought I might be pleasantly surprised about something. It wasn't a high bar to hope for, but it would have been something vaguely noteworthy.

KMFJD said:
If i remember correctly someone tried this a while ago....