Someone gifted me a Surface Pro 2 with an i5-4300u and although it is off course very underpowered, it handles stuff like Heroes of Might and Magic V and Age of Wonders like a champ! Really nice to play with touch controls on the go.

Some other games that are absolutely excellent are Darkest Dungeon and Warhammer 40k: Gladius as well as Stellaris.

Looking for more recommendations... I also like games like Rome Total War or Empire Total War. Even when such games don't run at 30fps, even 20 fps is totally acceptable in some cases.

Civ basically any of them.
Civ 6 takes time to grow on you but it will
Reactions: ibex333
C

I still like Alpha Centauri and MOO 2 among these kinds of games. They run on pretty much any PC.
Reactions: ibex333

Into the Breach is a fantastic tactics game. One of the best games of the last ten years.

XCOM Enemy Unknown is a stone cold classic. The expansion pack, Enemy Within, even adds touch controls, if you want to play in tablet mode!
Reactions: ibex333 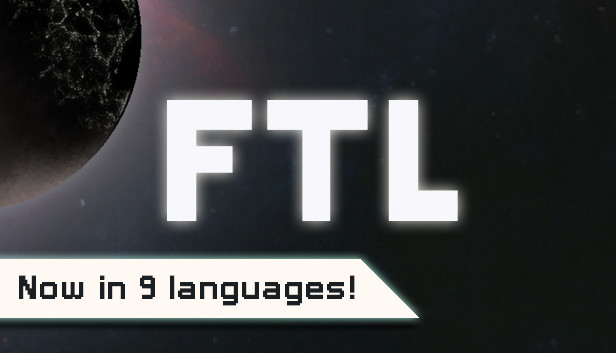 FTL: Faster Than Light on Steam

This "spaceship simulation roguelike-like" allows you to take your ship and crew on an adventure through a randomly generated galaxy filled with glory and bitter defeat.

Pick up the new Shadowrun Trilogy (Returns/Dragonfall/Hong Kong) from Hare Brained Schemes. All three games come out to ~60 hours of playtime, have a superb setting, fun stories, will run on a potato, and are solid turn based RPGs.

Save 74% on Shadowrun Trilogy on Steam

i play almost exclusively turn based games. i recently finished Gear: Tactics which is great, and now playing Disciples: Liberation and its loads of fun.
i don't know about running games on a Surface 2, but there are many great games such as the King's Bounty series (The Legend, and expansions, haven't played 2 yet),
Wasteland 2 and 3, Mutant Year Zero, Fallout Tactics, i bet you can also find the Disgaea series for the PC to run on the Surface.

there are many "rogue-like deck-builders" these days which are mostly 2D games so i bet they can work on the Surface 2. i played Monster Train last year and it was fun.
i can get more recommendations, just give me a direction you're interested in.

EDIT: for the hardcore TBSers out there, look for Warhammer's Mordheim: City of the Damned, that is a very challenging strategy game with team building and perma-death.
Reactions: ibex333
You must log in or register to reply here.
Share:
Facebook Twitter Reddit Tumblr WhatsApp Email Link