Captante said:
It did however manage to be a pretty dang good video game!

A few of the "crossover" scenes where you saw the same parts of the game clearly BUT from each of the 3 characters individual perspectives were great and also groundbreaking at the time.
Click to expand...

- AVP games have a pretty mixed track record imo. There are some outstanding games in there, but there are an even number of turds as well.

There was a single player side scroller brawler on the SNES, which was mediocre.

But which films are better or worse than Alien Isolation?

GodisanAtheist said:
- AVP games have a pretty mixed track record imo. There are some outstanding games in there, but there are an even number of turds as well.

There was a single player side scroller brawler on the SNES, which was mediocre.

To give Alien 3 a fair shake you need to see the assembly cut version. It improves it greatly.

Alien and Aliens are of course magnificent.

Prometheus has grown on me. But I cannot stand Alien Covenant.
Reactions: Muse

Mr.IncrediblyBored said:
I'm watching Covenant right now matter of fact. Fassbender's American(?) accent is annoying me. The characters are making many of the stupid mistakes as Prometheus.
Click to expand...

Forgot to update this. I did finish it last night. Somehow it managed to be worse than Prometheus, which at least had the advantage of some amount of character development.

I like the story arc started with Prometheus, but they just can't stop making their characters do stupid shit.

Alien Resurrection has lots of great scenes, some great lines, and fantastic visual effects IMO. It would be a great fun standalone movie it if wasn't part of a franchise. It feels out of place compared to the horror of Alien or the action of Aliens, but, its otherwise a decent movie.
Ron Perlman & Dominique Pinon are great.
That said, If I were ranking John Pierre jeanut movies, it would be something like

Alien/Aliens are basically perfect.
Wanted to love A3, but really can't.
WANTED to love Prometheus and Covenant, but you know it's a bad sign when you are watching a movie, first time/first pass and are asking why are they so stupid? It's one thing to go back and review details and say, oh yea thats dumb. But while you are watching it, 100% fresh, first time and are like wtf is wrong with these idiots in real time... ya... so disappointing.
The AvP movies are 100% dumb action pop corn flicks where you check your brain at the door.
S

Alien & Aliens could be ranked #1 depending on your mood at the time you watch it. Both are classics for a reason.
As for the others, except for Prometheus, it's been too long since i've seen them to remember much about them & i never saw the last one or the AvP movies.

Aliens (by a tiny hair)
Alien

The rest of the films have serious plot issues that you have to get past to even watch them. They're basically varying quality fan films.

Alien Resurrection - Fairly nonsense premise but utterly horrifying clones and new monsters. Most people hate this one but it has to many visual highs for me to hate it. I also probably give it a pass since it tries to impossibly right the sins of...
Alien3 - Mean spirited snuff film with a ridiculous premise (how did two face huggers get on the ship? Am I suppose to believe Ripley was to lazy to check?) great acting by Weaver but destroyed everything from the previous film. I mostly hate it on that principle.

This will annoy some people, but I don't consider Prometheus or Covenant in the same universe. They are both visually stunning (the sets are amazing and some of the horror concepts are great) but the theatrical release of Prometheus is basically nonsense happening on screen. I've seen a few deleted scenes that tie it back together, including an Engineer showdown with Shaw but it isn't really an Alien film (it just has some Alien things in it) and tries to do multiple things but doesn't finish any of them. Covenant is even worse, it some how makes Prometheus look good. It also snuffs out Shaw (who I kind of liked) off camera, basically committing Alien3's sin while also being stupider. I have no idea what Scott or his writers are doing with these movies and I don't think they do either.

I don't consider the AVP films in the same universe at all.

Prometheus didn't annoy me because it was part of the Alien franchise by any stretch of the imagination. It annoyed me because I expected more from Ridley Scott than the nonsensical rubbish that he served up. The fact that it tried so hard to pointlessly crowbar the Alien into it is worthy of a footnote of the overall failure to deliver.

What I really don't get is that it seems like a cash-in, yet surely there are far better ways to cash in on the Alien franchise than that. The LV-426 ship with eggs on came from somewhere, so set up a chance encounter of humanity with that place, bring an infection home to a major population centre and kick some ass. Or not of course, the Aliens over-running a world could set up a sequel, some survivors get away and help form the counter-attack.

PingSpike said:
I have no idea what Scott or his writers are doing with these movies and I don't think they do either.
Click to expand...

i will use this phrase as the premise to my opinion; obviously you understand that what follows is speculation, as none of us can look inside Scott's mind.

Alien 1 is a film based on mystery; where did the aliens come from ? where does the ship come from? who were they? None of these questions are answered in Alien 1, and they don't need to be - all you need to know is that the crew needs to GTFO from the Nostromo.

In Alien 2 the same happens again; i mean, really, it's the same.exact.plot as Alien 1 - eggs from the same exact ship infect humans. And again the humans need to do some hardcore GTFO.

Alien 3 did not try to make a mystery of any of that, whether by the camerawork, by the expressions of the actors, by the dialogue, on the contrary; "there's an alien? we need to make sure that there's no ALIEN. A this tall this wide here-is-a-mugshot alien that does THIS to people. oh look, THERE IS THE ALIEN, DOING THIS TO PEOPLE".

Again Alien 4 did not try to put any mystery into the film.


Both Promoetheus and Covenant tried to feed the nerd frenzy of the fanboys and tried to "answer the questions". Who are the engineers, what are the aliens, what is the relationship between the two. And i think the black goo was added to add a further layer of mystery to the film.

Now, the problem lies in trying to explain a mystery. First off, there is no indication that the mystery was to be solved at all.

I'm gonna move sideways for a second and reminisce on how good the Mass Effect 1 story is, because Sheppard is fighting against an enemy that cannot be defeated; we don't care, we love that she makes a heroic stand, and we don't fully see the enemy, only know of it as an obscure presence.
When later they humanize theenemy into something that can be - and is - defeated, it looses that sense of impending doom which is the main appeal of her story. (i played as a chick, ok? sue me)

If you want to write a good Alien-series film, you not only don't need to explain the mysteries at the core of the series, you shouldn't need to. Unfortunately, nerds make a lot of noise and more than one franchise (*Star Wars*) has been ruined by their own communities, because the writers will try to appease that vocal minority that looooooves double-bladed lightsabers but fuck the mainstream viewer.

In Prometheus, the main culprits are on one hand the stupid behaviour of everyone involved, with the "oh look at this poor fella, he looks just like A DEADLY COBRA FROM EARTH, i will fucking pet it", but also that the rest of the film is concerned with trying to lay out as plainly as possible the nature of the engineers, the aliens, the goo, leaving nothing to the imagination. And it chooses to replace suspense with action.

We .. back in the days of Alien 1 .. were better than this. Sure, the facehugger looks cool, but what made the film good is two characters looking at this thing around a crewman's neck, and the exchange: "what is this thing?" A: "we don't know".

Not "it's a stage 2 quadrupetal endoparasitoid Xenomorph XX121 of the Enternecivus Raptus species from LV-416".

I didn't make this ship up. It's on Wikipedia, official, canon shit that came from offscreen fanboy work. You can't make films this way. 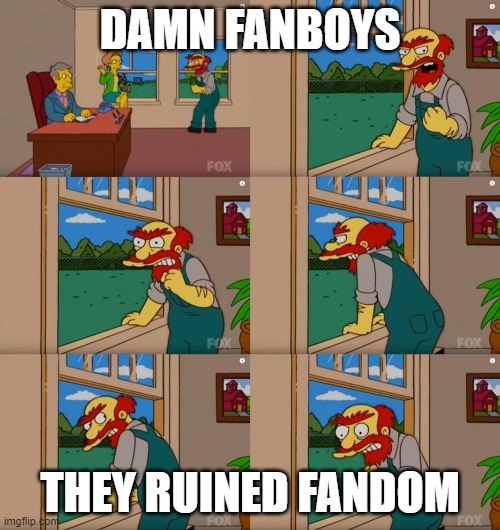