But yes during the end of the Cape Verde production run I started seeing R7 250X with 2GB.,

But yes during the end of the Cape Verde production run I started seeing R7 250X with 2GB.,
Click to expand...

Do you think a 1030 could benefit from 4gb vram or is that a waste of money?

That is a good question.

Earlier rumors NVIDIA will also introduce Pascal architecture entry-level graphics card GT 1030 , and now this matter is basically determined, the card will use the GP108 core, TDP only 30W, is simply a low-power artifact, the price is possible in 499 to 599 Yuan or so.

We also said before the NVIDIA GK208 core GT 730 graphics card after the introduction of very little new entry-level graphics card, or vest products, but also have to use in the notebook or OEM market. This time the GT 1030 graphics card will use the new GP108 core, but the specifications are unknown, before the rumors of the CUDA core number is up to 512, memory bandwidth is not 128bit but 64bit, performance between the GTX 750 and GTX 750 Ti between.

The most critical is that this cargo TDP power consumption is low, only 30W, and ultra-low power also makes the graphics card does not need too complicated specifications, the interface only need PCI-E 3.0 4x.

The last is the date and price of the listing, the more clear news is the May 17 official release, the price there are some variables, there is said to be 499 yuan, there are 599 yuan - it is estimated that NVIDIA is hesitant, after all, AMD side RX 550 graphics card price is not low, is expected to 599-799 yuan, NVIDIA is also thinking about looking at the situation now

For the GT 1030, small super brother (ID: 9501417) WeChat has just broke the news, we can go to his friends circle to see more news, especially domestic prices.

From the previous test RX 550 performance point of view, entry-level graphics play hot online games is still possible, NVIDIA GT 1030 graphics card TDP power consumption than the RX 550 is still 20W, temperature, heat control will be better, in addition to the old platform upgrade In addition, GP108 core is clearly a lot of applications in the notebook market.
Click to expand...

1030 is the most important graphics card launch in Nvidia's history. The fate of the company rests entirely on the Geforce GT 1030.

mohit9206 said:
1030 is the most important graphics card launch in Nvidia's history. The fate of the company rests entirely on the Geforce GT 1030.
Click to expand...

LOL. Why do you say that?

I'm assuming that this is an HTPC card, which is sorely needed, and not a real gaming card.

VirtualLarry said:
LOL. Why do you say that?

I'm assuming that this is an HTPC card, which is sorely needed, and not a real gaming card.
Click to expand...

I think the 1050 non TI can compete with the VGAs I mentioned on newer games (as long as not vram limited)
Click to expand... VirtualLarry said:
LOL. Why do you say that?

I'm assuming that this is an HTPC card, which is sorely needed, and not a real gaming card.
Click to expand... It seems that GeForce GT 1030 has been confirmed by KFA2.

According to ElChapuzasInformatico, this card is equipped with 16nm GP108 GPU with 384 CUDA cores (not 512 as previously said). The base clock is 1252 MHz, while the boost clock is 1506 MHz.

More importantly, we have a possible price. This card will go on sale for around 80 EUR.
https://videocardz.com/69078/kfa2-geforce-gt-1030-exoc-white-pictured-and-detailed

Christ, on looks alone the Rx 550 is winning.

Anyway, performance wise i'd HOPE the newer card is better, and that is also my prediction.

Crumpet said:
Anyway, performance wise i'd HOPE the newer card is better, and that is also my prediction.
Click to expand...

How do folks feel about the memory bandwidth difference between the two cards?

However, I do remember Nvidia cards gaining additional bandwidth efficiency starting with Maxwell due to increased L2 cache size.

With GM107 in particular being a 128-bit design that would need to compete with the likes of the 192-bit GK106, NVIDIA has massively increased the amount of L2 cache they use, from 256KB in GK107 to 2MB on GM107. This reduces the amount of traffic that needs to cross the memory bus, reducing both the power spent on the memory bus and the need for a larger memory bus altogether.
Click to expand...

Also how much differerence in Delta Color Compression?
D

If someone makes a passive one it could be a good card, but for that KFA2: tiny fan = whiny fan.

DaveSimmons said:
If someone makes a passive one it could be a good card, but for that KFA2: tiny fan = whiny fan.
Click to expand...

And in my HP DC5800 SFF ( example shown below) the system (with 95W quad core) only made a whoosh noise when the system was gaming. Idle was very quiet. 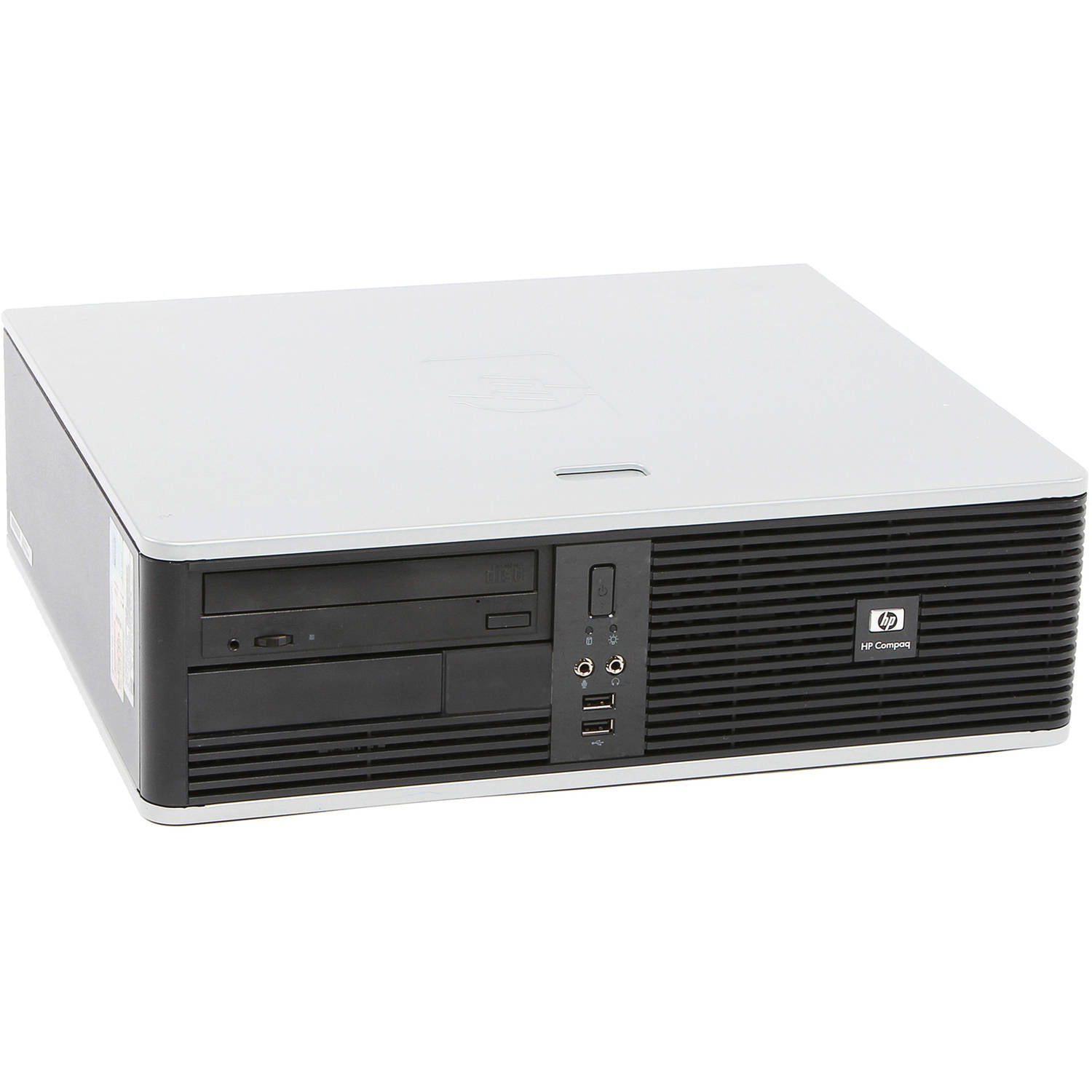 Comparing the KFA2 GT 1030 heatsink fan to the PNY GT 730 heatsink I do think the PNY heatsink looks a lot more efficient though (re: fan on PNY is located centrally and there appears to be a greater amount of fin area) 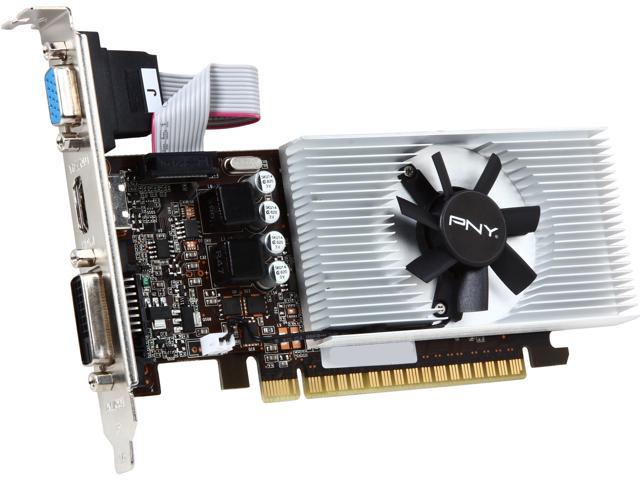 Besides the obvious comparison to Xbox One (Core i5 2400 or greater IMO would be good for this) and the inevitable use for 4K Netflix (assuming the 3GB VRAM limitation gets fixed by Nvidia) I also wonder about....

As ridiculous as it is, if you plan on using it for a very long time dedicated vram by the bunches is good. There was a time where people had the Radeon 3650 256mb and 1GB variants. The 1gb variants were able to play some games on low perfectly well, but ram starved games on the 256mb we're completely unplayable. I see that happening again with lower end cards with high amounts of vram.

If that is true then the GT 1030 (and a CPU like the Core i5 2400 or better) should work very well as a substitute for a Xbox One or PS4 based on the following videos: happy medium said:
A gtx960 4gb model is just as fast as a gtx1050ti in most games. Yes 4gb's vram does make a difference.

it's true that in some games/settings 2GB is going to kill performance and that average is affected but,
graph I posted is from a lot more than just 2 games and more representative, and vram limitation should not impact the 1050 vs 960 when both have 2GB, that shows a Pascal with 640SPs not far at all from Maxwell with 1024SPs, due to the huge clock advantage,