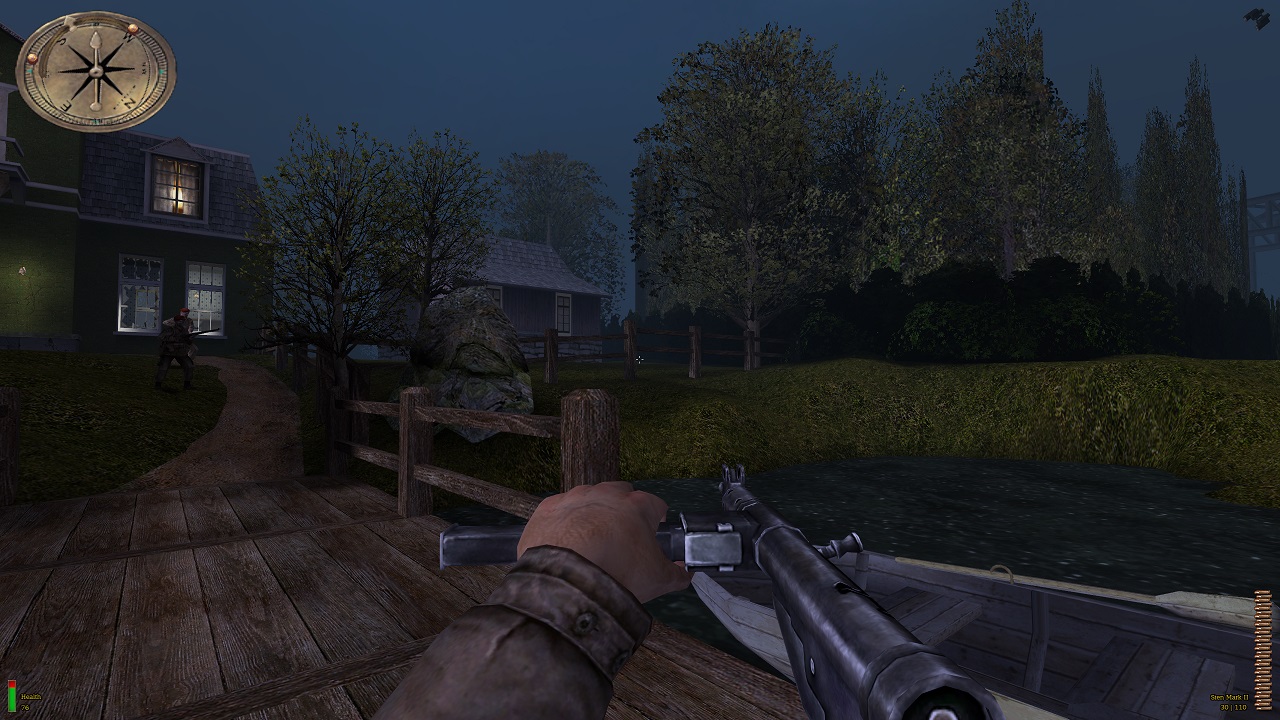 Allied Assault is my favorite and one of my favorite games of all-time. Incredible atmosphere, level design, and guns that sound like Saving Private Ryan. Actually the whole game felt like that movie. We also got quality North Africa and Norway missions which are rare in WW2 FPSes.

Spearhead was ok but very short. The Normandy mission was good but Bastogne was weak.

Breakthrough was good overall, especially North Africa and Sicily. My biggest gripe was severe ammo shortages in some parts of the game.

Pacific Assault was pretty good with some decent combat and levels. I wasn’t a fan of the bootcamp and flying missions. Also the weapons felt a bit stiff.

Airborne had an interesting mechanic where the levels were basically open and you could parachute wherever you liked when you (re)spawned. The weapons and upgrades felt pretty good to use. The biggest problem was it was far too short, and the open nature meant that saving could be inconsistent.

The Reboot was very good. Great weapons/gunplay with more deliberate and slower-paced combat compared to the Call of Duty games. Also normally I’m not a fan of being a gunner on a vehicle I can’t control, but the Gunship level was well done.

Warfighter was terrible. Half the missions were actually quite good, but the other half were either terrible or complete filler. The “GTA Saudi Arabia” section was awful. They should’ve taken the best levels and just released it as a DLC to the previous game.

I think they need to do another reboot in the style of 2010, but set in Vietnam.

MOHAA is my fav and I played this every single day for two years. I still jump in once in awhile...its crazy that people are still playing it but it is filled with hackers...bad.

I was an arcade kid and an early Atari kid. In the late 90's I played single player campaigns in the Delta Force series on PC. In 2002, MOH:AA was the first PC multiplayer I ever played and I've used that game as the benchmark for character movement/fluidity, gun play, and time to kill for every other game I ever played. It seemed like it was in the halcyon time for PC multiplayer AND gaming clans which lasted until the waning of COD 4 in about 2010. This was the time that AAA game developers released software development kits (SDK Tools) to modify the games. There were private dedicated server rentals for clubs (clans). There were clan rivalries on public servers (like gangs lol) and clans actually had websites with forums that were abuzz with activity!

I joined a clan for MOHAA and we moved forward with COD, COD2, COD4, BF1942, Desert Combat and we had servers for all of them. We played Joint Operations:Typhoon Rising which was an incredible game. The last AAA title I was interested in that had SDK tools and dedicated servers was COD4. Without private server rentals and SDK tools, there seems to have been the loss of lasting communities around games and clans are not what they were.

There is a small development team making a remake of MOHAA on the Unreal Engine and it is called MOHUE. You can visit their site or join them on discord. It looks like the original but with the graphics upgrade! On Facebook there is a group called "Medal of Honor Allied Assault Revival Group" and this Fall we are going to start having a weekly MOHAA night on a dedicated server for players up to 100 ping. The box will be located on the East Coast USA.

I still find some time to play MOH. Really loved these games back in a days. Remember when my dad showed it to me for the first time. One of the reasons why I got interested in military stuff. Even considered a career. A real masterpiece. Especially MOHAA and MOHPA.
Reactions: uRnOdAiSy
You must log in or register to reply here.
Share:
Facebook Twitter Reddit Tumblr WhatsApp Email Link