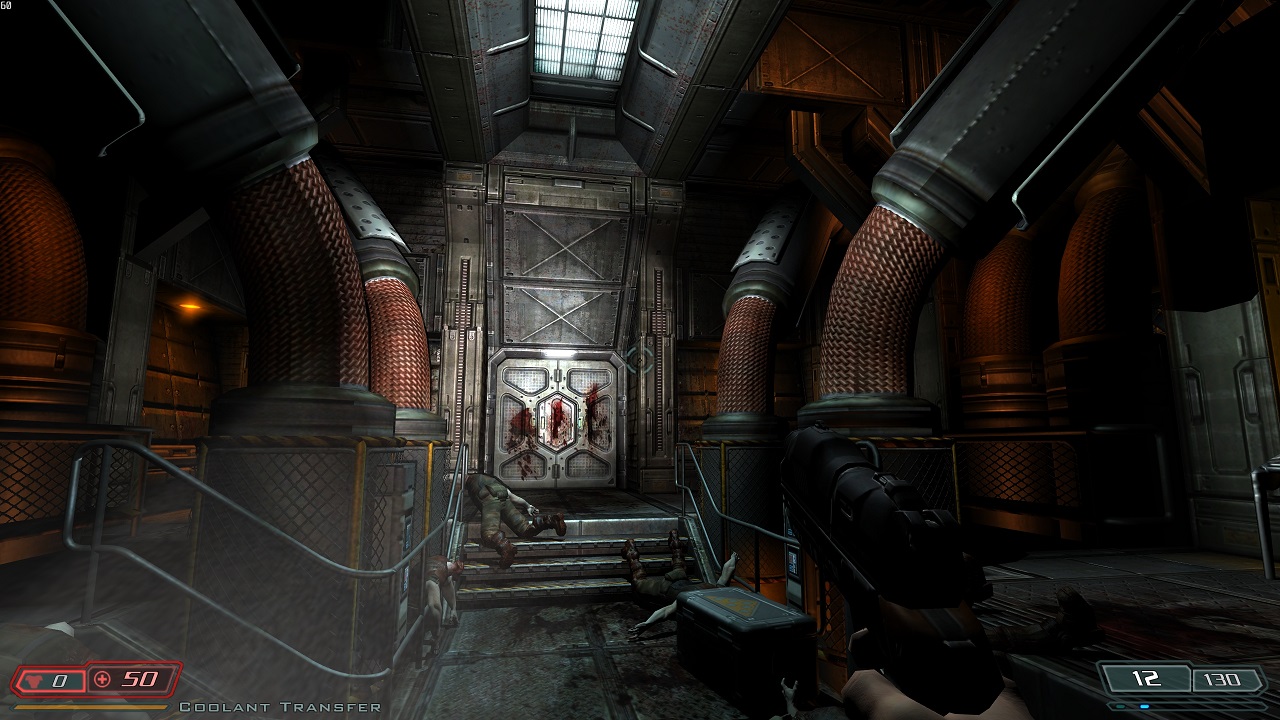 I’ve finished it close to a dozen times so this time around I tried something different: infinite flashlight. A contentious issue back in the day so this might interest some people.

Poking around the console, it didn’t take me long to figure it out. Works fine with existing saves or new start, in Doom 3 BFG and its two expansions:


Code:
We have new entries since the last time, so a new poll is in order.

The SNES version of Doom 1 is my favorite (Not in the list, so I selected ultimate). It had the best sound and music for its day thanks to the FX chip. I also have Doom 1 for 32X, which had the best graphics of any Doom port for its day (it ran at a much higher resolution). But the audio was inferior to that of the SNES.

The flash light was such an annoying thing in Doom 3. Having flashlights mounted to firearms is common place in todays military. Pretty sure it would still be common place in the future. Which is why the flashlight duck tape mod was so popular.
Reactions: bigi

OG Doom (as ultimate on this poll) and Doom 2 are legendary and would still stand out to this day among the crowd of indie retro shooters that are being released at a precipitous clip.

Doom 3 was basically System Shock 3 with all the actual gameplay and narrative depth removed. Would have been an incredible opportunity for iD to tack on some "Shock-Like" elements to their game that allowed character building and Doom 3 would have been Bioshock before bioshock.

2016 was a helluva revival for Doom and really cements itself as an incredible fps that sort of resets the genre and gets back to basics. It took me right back to those days on my old CRT monitor when I trip a trap on one of the old doom levels, hear the "whew" noise of a bunch of trap doors opening, monsters hissing and roaring and knowing that if I stopped moving I'd die.

Haven't played Eternal, but everything I've read basically reinforces the minimalism and purity of the 2016 reboot.

But it couldn't compare to Doom II's distinct satisfying feel. And this isn't just nostalgia, I'll tell you why:

Doom 3 - 6/10 This was different - more smaller scaled horror shooter. This was eclipsed by the fully world-building Half Life 2 and emergence of Call of Duty shooters.

Doom Immortal 5/10 - I couldn't even finish.
Reactions: Shmee and bigi

Doom 2 was awesome. 2016 was just okay as graphics, speed were very good but the extremely linear game play, arena style combat, and awful boss levels were major detractors. Eternal improved on all these but then went and killed itself with the stupid platforming crap. After falling into lava how many times? playing on the monkey bars, I bagged it w/o finishing.

I really liked Doom 3, but also classic Doom, including Doom 64. I didn't like the new Dooms as much, though the 2016 reboot was pretty good still. I think my favorite overall would have to be of the classic Doom series, with various mods/wads. So far I think the Extermination day campaign from the brutal doom project did the best telling of the story.

Oh, you mean the Daikatana guy

So, DOOM 3 specifically... I didn't like it much, although the second half or so of the game gets better. And I do prefer DOOM 3 (if I had to choose) over DOOM 2016, for sure. With some Mods I'd say DOOM 3 can be a decent enough game. But I never was a fan of it, overall. I wouldn't say it was "bad", by any means really. But at the time (more so then in comparison to nowadays) it felt just 'off' by way too much for me compared to the previous games. The context is important though. It was a time period when no less than 3 very significant engines were made that would have (especially 2 of them) repercussions in the industry for many years to follow. I always considered (at the time, when I first played it; essentially I bought it from a pre-order at release, PC version) DOOM 3 to be a 'tech demo'. It's... not a tech demo entirely but... yeah the context had a tremendous role into shaping up DOOM 3 into what it was ultimately.

Their attempt at the "horror" aspects mostly failed, in my eyes; then again on a personal level I've never really been that impressed by most attempts in video gaming in general to do "horror". It doesn't work in video games - for me anyway - as well as it can work in movies. In games, the "dread" feeling can be achieved, and I've experienced it a few times here and there. But... in DOOM 3 it was all about flickering lights in a dark corridor, and sudden / burst spawning of monsters behind or on the sides. After maybe 1 or 2 few select jump scares you've basically seen most of them (well, speaking for myself). So, DOOM 3 for me didn't have to try to impress me with its horror take on the DOOM franchise, the only thing that could 'get me' would have had to be its actual "DOOM-like" game-play elements... and it just wasn't really there. Not to mention that I never "asked for" any actual big story, much less cut scenes or cinematics in a DOOM game. It was the case then, it was still the case when I first played DOOM 2016.

Anyway, I'm skipping a lot but... DOOM 3 in general for me was just monotonous to play, especially the first half. I did finish the game a single time and never touched it again since (although I do still own my original physical copy). If I had to score it (from my original playthrough at the time, without Mods or any of the modern revisions or the BGF edition and such) I'd have given it probably a 6/10 at the time, maybe more like a 5/10 for a DOOM game, or a 6/10 for just being a then-modern FPS game with new visual tech included. Around the same time period I had a lot more fun with the original FarCry by comparison, and I was a lot more immersed and fascinated by the new tech offered in Half-Life 2 instead.

My favorite DOOMs will pretty much always be DOOM II, Ultimate DOOM, DOOM 64, and Final DOOM. Can't go wrong with any of those. They are even better (in my opinion) when played with (G)zDOOM, even DOOM 64 is a possible experience on PC since the DOOM 64 EX port. The new DOOM 2016 and Eternal games... (to end of this note) just don't hold a candle to the classic series, they're just modern FPSes, they're not DOOM games for me. I'll repeat myself but I'd rather play DOOM 3 again if I had to choose, I pretty much hated D2016, couldn't actually bother to finish it; and that made me skip Eternal entirely (I did watch part of a playthrough on YouTube from one of my favorite streamers who happened to play it to the end... and all I can say is that not buying it is one of my best decisions in recent years when it comes to modern gaming).

Doom 3 is still my favourite Doom. I played the DOS versions of Doom and Doom II and they were OK. Doom 3 was on a whole new level. Creepy but not scary. It was the first survival - horror game I played. It looked stunning back in 2003.

The game has its issues, especially the final Boss fight, but it is still a great game.
Reactions: Hotrod2go


I was never a fan of Plutonia given the excessive difficulty. Gives me a smile to see him getting rekt by his own creations.

I also tried Doom64 about a month ago and hated it. Boring level design and the weapons had no style or flavor to them, just completely generic.
Last edited: Jan 28, 2022
I

Does anyone know where to get original Doom 3 and not BFG edition?