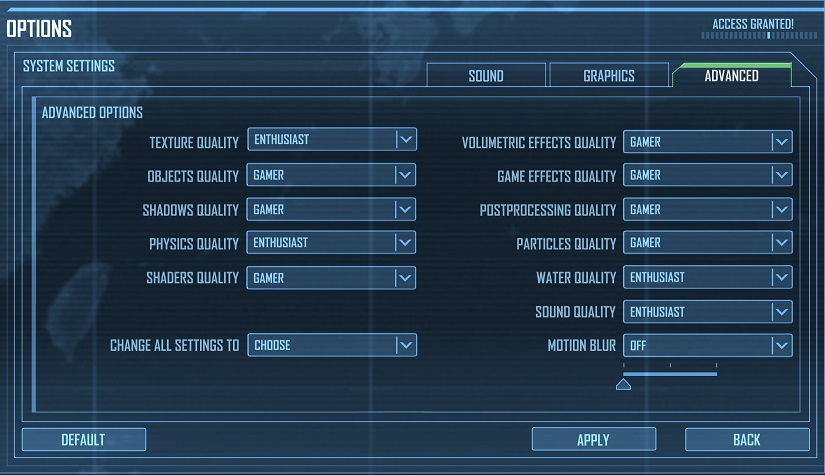 Contrast Far Cry 2 (same year) easily runs full details, 5K and 4xAA. Crysis looks good but nowhere near enough to justify the massive performance hit. Especially back in the day where reducing details to medium or low made the game really ugly. 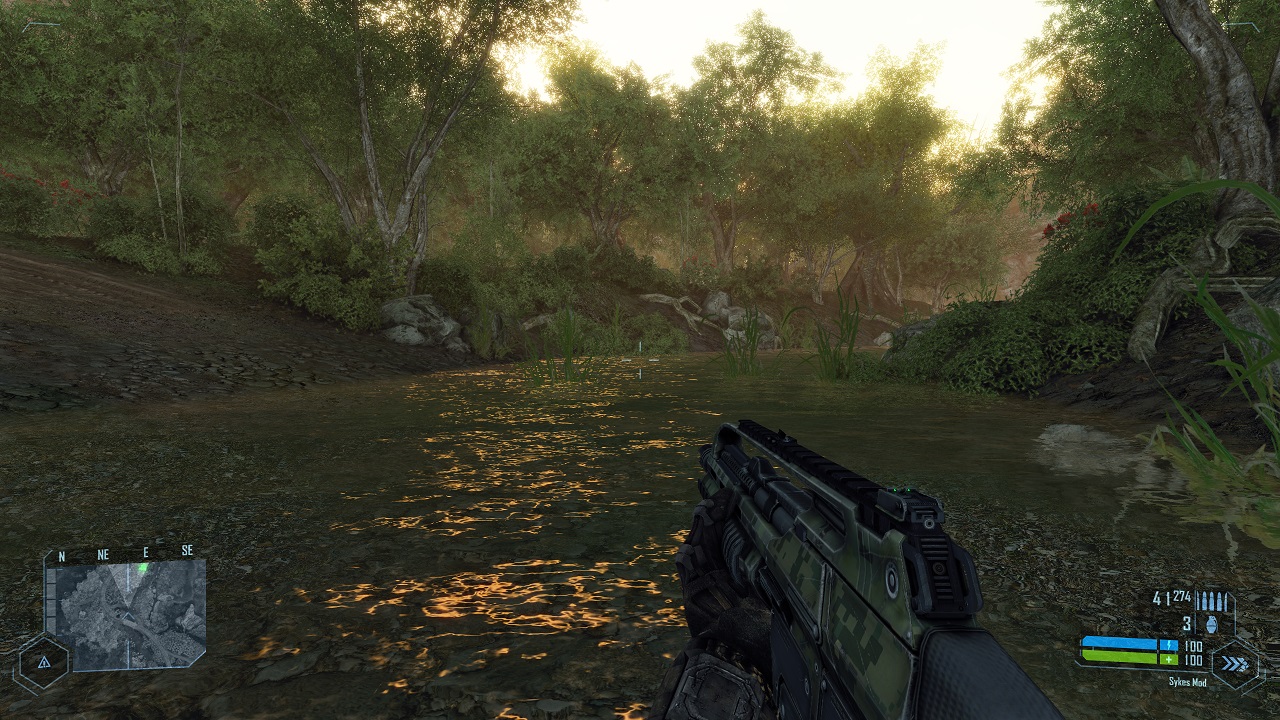 The first game was ok but seemed to lack focus. Also the floaty alien, “warm up by barrel before freezing”, and aircraft carrier levels were boring.

Crysis Warhead was good. It had better direction and focus with its levels, and more memorable moments, like the frozen aircraft carrier and the mine.

Crysis 2 had really nice visuals and ran far faster – a much better engine. But the New York setting was boring.

Crysis 3 was so uneventful I’ve basically forgotten the whole game. I think there was a dam, and some towers with laser beams?

I loved the first two Crysis games (meaning, Crysis and Warhead) and everything after that was destroyed by EA. I think Crysis 2 and C&C 3 Tiberium Wars were the last EA games I ever bought and played because that was the defining moment where I realized they assumed their player-base were morons. Giant flashing neon arrows telling you where to go every single step of the way, blatantly pointing out secret/alternate paths, and constantly reminding you of mission objectives (and if you don't progress fast enough, they flat out scroll your screen to the objective). The hand-holding was too much for me but I probably would have appreciated the assistance if I were playing those games when I was 9 years old.

I also enjoyed the first Far Cry game, the third, and the fourth. For the fifth game, I killed two of the kids (northern Rambo and the druggie chick) and had to uninstall the game. I play games to be immersed and have fun and with Far Cry 5, it was fun in ten minute intervals - usually the length of time for the game to realize you're not being reminded about the story and decides to take you away from what you're doing and repeat the same stupid cinematic/dream sequence over and over again, then throw you back in the game after a mandatory "walk forward for three minutes" session. Not only were the forced dream/hallucination/whatever sequences incredibly confusing, it only made me care even less about the story.

I agree with your assessment. I thought Crysis Warhead was the most fun of the bunch (didn't play Crysis 3).

I've often thought about replaying the first and Warhead, but haven't had time to investigate if they'll run. Sounds like they don't exactly play well with modern hardware. That's a shame.

whoa, they actually label their settings "gamer" or "enthusiast" and well, whatever other crazy levels.

Weird thing about one of the listed Crysis games. There were two mods I wanted to play but both felt like I was flying as opposed to walking. Not sure how to explain it but movement felt odd and floaty.
I didn’t have much interest in the Crysis game but I tried it out and felt the same awkward feeling.
I forgot which Crysis it was

rivethead said:
I've often thought about replaying the first and Warhead, but haven't had time to investigate if they'll run. Sounds like they don't exactly play well with modern hardware. That's a shame.
Click to expand...

Your results may vary. I recently replayed them both (maybe a year or two ago) on my current hardware and had no issue at all completely maxing the games at 2550x1440 (native resolution). I can't vouch for trying to run it upscaled like BFG was trying, but it plays just fine normally. Although, there are still a few spots where it lags a little bit, but nothing that's going to ruin the gameplay.
Reactions: rivethead
R

My system in sig can do solid 60, but sure cant do 144FPS, its the CPU falling short, this game is very far from multithreaded.

Stg-Flame said:
Your results may vary. I recently replayed them both (maybe a year or two ago) on my current hardware and had no issue at all completely maxing the games at 2550x1440 (native resolution). I can't vouch for trying to run it upscaled like BFG was trying, but it plays just fine normally. Although, there are still a few spots where it lags a little bit, but nothing that's going to ruin the gameplay.
Click to expand...

I absolutely LOVED the first FarCry game, especially the sequential capture the flag multiplayer that no game has been able to reproduce.

I recently replayed both Crysis and Warhead on my 4770k, 1070Ti and Acer Predator G-Sync at 1440P and didn't notice any issues with everything cranked up. I wasn't doing an analysis of FPS though, just trying to enjoy the game on better hardware than the Phenom x4 and HD4850 I last played it on

I own Crysis 2 and haven't been able to get into it. It's on my long list of games to complete.

I couldn't complete FarCry 2. I HATED the fact that every outpost you cleared re spawned enemies the moment you left it. That game mechanic ruined the rest of the experience for me. EDIT: I've done a little research and apparently this cannot be fixed, but there were some good tips on how to avoid the outposts. I'm going to give this game another shot this weekend.

I enjoyed 3 and own 4, but haven't completed it yet. I find that games that have so much to do in them are losing their ability to keep my attention; something that 3 suffered from a little, but FarCry 4 is all about. Side quests, and things flashing on the map with too little emphasis on the main story line. I don't have time for ADD gaming. I need to get something done!
Last edited: Oct 4, 2019

I finished Crysis 1 and I liked it (it wasn't "great", but still a pretty solid game overall). The graphics at the time were amazing for sure. It was a new graphical milestone since Half-Life 2, in my opinion. I played most of the Warhead campaign but didn't finish it, even though I liked it; from what I recall the pacing of the campaign in Warhead was actually better than in Crysis 1 (Crysis 1 had a decent start, then goes down the drain and not that much happens until the alien / zero-gravity level, and then things kick in a bit more from that point). I got Crysis 2 on Origin, started it, played it until I believe the start of the city (New York? I think, not sure anymore it's been a long time) and got bored. Never touched Crysis 2 since. I might not have been in the mood for it at the time but I remember not being immersed at all. I never tried nor ever bought Crysis 3, never had the interest to (but yes, it obviously looked great when it came out, and still looks very good today).

When it comes to gameplay I prefer Far Cry 1 and 3; especially Blood Dragon which I think is the best in the franchise. Between Crysis 1, Warhead, FC1 and FC3 I'd simply go with Blood Dragon, it's just mindless good quality cringe action with an outstanding Terminator-inspired soundtrack that I still listen to from time to time. I hated FC2 with its idiotic enemy respawn and malaria attacks "mechanic" (although the graphics at the time were also very good), and never tried or bought either FC4 or FC5 (or the 'Primal' one too, never played it nor do I ever want to). At this point in time I'm pretty much done with both franchises, they had their run for me, got my fill of the few I enjoyed, and that's about it.

They'd have to do something very drastic, new and different for me to buy Crysis 4 or Far Cry 6 (or whatever name they come up with next).

Crytek really started with a bang. Two genre defining games(Far Cry, Crysis) released 3 years apart that defined the first decade and still does to this day. Warhead was my favorite.

Just thinking back now the first person shooters released between 2004-2008 defined so much.

Look at 2004. Was there ever a better year in gaming history with as much technical progress?

zinfamous said:
whoa, they actually label their settings "gamer" or "enthusiast" and well, whatever other crazy levels.

The first game called them "low", "medium", "high" etc, but apparently it triggered some gamer snowflakes because they couldn't use high settings. So they employed nonsensical obfuscation in Warhead.

Have we run out of things to complain about to the point where we're getting upset over an 11-year-old game's graphical naming system? Crysis, much like Far Cry, was being hailed as the game that would melt your high-end rig, so it only stands to reason that when people spent thousands of dollars on upgrades just to max the game, they wanted to show it and the whole "enthusiast" label was just to placate those people. Nobody cared about not being able to play on the enthusiast setting and nobody was offended (because nobody cared about your feelings ten years ago) by their labeling system.
You must log in or register to reply here.
Share:
Facebook Twitter Reddit Tumblr WhatsApp Email Link