err, or at least parts of them.

Everyone talks about how awful Florida is but honestly I think rural Pennsylvania is home to some of the worst people in America.

The dude was lazy enough to not even dispose of the remains after he left/sold his former house. He'll probably agree to a plea deal.

§ 5510. Abuse of corpse.
Except as authorized by law, a person who treats a corpse in a way that he knows would outrage ordinary family sensibilities commits a misdemeanor of the second degree.

Did you know that receiving stolen property PA is a very serious crime? Were you accused of such a thing? What will happen to you? Read here to learn more!

§ 5111. Dealing in proceeds of unlawful activities.
(a) Offense defined.--A person commits a felony of the first
degree if the person conducts a financial transaction under any
of the following circumstances:
(1) With knowledge that the property involved represents
the proceeds of unlawful activity, the person acts with the
intent to promote the carrying on of the unlawful activity.
(2) With knowledge that the property involved represents
the proceeds of unlawful activity and that the transaction is
designed in whole or in part to conceal or disguise the
nature, location, source, ownership or control of the
proceeds of unlawful activity.
(3) To avoid a transaction reporting requirement under
State or Federal law.
(b) Penalty.--Upon conviction of a violation under
subsection (a), a person shall be sentenced to a fine of the
greater of $100,000 or twice the value of the property involved
in the transaction or to imprisonment for not more than 20
years, or both.
(c) Civil penalty.--A person who conducts or attempts to
conduct a transaction described in subsection (a) is liable to
the Commonwealth for a civil penalty of the greater of:
(1) the value of the property, funds or monetary
instruments involved in the transaction; or
(2) $10,000.
(d) Cumulative remedies.--Any proceedings under this section
shall be in addition to any other criminal penalties or
forfeitures authorized under the State law.
(e) Enforcement.--
(1) The Attorney General shall have the power and duty
to institute proceedings to recover the civil penalty
provided under subsection (c) against any person liable to
the Commonwealth for such a penalty.
(2) The district attorneys of the several counties shall
have authority to investigate and to institute criminal
proceedings for any violation of subsection (a).
(3) In addition to the authority conferred upon the
Attorney General by the act of October 15, 1980 (P.L.950,
No.164), known as the Commonwealth Attorneys Act, the
Attorney General shall have the authority to investigate and
to institute criminal proceedings for any violation of
subsection (a) or any series of related violations involving
more than one county of the Commonwealth or involving any
county of the Commonwealth and another state. No person
charged with a violation of subsection (a) by the Attorney
General shall have standing to challenge the authority of the
Attorney General to investigate or prosecute the case, and,
if any such challenge is made, the challenge shall be
dismissed and no relief shall be available in the courts of
the Commonwealth to the person making the challenge.
(4) Nothing contained in this subsection shall be
construed to limit the regulatory or investigative authority
of any department or agency of the Commonwealth whose
functions might relate to persons, enterprises or matters
falling within the scope of this section.
(e.1) Venue.--An offense under subsection (a) may be deemed
to have been committed where any element of unlawful activity or
of the offense under subsection (a) occurs.
(f) Definitions.--As used in this section, the following
words and phrases shall have the meanings given to them in this
subsection:
"Conducts." Includes initiating, concluding or participating
in initiating or concluding a transaction.
"Financial institution." Any of the following:
(1) An insured bank as defined in section 3(h) of the
Federal Deposit Insurance Act (64 Stat. 873, 12 U.S.C. §
1813(h)).
(2) A commercial bank or trust company.
(3) A private banker.
(4) An agency or bank of a foreign bank in this
Commonwealth.
(5) An insured institution as defined in section 401(a)
of the National Housing Act (48 Stat. 1246, 12 U.S.C. §
1724(a)).
(6) A thrift institution.
(7) A broker or dealer registered with the Securities
and Exchange Commission under the Securities Exchange Act of
1934 (15 U.S.C. § 78a et seq.).
(8) A broker or dealer in securities or commodities.
(9) An investment banker or investment company.
(10) A currency exchange.
(11) An insurer, redeemer or cashier of travelers'
checks, checks, money orders or similar instruments.
(12) An operator of a credit card system.
(13) An insurance company.
(14) A dealer in precious metals, stones or jewels.
(15) A pawnbroker.
(16) A loan or finance company.
(17) A travel agency.
(18) A licensed sender of money.
(19) A telegraph company.
(20) An agency of the Federal Government or of a state
or local government carrying out a duty or power of a
business described in this paragraph.
(21) Another business or agency carrying out a similar,
related or substitute duty or power which the United States
Secretary of the Treasury prescribes.
"Financial transaction." A transaction involving the
movement of funds by wire or other means or involving one or
more monetary instruments.
"Knowing that the property involved in a financial
transaction represents the proceeds of unlawful activity."
Knowing that the property involved in the transaction represents
proceeds from some form, though not necessarily which form, of
unlawful activity, regardless of whether or not the activity is
specified in this section.
"Monetary instrument." Coin or currency of the United States
or of any other country, traveler's checks, personal checks,
bank checks, money orders, investment securities in bearer form
or otherwise in such form that title thereto passes upon
delivery and negotiable instruments in bearer form or otherwise
in such form that title thereto passes upon delivery.
"Transaction." Includes a purchase, sale, loan, pledge,
gift, transfer, delivery or other disposition. With respect to a
financial institution, the term includes a deposit, withdrawal,
transfer between accounts, exchange of currency, loan, extension
of credit, purchase or sale of any stock, bond, certificate of
deposit or other monetary instrument and any other payment,
transfer or delivery by, through, or to a financial institution,
by whatever means effected.
"Unlawful activity." Any activity graded a misdemeanor of
the first degree or higher under Federal or State law.
(Dec. 22, 1989, P.L.770, No.108, eff. imd.; June 28, 2002,
P.L.481, No.82, eff. 60 days)

And he looks like such a fine chap, it's always the ones you least expect...
Reactions: Jon-T

pete6032 said:
Everyone talks about how awful Florida is but honestly I think rural Pennsylvania is home to some of the worst people in America.
Click to expand...

Jon-T said:
err, or at least parts of them.

I just saw this XD 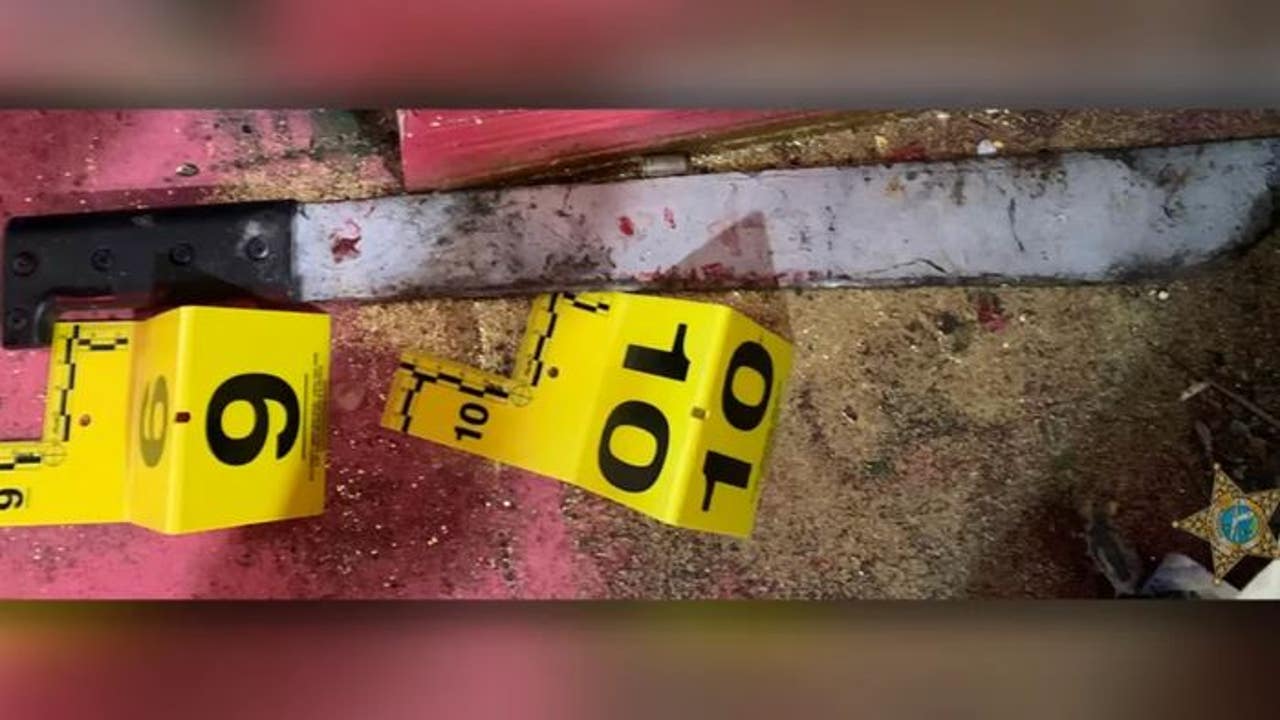 Florida man armed with machete crawls into bed with victim, says 'I love you' before being killed by deputies

The Florida 911 caller said the man with a machete who broke into his home was 'a little whacked.'