So Project ReSX was born (Radeon eSports Experience). Its goal was to optimize performance for some of the “most popular” PC games for Radeon GPUs. The efforts included both driver-level fixes, tweaks, and optimizations, as well as direct interaction with the game developer themselves. Depending on the level of involvement that the dev would accept, AMD would either help optimize the engine and game code itself locally or would send out AMD engineering talent to work with the developer on-site for some undisclosed period of time to help address performance concerns.

Driver release 18.3.1 which is posted on AMD’s website right now, integrates these fixes that the company says are available immediately with some titles and will be “rolling into games in the coming weeks.”
Click to expand... 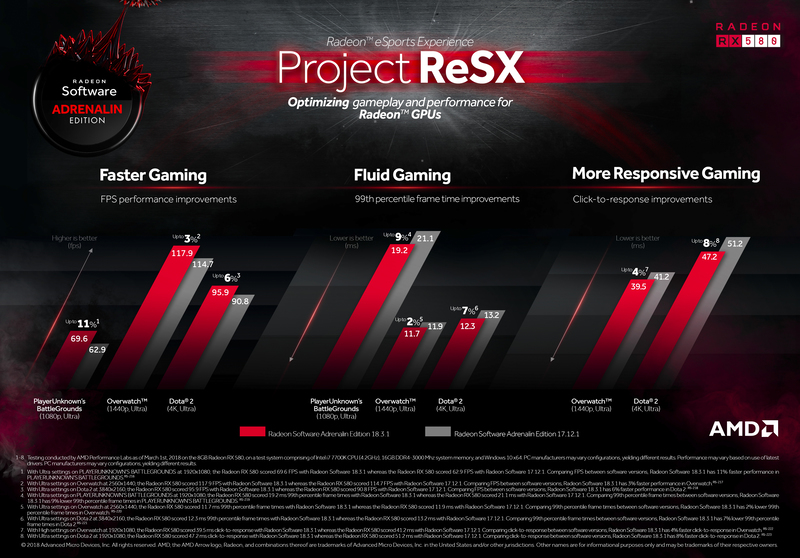 They need to add League of Legends and Heroes of the Storm to this program.

Anyway, every effort to driver improvement is welcomed I think

milagromisha said:
I have a Radeon rx 580 graphics card, but I want to update my computer
Click to expand...

Maybe post in a more recent thread (or make one of your own)?

So now AMD works with game devs to optimize shaders for better performance? Or do they do something else this time?

The red spirit said:
So now AMD works with game devs to optimize shaders for better performance? Or do they do something else this time?
Click to expand...