Aleppo, Syria
A Turkey-backed Syrian rebel fighter at a position near the city of al-Bab, on the border with Turkey 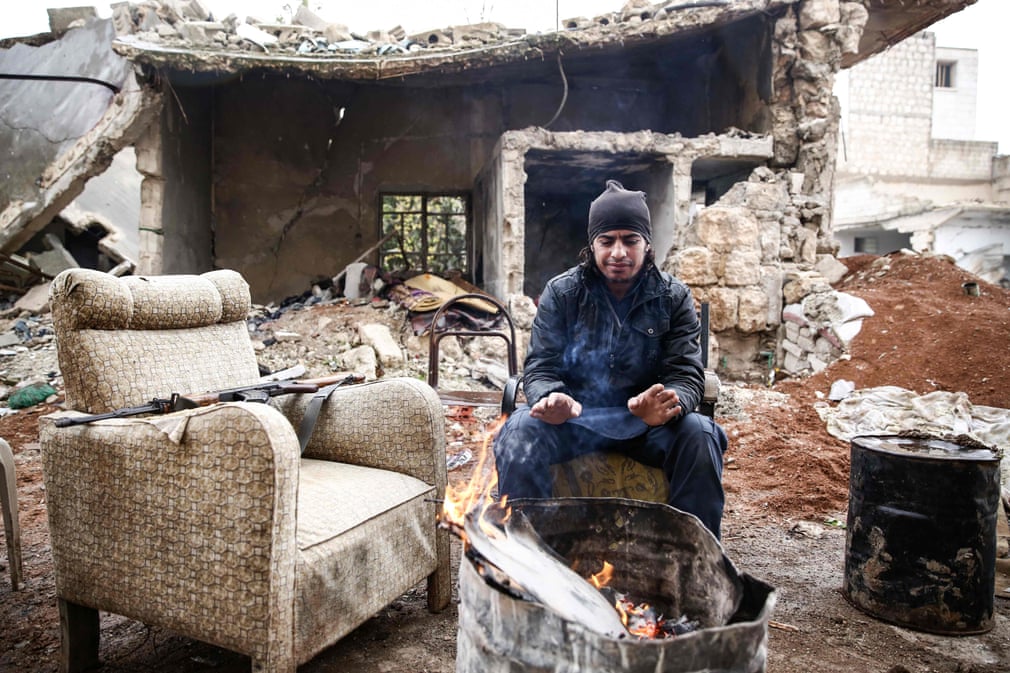 Tijuana, Mexico
Travellers on the migrant caravan at the border with the US are met by Mexican police in riot gear. Many managed to run past them, climbing up steep walls, crossing the Rio Tijuana and difficult terrain and reaching the border but were met at times by teargas from US agents when they tried to climb the fence. Eventually Mexican police moved the crowd, including many women and children, back to the shelter 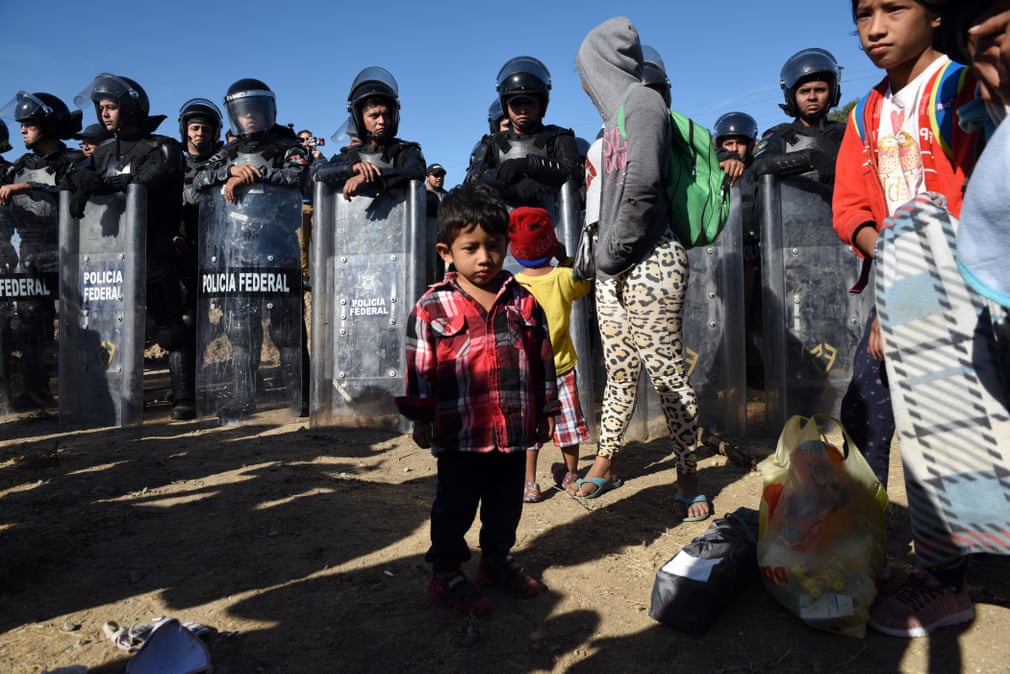