Every 5 levels you get a special warfront mission.
Its not only tougher but has special siege weapons. And of course, more upgrade skulls if you win.
Like Orcs Must Die 2, this one lends itself to multiplayer. All the levels except the first one have branching paths and you get stomped if you try doing them alone.

Theres some new weapons, lots of new traps, and quite a few changes. Most things need you to meet specific requirements before you can unlock the special upgrades. Many weapons require you do a certain amount of damage or get so many kills. Most traps require kills or damage, or activations if they arent really the damaging type.
Acid has been moved to the floor. Freeze has been moved to the wall. A couple other minor differences.
You can play as two new characters but they feel the same.
Also theres slots for many more characters so I think they also included the original ones, and some bonus characters. You can play as the original war mage with grey hair in the current weekly event.
oh, and theres weekly challenges. and some new modes in addition to endless.

Its on Steam as of yesterday. 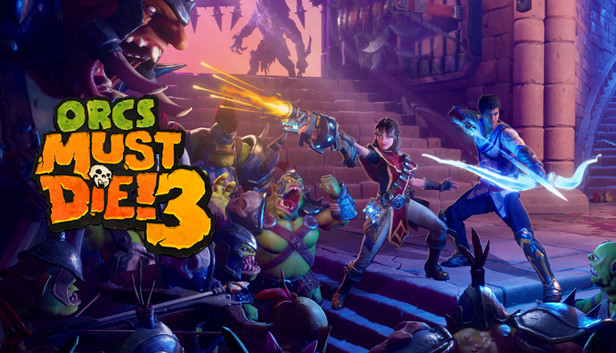 Orcs Must Die! 3 on Steam

Slice, burn, toss, zap, grind and gib massive hordes of repugnant orcs in this long-awaited successor to the award-winning Orcs Must Die! series.

I completely missed it, somehow. Coulda sworn this would be on my Wish List.

Graphics, sound, and physics all seem to be slightly better. But its not exactly Doom 5 with ray tracing or anything.

I really enjoyed OMD 1, was a fantastic take on the tower defense genre, but I've had cold feet with 2, and apparently now 3 as well since I've read that the games are designed around multiplayer and the single player experience really suffers because of it.

I know the games are indie titles, but would have been nice if the games maintained some sort of balancing/handicap features to make the single player experience more functional.

I have the first two but never played them because I became obsessed with Dungeon Defenders. After around 3,000 hours on DD, I completely forgot about Orcs Must Die.

Stg-Flame said:
I have the first two but never played them because I became obsessed with Dungeon Defenders. After around 3,000 hours on DD, I completely forgot about Orcs Must Die.
Click to expand...

Amusingly enough, I tried going in the opposite direction (started with Orcs Must Die! and went to Dungeon Defenders), and I just couldn't get into it. It's a bit odd because they're still pretty similar, but it just didn't scratch the same itch. There was another game that I also tried, but it just wasn't the same either!

If anyone wants to break the game with a buddy, watch this.

picked it up for less than ten bux. fun game. 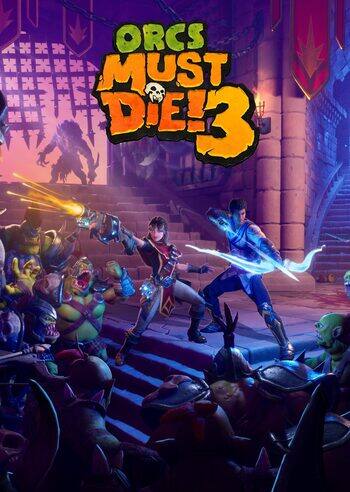 Eneba.com has Orcs Must Die! 3 for $7.37 Follow the instructions below to get the discounted price of $7.37 Service fees apply. Use the indicated discount codes to reach the following prices ( ...