Looks like a cross between Dishonored and Prey since it is made by Arkane studios. Might be interesting

Given the game is made by Arcane, I figure it will be a quality Shock-like descendent, no questions asked.

The game's aesthetic is giving me a hard time though, especially from what was just shown in the preview.

Really hope that scatter brained 60's "fun house" look does not permeate every area of the game.
Q

GodisanAtheist said:
Given the game is made by Arcane, I figure it will be a quality Shock-like descendent, no questions asked.

The game's aesthetic is giving me a hard time though, especially from what was just shown in the preview.

Really hope that scatter brained 60's "fun house" look does not permeate every area of the game.
Click to expand...

The aesthetic is very weird, I hope they have some sort of explanation for it. Reminds me of We Happy Few (soso game).
Reactions: Achilles97
I 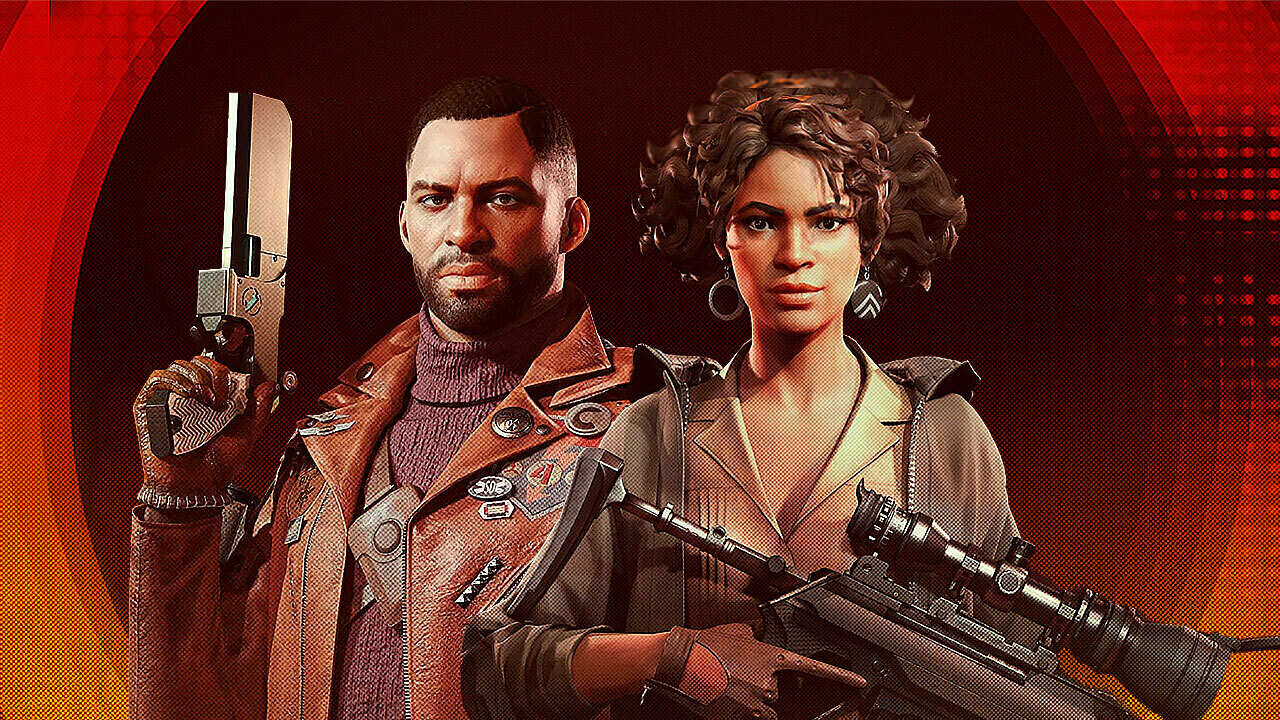 Deathloop Review: All You Need Is Kill

Arkane Lyon's follow-up to Dishonored is a masterclass in open-ended action game design.

I never was a big fan of this art style ever since they've introduced it with Dishonored and now every single game Arkane studios makes uses it, maybe they should shake things up a bit.
Last edited: Sep 14, 2021

From the review I watched on ACG he says it's a good game but lacking in a few things like animations, combat style. I thought it was a multiplayer title at first and had no idea it has a story.

What's cool is you alter parts of the story as you play but I feel like it needs more than just go find these people and get rid of them.

Regardless the final decision from the review was wait for a sale.

I also am not a huge fan of the art style but I can tolerate it to a point.

I can immediately see the heavy Dishonored influence.

Arstechnica was not a fan of it but it looks intriguing:

Santiago tested it with below minimum GPUs and a 10100f. Wasn't too bad with any of the cards.

Getting hammered on Steam for a stuttering issue people appear to be blaming on Denuvo. Currently sitting at a "mixed" review score, which is pretty rough...

The A.I. appears to be terrible, and he did mention the stuttering happens above 60fps. There were times when it was past 80 percent usage on the i3. 6/6 would be maxed it seems. More DRM shenanigans also sounds about right.
Reactions: Captante

Will report back after playing some.... hopefully my 5800x + 3080 will prove sufficient to run it with the garbage Denuvo anti-piracy BS in the background.

Well I played for about an hour so far and IDK ... feels like they blew it.

Performance is fine on my admittedly high-end system but the gameplay so far kind of sucks. Whoever decided it was a good idea to eliminate saves and difficulty levels was a moron.
Reactions: JimKiler

A buddy of mine said he was waiting for this for a long time to be released (no idea why, I never heard of it until this thread) and he already requested a refund on Steam.

He claims the stuttering issue isn't a small issue like some claim it is. He says it can get bad enough you can screw up your attacks completely or it'll simply get you killed. He also said there's a lot of collision issues with the geometry and several times he just fell out of the map. There were a lot of other things in his rant about the game, but since these are his words and I never played it, I'll just leave it at these two issues (which seemed to be the main aspects of his refund).

And this is exactly why I never pay full price for a game. I'm sure all of these issues will be eventually worked out, but this is why a lot of games flounder. The first impressions are the lasting ones and if you get a Dead Island first impression, you're going to lose a massive amount of potential fans very quick.
Reactions: Captante, JimKiler and GodisanAtheist

Captante said:
Well I played for about an hour so far and IDK ... feels like they blew it.

Performance is fine on my admittedly high-end system but the gameplay so far kind of sucks. Whoever decided it was a good idea to eliminate saves and difficulty levels was a moron.
Click to expand...

There has to be at least a checkpoint system? It's is strange for an action game to hear that.
Reactions: Captante

sze5003 said:
There has to be at least a checkpoint system? It's is strange for an action game to hear that.
Click to expand...

There is a checkpoint system. Most of the Steam reviews mention the game is a repetition of just going from checkpoint to checkpoint.
Reactions: Captante

What I intended to say is that there's no "save on demand" system which was one of the best things about Dishonored 1&2. (both those games offered great multiple play-throughs too)

Played for several more hours last night after the above comment... I won't make any final judgements this early on but I'm feeling like I should have waited for the reviews.

Leaning towards sorry I bought it.

Last game I bought pre-release was Mass Effect 3 and this looks to be going the same way.... big disappointment.
Last edited: Sep 16, 2021

Stg-Flame said:
He claims the stuttering issue isn't a small issue like some claim it is. He says it can get bad enough you can screw up your attacks completely or it'll simply get you killed
Click to expand...

People got excited because of nostalgia for Dishonored II ... it truly is a masterpiece. Then we all got sucked in by the great soundtrack/theme video and the promises that we believed based on reputation.

Know what his hardware specs are out of curiosity?

This game has a memory leak? Or what? 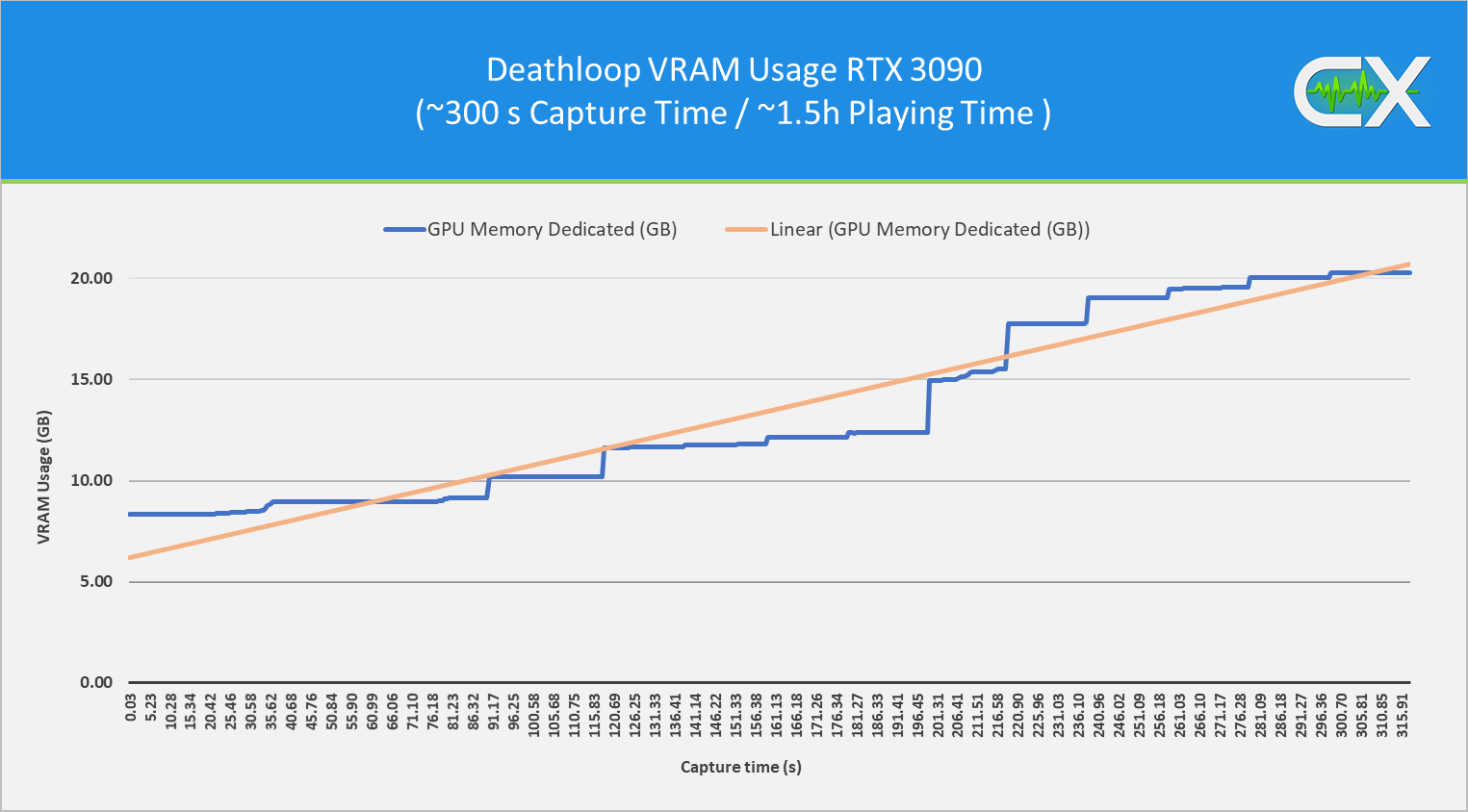 DAPUNISHER said:
This game has a memory leak? Or what?

It doesn't really look like a memory leak, unless once it hits the limit of the graphics memory performance takes a dump. I haven't heard anyone say it does though.

Looks more like it is lazy about unloading unused assets until it runs out of memory.
Reactions: Captante

DF has analysis and PS5 settings for PC. Most of what is being reported as stuttering is a mouse movement issue. It appears that any fps not evenly divisible by 60 is a problem. The real stuttering was rare in his 40hrs of gameplay, but fixed by restarting the game. This game seems to be accurate when it tells you how much ram the game will need in the menus. But instead of stuttering when the ram pool is too low, it fails to stream textures properly so you get pop in. So all that ram getting eaten up, may indeed be the game reserving a big pool for asset streaming.

There is a beta patch you can try on steam by typing juliannashotme.

so, this game has been out for .. 3 days?
And we already have a sub- eight minutes glitchless speedrun.
letterkenny_tobefair.jpg the point of the game is to figure out what you need to do, rather that challenging you with having to do it. The idea of combining clue-investigation with FPS is clever, i have to admit.
Reactions: Captante

so that above is only 1 loop, which you can only do if you have already unlocked a whole set of things and you'd also need to know stuff you possibly couldn't at the start.
here instead is a from-zero speedrun in just half hour:

Some of you have to be, must be, absolutely are using Nvidia gpu drivers from earlier than 471.96 that came out the last week of August and are running the game. Maybe not running it very fast but still running it. Or you did use an older gpu driver and then got new ones but both still got the game to run.

The game says it supports 471.96 and later. Then right after that it says using earlier drivers may not work the best or words to that effect. But that statement implies some earlier ones work.

Just wanted to know if some NV drivers from the summer and spring of 2021 are working or worked to get in the game. No I don't have to know, like I said or implied above it's impossible that some earlier Nvidia drivers are not working to at least start it. At least some from June up to mid August. Yes that was a rant.
Last edited: Sep 24, 2021

First time I ran the game it was on WHQL driver v471.41 vintage July 19th and it seemed to run just fine... or at least the game didn't crash on me.