Don't know who Media ITE is but... 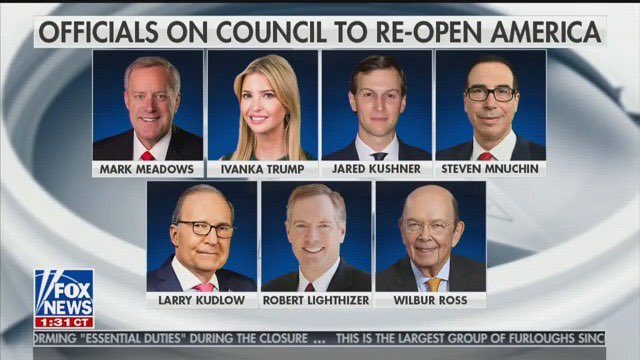 Fox News White House correspondent John Roberts reported on Monday that President Donald Trump will soon announce a council to re-open the U.S. economy amid the coronavirus pandemic, a plan that was q

"The current members of the council to “re-open America” include Mark Meadows, Ivanka Trump, Jared Kushner, Steven Mnuchin, Larry Kudlow, Robert Lighthizer, and Wilbur Ross, none of whom are experts in medicine, science, or public health. Several members of this team have come under fire for making statements about the coronavirus outbreak which have proved to be far from prescient. Ross, on Jan. 30, said that the pandemic would bring jobs back to the U.S. And on March 6, Kudlow said the virus was “contained.” Those two men, along with the commander-in-chief’s daughter and son-in-law, will comprise a majority of the group charged with what Trump himself has termed the “most important decision” of his presidency — the call to determine when America will reopen. "


This is truly the magnificent seven.
Click to expand...

Damn and I thought their first choices were bad. 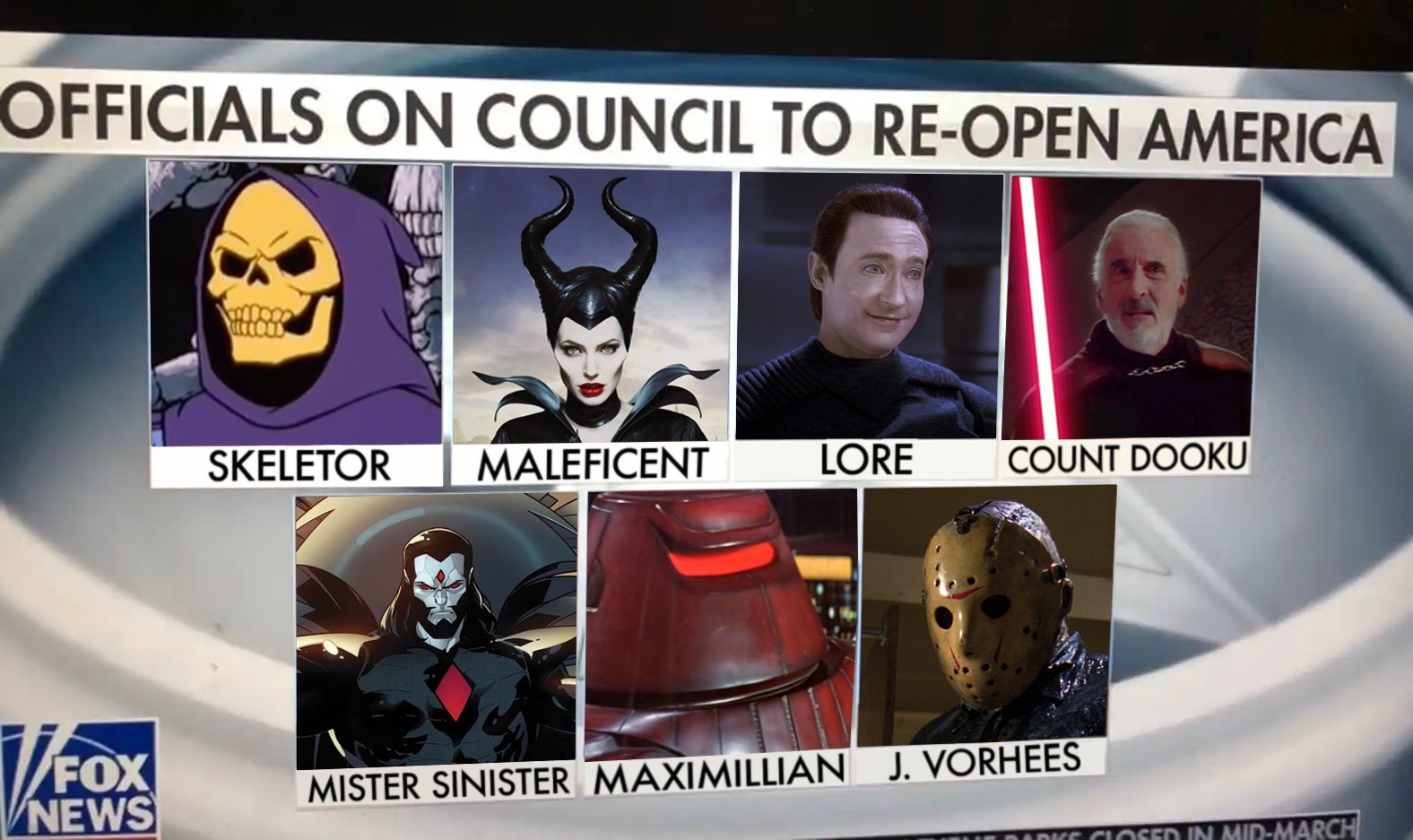