I picked up a 3070 as an upgrade over my 2060 Super. I was going to skip this generation but I got a really good offer for my old GPU, so I bit the bullet. 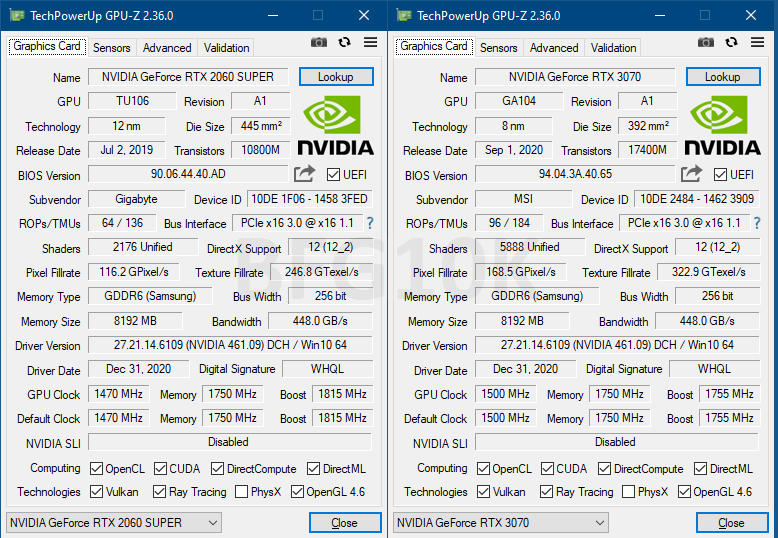 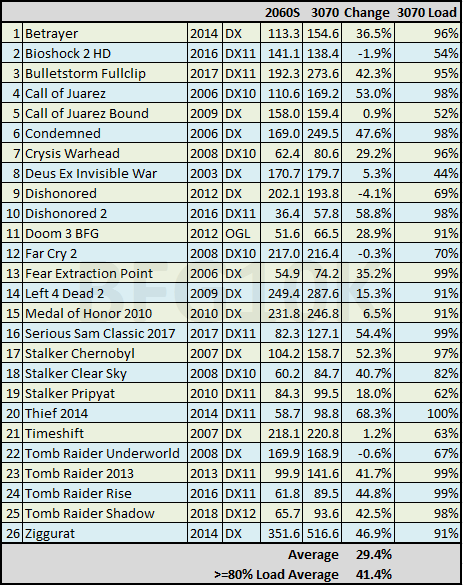 Many tested scenarios clearly underutilize the 3070 but it’s still important to check a range of legacy titles to make sure there isn’t a catastrophic regression lurking somewhere. More on this later.
#7 can it run Crysis? Yes! I expect I’ll be able to increase 2xTrSS to 4xTrSS and still stay above 60FPS, finally making this a solved problem for me on the 3070.
#8 is 18 years old and despite all odds I still got a slight improvement.
#10 is where I needed performance the most and it far exceeded my expectation, as I thought I’d get about 45FPS.
Memory bandwidth generally doesn’t seem to hamper the 3070 much except maybe #14 & #15, where there’s a high GPU load but not much uplift.
#20 provided the biggest performance gain from the 3070, seven years old at that. Maybe those “hyperthreading” Ampere shaders really like this game.
#26 is surprising. The Unity engine seems to scale really well and blast out high framerates in this game.

Some constantly talk about RTX/DLSS but the reality is vastly more gamers have legacy libraries that indefinitely age. There’s an expectation of worry-free compatibility on modern hardware, especially at these exorbitant prices. If an overpriced GPU can’t run the games I want to play, it’s utterly useless.

This is nVidia’s real strength. Their drivers are consistently superb even for ancient games.

Here are some screenshots of 21 year old titles that I regularly replay, running on the 3070 with the latest version of Windows, in 2021. And despite the archaic APIs being used, the driver correctly forces 16xAF and 4xMSAA, producing beautifully stable and clean image quality. 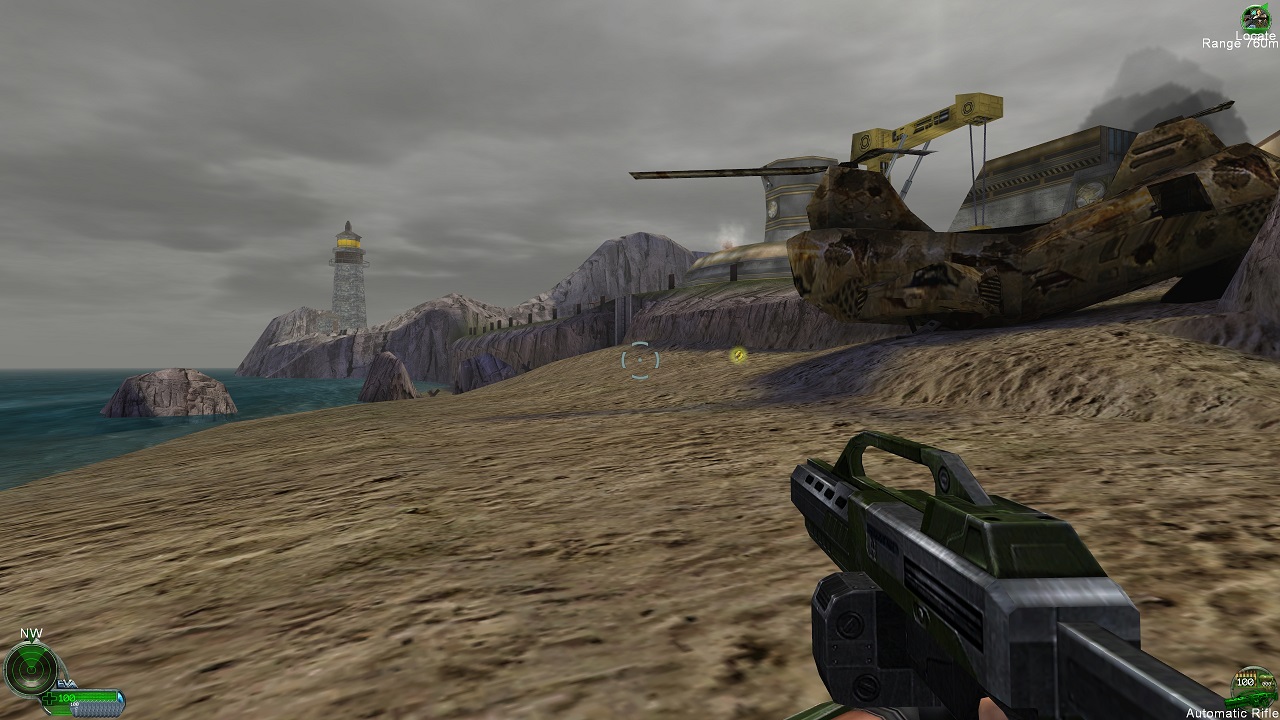 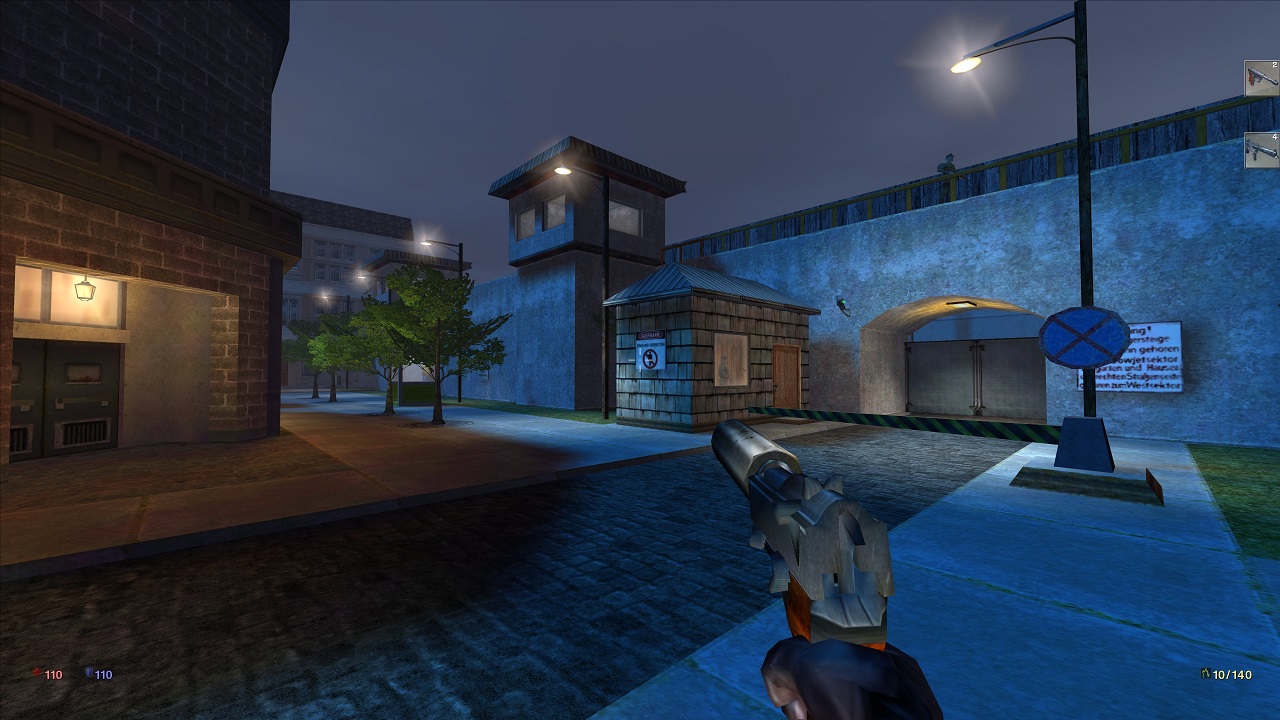 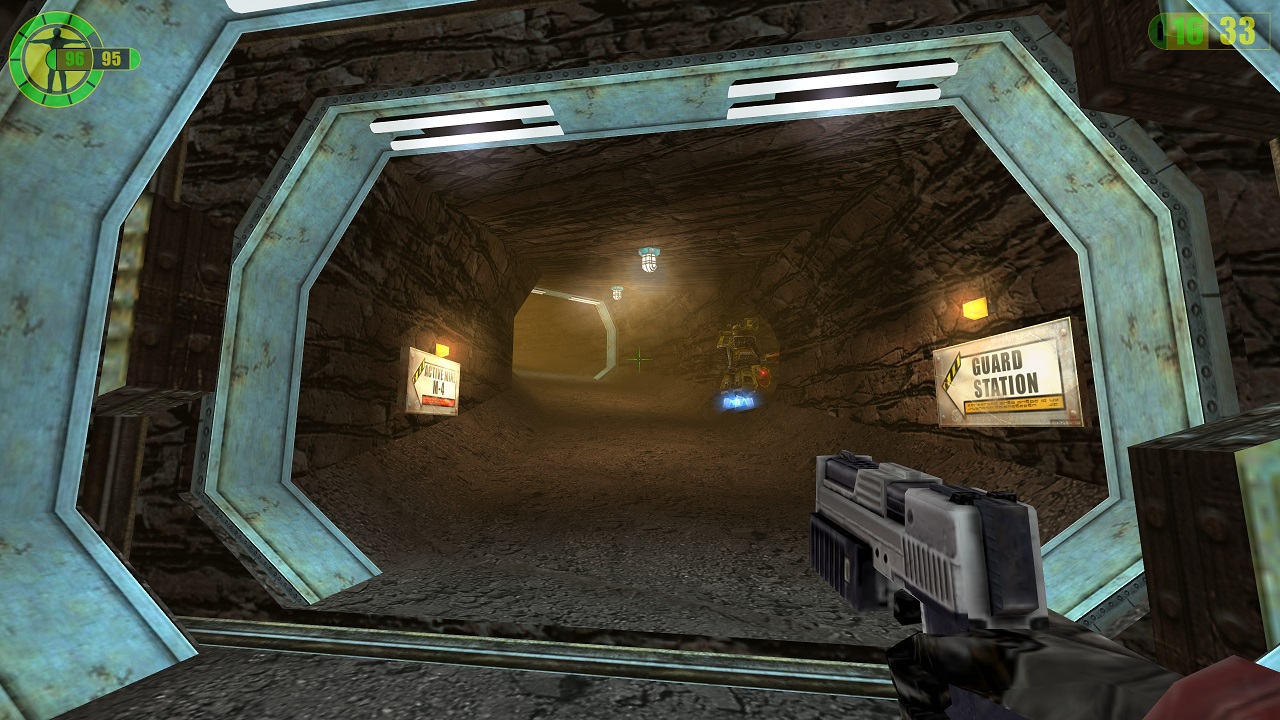 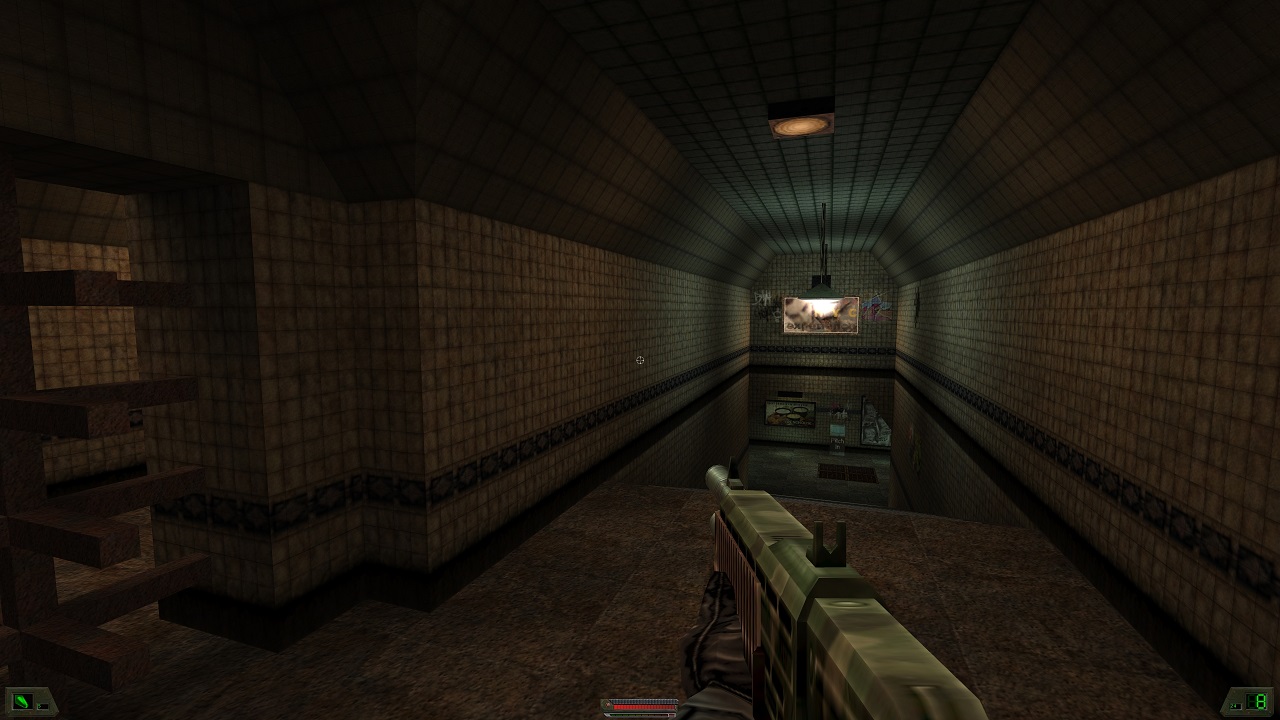 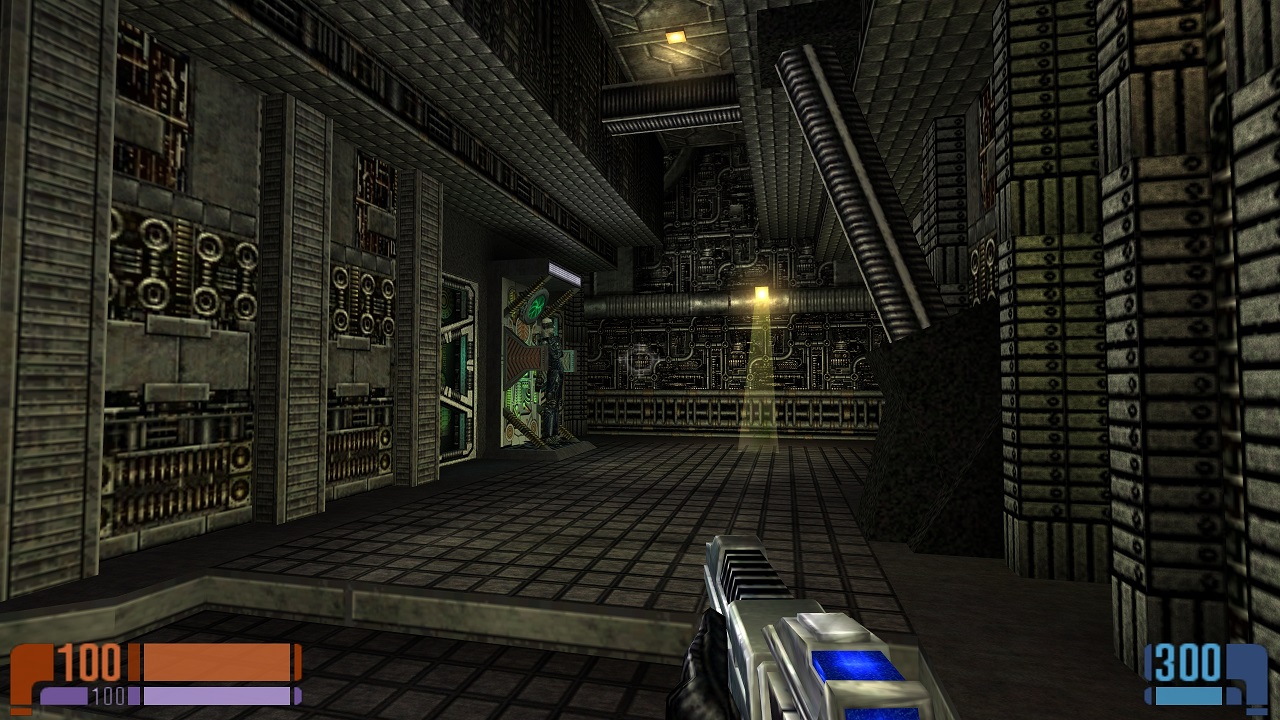 I sold the 3070 as I wasn't happy with gaming on a noisy furnace. I have a 1050TI on temporary loan while I figure out what to do next. In the meantime I had some fun benchmarking it: 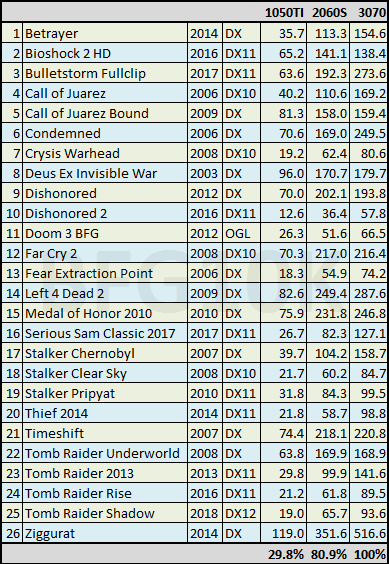 The 1050TI is a potato but it manages 1440p + AA + 60FPS in a few of those games. And it's always dead silent so it's extremely pleasant to game on when it delivers enough performance.
Last edited: Jan 31, 2021
Reactions: Magic Carpet, DAPUNISHER, SMU_Pony and 8 others
0

Wow awesome. I appreciate the detailed post. I have a 9600K and a 1080 and was wondering how an upgraded GPU would perform with my system. I'm just interested in adding decent RT performance at 1440p. I will probably snag a 3060TI if I can get one for MSRP soon, if not I will wait on the 3060 release next month to see how that performs.
0

Great job, thats such a huge amount of work to test all that games. Its interesting to see some older games run worse on the 3070, although still plenty fast enough to not really matter.
Reactions: DAPUNISHER
0
M

Stuka87 said:
Great job, thats such a huge amount of work to test all that games. Its interesting to see some older games run worse on the 3070, although still plenty fast enough to not really matter.
Click to expand...

Outside of the results for Dishonored (#9) anything that runs worse is likely within the margin of error for the GPU not making any difference. You'd probably need a much deeper dive into what the specific cause is, but it really doesn't matter too much in a general sense. Additional test runs for both Dishonored and probably Bioshock 2 since that's marginal would help identify if there really is a regression or if the results are perhaps an anomaly.

Some of those screenshots are making me feel awfully nostalgic though.
0

Mopetar said:
Some of those screenshots are making me feel awfully nostalgic though.
Click to expand...

Stuka87 said:
Its interesting to see some older games run worse on the 3070, although still plenty fast enough to not really matter.
Click to expand...

Performance changes within 2% are generally benchmarking noise and margin of error.

Or it could simply be that the tremendous complexity of all this interconnected software means some things simply won't scale exactly how you expect.

Anything that looked like an outlier was retested the next day after a cold boot and the results were the same. I also confirmed sustained boosting as high as 1920MHz on the 3070.

No One Lives Forever and it's sequel are amazing games.
Reactions: Magic Carpet
0

I sold the 3070 as I wasn't happy with gaming on a noisy hairdryer furnace. Nasty, and I'm not doing it again.

I have a 1050TI on temporary loan while I figure out what to do next. Wow, the silence is golden. No matter the load it barely rises above the system's very quiet noise floor, and I have to really strain to even hear it.

Also after years of using high TDP cards there's something really strange about seeing PCIe connectors hanging in open space, unconnected, as the card gets everything it needs from the slot.

I'm done with high TDP cards. The new self-imposed limit is 180W or less, and I may even decide to lower this limit.
Reactions: Magic Carpet
0
C

Thanks for doing this. I have a big library of old games and mods too and make sure any card I buy works with them. I just played NOLF 1/2 and Renegade for the first time a few months ago on a 1080ti. I have found that forcing MSAA is inconsistent though and often doesn't work in DX7/8 games, even in cases where I remember it working years ago.
Reactions: DAPUNISHER
0


I went with GAMING X TRIO instead of Ventus 3X because the cooler looked really poor (it's worse on RTX 3060 Ti compared to RTX 3070). TRIO is overkill even when the power limit is 250W. It's essentially silent under full load.
0
M

I sold the 3070 as I wasn't happy with gaming on a noisy hairdryer furnace. Nasty, and I'm not doing it again.
Click to expand...

Aren't so of the AIB models a lot better? I guess that I also game with a headset on which does dampen noise from fans a fair bit.

If you're running a lot of older titles a 3070 doesn't make much sense anyway since it's over kill.
0
C

Some of us play mainly new games but revisit old ones too, and want them to work without glitches. But yeah, another AIB model might be better. Many of the higher end coolers are very quiet even for cards using 400W or more.
0

Mopetar said:
Aren't so of the AIB models a lot better?
Click to expand...

If they cost $10 I'd be happy to play a bit of Russian roulette, but not at these prices.

I guess that I also game with a headset on which does dampen noise from fans a fair bit.
Click to expand...

This thing was easily audible over a reasonable game volume when using headphones. It was also belching out a tremendous amount of heat onto the CPU and raising room temperature compared to the 2060S.

If you're running a lot of older titles a 3070 doesn't make much sense anyway since it's over kill.
Click to expand...

True, but I'd still like some extra performance in the newer AAA titles, like going from high to ultra for some settings in the Tomb Raider games.
Last edited: Jan 31, 2021
0

Are you sure that your air intake is at adequate level? My Phanteks P600s has no trouble handling the 250W heat that this overclocked RTX 3060 Ti dumps inside the case. If I keep the front panel blocked, then CPU temperatures will a lot (as much as 10c higher average in Control). GPU is about the same with 100-200 higher fan RPM so still whisper quiet but CPU takes the hit. In my case (lol) I use three intake fans and one exhaust. Top is covered.

I don't think that I'd want 400W monster inside my case though. 300W would be probably about the max - higher than that would start to dump too much heat in my room.
0

Tup3x said:
Are you sure that your air intake is at adequate level?
Click to expand...