How bad can a card with DisplayPort/HDMI/DVI be, with 4GB of GDDR5? Seems modern.

Anyone know the specs on this card, like number of CUs or shaders or cores? CNet has specs, but it says "DDR3" for memory, so who knows what other of their specs is wrong.

TPU has some specs, but all three variants of their cards, show "no outputs", like this was some sort of early compute card, and doesn't have display outputs. Which HAS to be wrong, the HP page and specs clearly call out an HDMI, DVI (with DVI-to-VGA adapter in box), and DisplayPort, and "Support for 4 displays".

So I'm not really sure what to make of this card. Sort of an enigma. I ordered a few to play with, hopefully the picture on Newegg is accurate, and they DO have display outputs.


Edit: Now I'm thinking that driver support MAY be IFFY on these cards, if they are OEM-only, and not naturally-supported as GCN-variant cards by AMD's normal driver distribution packages. Hopefully, Win10 will be able to pull in a working driver for these cards off of the internet somehow, even if that's true.

UserBenchmark does have some entries, some with different PCI IDs, hence three different listing groups all called "R7 450". 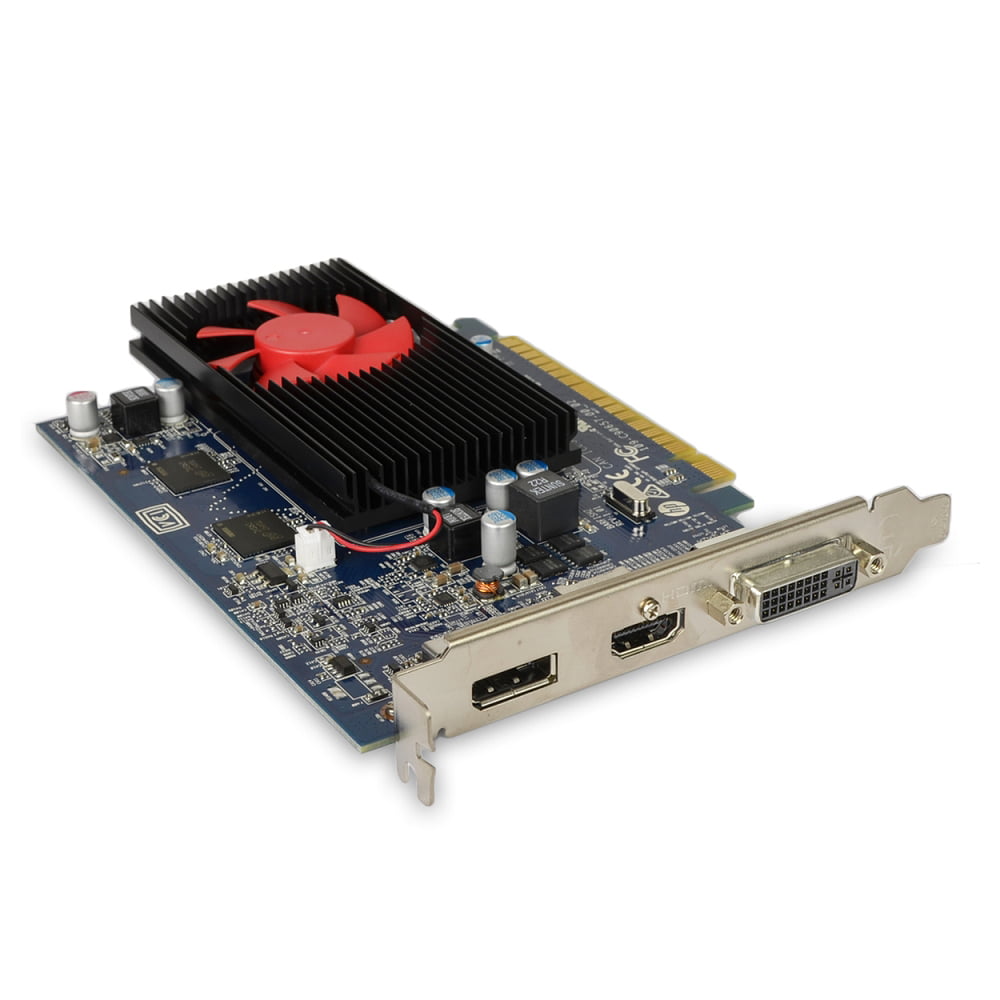 For the money, it’s not bad at all. Thanks Larry.

I actually tried to cancel my order for a few of these. Going to wait a bit. Deal might be gone by then, but oh well. I didn't really have the money spare anyways.
M

Vendors ebay store is full of curious stuff, same place I bought my RX 460 from last year. Seems like the branded, HP/Dell etc AMD video cards can be a bit weird. Price was right for me at the time, and no issues with the card for me.

If you're feeling adventurous, as I was this morning, peruse ebay for "i5-6500 tower", and the top listing, from "l4techs", has them with 8GB of DDR4 and a 1TB HDD for $169 shipped free from Cali. HP 400 G3 micro-Tower or something like that. If you do an image search for it, you can see the insides. The pics I saw, showed 4 DIMM slots, but only two soldered on (in the YT unboxing vid). 3x SATA ports on mobo, HDD and DVD provided, so you can add a SATA SSD. (Much like the layout of the "HP Power Gaming PC from Walmart", there is an additional HDD/SSD bay empty, and presumably a spare SATA power cable available, though I could not verify that from the video.) I think, on the MT and not the SFF versions, that the PSU is ATX and can be swapped.

I *think* that's one of the factory models of PCs that are mentioned in the HP specs page on the HP page for the card in the OP. So you would be re-creating a factory somewhat-gaming-PC build. I'm curious (if my order for these cards doesn't get cancelled, for some reason) how they perform, in an i5-6500 rig, which honestly, isn't much different than the i5-7400 mentioned in the YT gameplay vid for the card in the OP.

Gaming PC is a term rapidly losing its meaning, other than "has some 3D hardware" vs a "work" PC. Its more like what game do you want to play, what video card does it need?
You must log in or register to reply here.
Share:
Facebook Twitter Reddit Tumblr WhatsApp Email Link