In other words, 'our numbers look good if we only count the white folks.'


It looks like he's at least trying to do something about it.

His proposed Connected MOM Act, S. 801 (117), co-sponsored by Sen. Maggie Hassan (D-N.H.), would tackle some of the access issues by requiring Medicare and Medicaid recommendations for mothers to remotely monitor their blood pressure, glucose and other health metrics. Cassidy also co-sponsored a bill named after late Rep. John Lewis, S. 320 (117), signed into law this March, to study racial health disparities.
Click to expand...

But then he shoots himself in his racist foot. He never would have phrased it like this if he was talking about white folks or even the Cajun folks in the bayous.

“Sometimes maternal mortality includes up to a year after birth and would include someone being killed by her boyfriend,” Cassidy said. “In my mind, it’s better to restrict your definition to that which is the perinatal, if you will — the time just before and in the subsequent period after she has delivered.”
Click to expand...

He's technically correct but he put a racial spin on it.

Louisiana has been an early-adopter in that transition. Thirty-six states and the District of Columbia now require officials to investigate pregnancy-associated deaths but just nine states and the District of Columbia require officials to consider racial disparities and equity in their reviews, according to a Guttmacher Institute analysis. Louisiana is one of them.

That means gunshot deaths within a year of pregnancy count as maternal mortality, along with overdoses, car crashes and deaths by suicide. Maternal health experts such as state official Gillispie-Bell defend this broad definition as a holistic approach that considers factors like food insecurity, workplace conditions, economic stability and family dynamics. In a report co-authored by Gillispie-Bell, homicides among pregnant people were 16 percent higher than nonpregnant people between 2018 and 2019.
Click to expand... 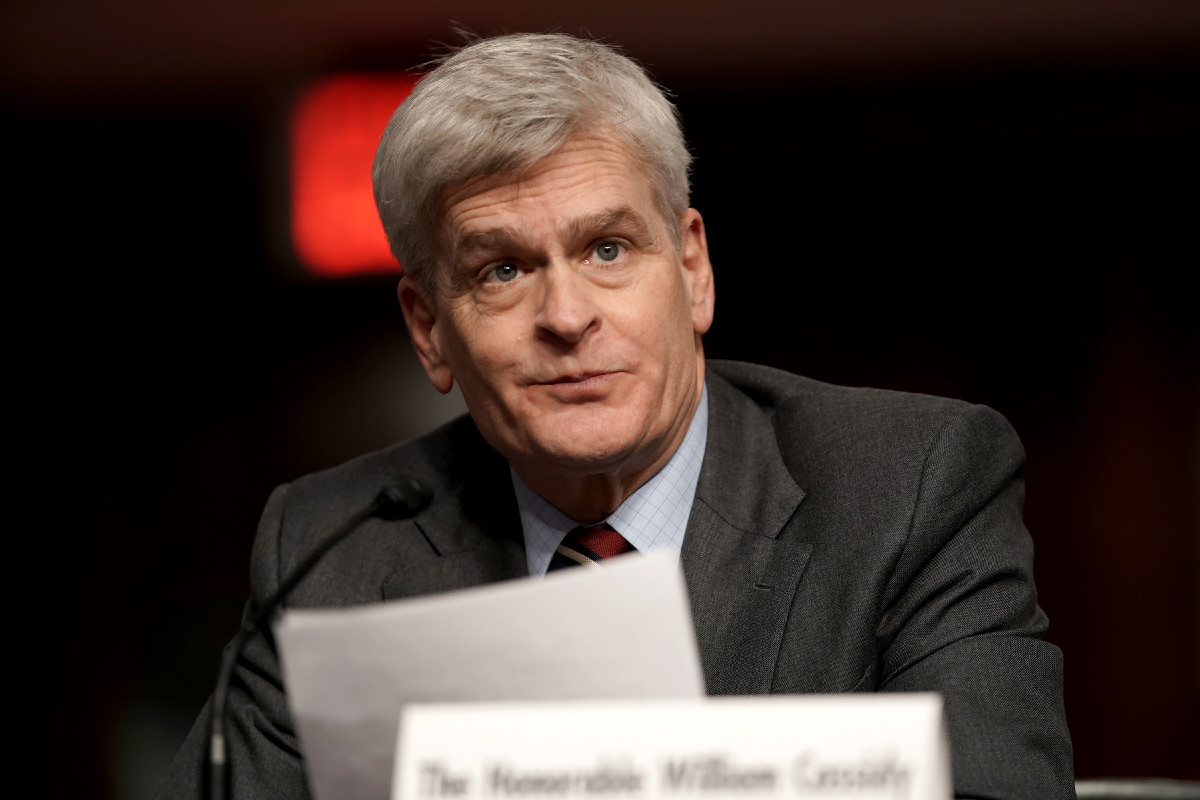 Why Louisiana’s maternal mortality rates are so high

Experts point to the many reasons behind the state's crisis.


Having said all of that, he's a doctor who used to be a democrat and has done some good things in the past but he went to the dark side.

It's an international phenomenon.


hal2kilo said:
Maybe it has something to do with our system. You know systematic racism.
Click to expand...

So even with better safety net for bottom half, universal health care, and less oppressive history, Canada and UK have proportions similar to US. Interestingly, while the UK black pop does poorly on maternal outcomes, they have a higher projected life expectancy attributed to the healthy migrant effect.

Black women in the U.K. and U.S. are four times more likely to die in pregnancy or childbirth than white women, according to official data. A recent U.K. study published in The Lancet found that Black women's risk of miscarriage is 40 per cent higher than white women's. In Canada, that level of demographic tracking isn't available. 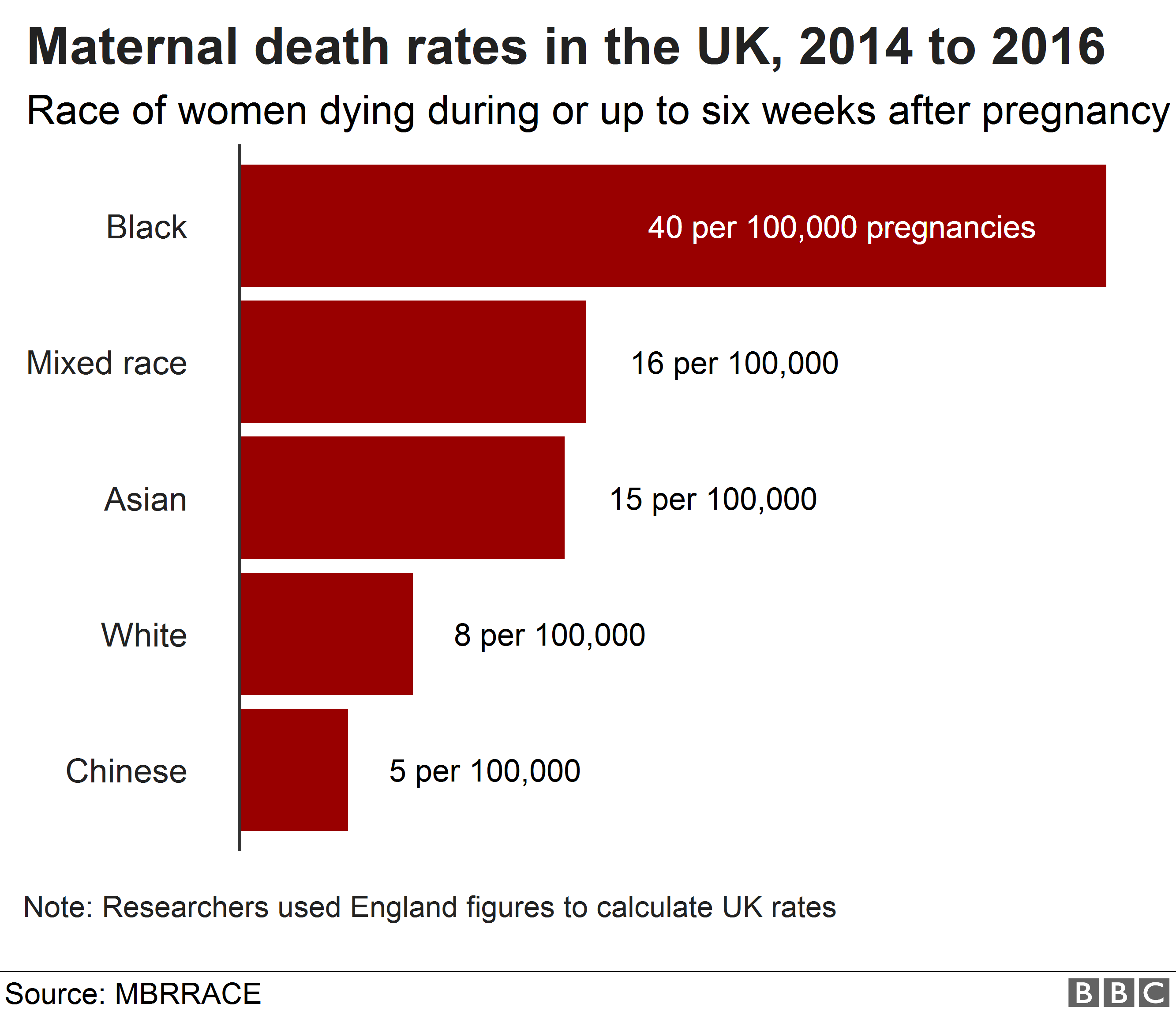 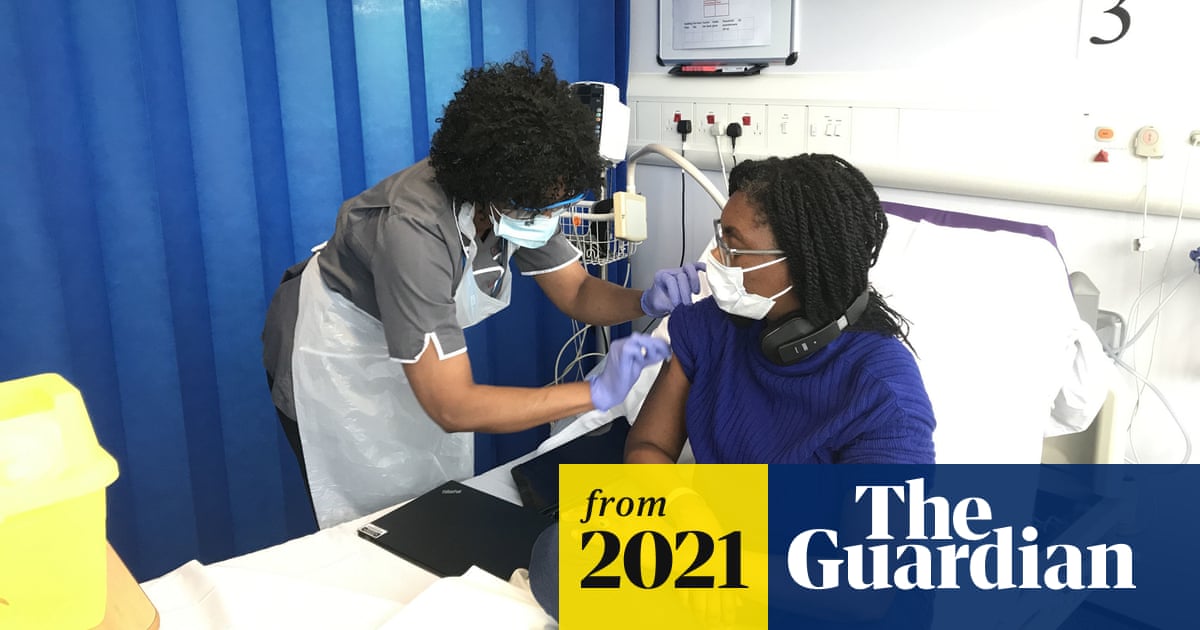 Dr Veena Raleigh, a senior fellow at the King’s Fund thinktank, said the ONS analysis was robust and consistent with previous research. Academics and commentators often say ethnic minorities have the worst health outcomes, she said, “but that’s not always supported by the evidence”.

One key reason for higher life expectancy among ethnic minorities is the so-called “healthy migrant effect”. There is evidence that migrants tend to be healthier, with lower levels of smoking, alcohol consumption and other risk factors, she said, noting that this effect wanes over time as the following generations generally assume similar lifestyles to native populations.

Greenman said:
It read it as a qualifier rather than a race statement.
Click to expand...

Did it occur to you a non-racist way of stating it would have been...

Our state has a problem.

America has a problem?

Not, hey everything would be fine if it weren't for those black women

I bet that never dawned on you. Why would it as long as the white women are fine.
Reactions: pmv, dank69 and Meghan54

Bill Cassidy - “If you correct our population for race, we’re not as much of an outlier as it’d otherwise appear.”

Of course, if that is what Cassidy was arguing, he could have significantly helped his case by specifying exactly what those factors affecting maternal mortality in black women are. Of course, he did not, because he knows nothing about the issue other than what he thinks his base wants to hear.

When a reporter asked him what how Roe v. Wade being overturned would affect maternal mortality rates, he dismissed the question by replying: - “If we’re using abortion to limit maternal deaths, that’s kind of an odd way to approach the problem,”

That, of course, is total bullshit! ...He knows damn well that the bans and restrictions would have big effects on maternal health. if more pregnant people can’t get the treatments they seek, they’d shoulder the risk of the U.S.’s relatively high and rising rate of death from pregnancy related causes, which is particularly elevated among people of color. There are going to be women that will die from pregnancy because of this decision, period.
Reactions: pmv

VRAMdemon said:
There are going to be women that will die from pregnancy because of this decision, period.
Click to expand...