Marvel's Eternals - cut my losses or suffer through the rest?

Have already endured 1.5 hours of this. 1 hour left. Endure even more torture or cut my losses and find something better to do with my time?

Cut losses, it only drags on more and more and there is no payoff.
Reactions: Meghan54

thanks fellas, for taking one for the team.
Reactions: Ajay, highland145 and TheVrolok

I was able to get through it in 3 sittings. 1 star.

Why would you watch something you consider crap.

Next time inquire here BEFORE investing 2+ hours of your precious life that you'll never get back!

I have only seen commercials for it - what mad it so bad?
T

skyking said:
thanks fellas, for taking one for the team.
Click to expand...

This. I was tempted to sit down and watch it last night but just couldn't. Sounds like I dodged a bullet.

Not sure why they had to race and gender swap majority the established characters. Disappointing movie, totally miscasts IMO.
Ajak and Sprite are now female, ruins how I imagined them compared to the comic series. Phastos is now gay in the MCU since the actor playing him is.
Jack Kirby must be rolling in his grave. 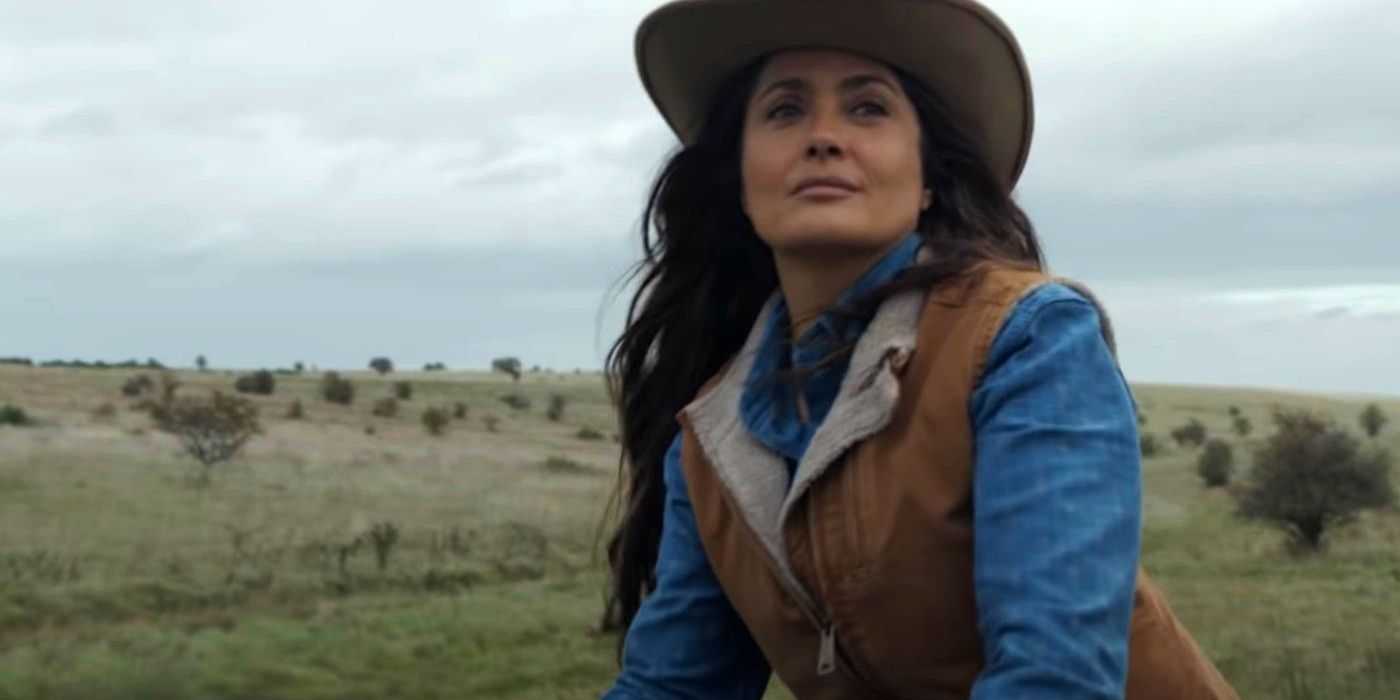 How Marvel Decided Which Eternals Characters To Gender-Swap

A majority of The Eternals characters have been race and gender swapped. The only characters that look similar to their comic book iterations are Ikaris, Thena, and Phastos.
They changed Makkari to a black, female, deaf character. Kingo now appears Indian instead of appearing to be Japanese. Ajak is Hispanic, Lebanese, and female. Gilgamesh is now Asian, and Sprite is now female and a young girl.
Click to expand... 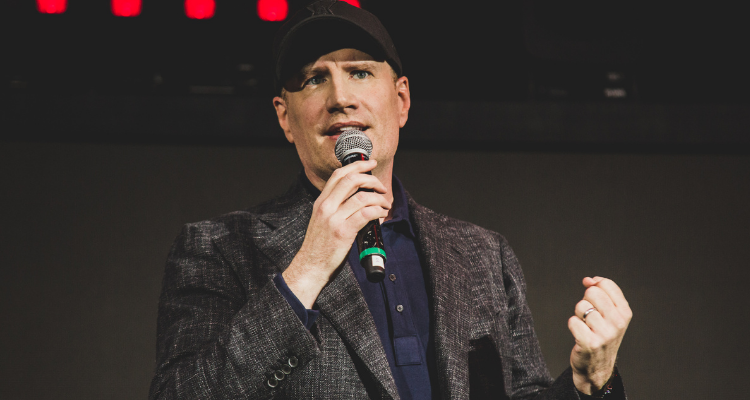 Marvel Studios boss Kevin Feige recently addressed why the upcoming Eternals movie decided to race and gender swap most of the characters from their origins in the comics.

I was never in love with comic books, didnt like most of the comic book movies, and i do not understand why people feel compelled to watch something they clearly do not like.
Reactions: Zorba and AnitaPeterson

Exterous said:
I have only seen commercials for it - what mad it so bad?
Click to expand...

I can give you my moron perspective.

Disclaimers: I'm not a comic book guy so I can't comment on how this matches up with any source material. I typically like most movies. I give a lot of latitude to most entertainment and just try to enjoy the ride. And possible spoilers ahead.

As I mentioned it took me three sittings to get through it. This isn't necessarily a criticism of it as I started watching it later at night and was tired, but a good movie will usually keep me awake. The first 30-40 minutes of this one did not. I found myself nodding off. The major problem I had with this first segment was how derivative all their powers seemed. Each time a new power was introduced I couldn't help thinking "oh, the same power as 5 other superheroes." There was even a point where I began wondering if this was Marvel blatantly ripping off DC. Ikarus = Supes, Thena = WW, etc.

I watched another 30ish minutes the next night and again found myself nodding off, but turned it off right after Sersi found out about the grand hidden plan so I was at least hooked to finish and see how it resolved.

Finished it the 3rd night, and at least this last part had enough to keep me awake to the end. I was hoping for a more interesting resolution but didn't get it. Just pretty meh. Overall there was just very little about it that was good. I can't think of any fight scene that was actually exciting. The resolution was lazy. I think there were missed opportunities with the Deviants.

Two subplots I actually liked: Gilgamesh and Sprite. Although neither subplot was entirely original, I still found them compelling. I also thought the Kingo/Karun comic relief was decent.
Reactions: Pohemi420 and Exterous
E

dank69 said:
I can give you my moron perspective.
Click to expand...

shortylickens said:
I was never in love with comic books, didnt like most of the comic book movies, and i do not understand why people feel compelled to watch something they clearly do not like.
Click to expand...

I suffered through this movie last night.
I dont care about the source material as any movie should be able to stand on it's own. So dont care about gender swapping or "whah!!! They changed the color of the costume and whah they got the scale wrong or whatever else bullshit internet wants to flood social media with"

This was just a bad movie. It felt like a series of long ass cut scenes from a mediocre video game.

Based the post credits scene, this is going to launch a series of shitty movies target toward kids who are going to spend more time bullshitting on their phone with their friends at the theater.

All I got out of the film was a reminder to look up when the 3rd season of Atlanta is coming out.

Any reviewer that gave any sort of positive review to this film should considered a sham paid shill of bullshit.

The actors did what they could with the material but given the names involved I wouldn't be surprised that they didnt recognize the sheer garbage on screen from what they actually saw in the original script they signed up for.
Screams of rewrites and studio exec interference.
Last edited: Jan 17, 2022
Reactions: skyking and Pohemi420

Cut your losses. It's the first Marvel movie I couldn't wait to end. It's a long, boring story that didn't need to be told.
Reactions: Captante, Meghan54 and Pohemi420

Fritzo said:
Cut your losses. It's the first Marvel movie I couldn't wait to end. It's a long, boring story that didn't need to be told.
Click to expand...

I thought it was the first Marvel movie that...didn't feel like a Marvel movie. It felt more like a one-off with no connections to the MCU that was established up to this point...not to mention, yeah...it felt like a mostly pointless story.

movie lost me when they announced Hayek and Jolie in the cast
Reactions: Pohemi420

KMFJD said:
movie lost me when they announced Hayek and Jolie in the cast
Click to expand...

"Let's throw Harry Styles in for the kids..."
Reactions: SKORPI0 and KMFJD

Managed to slog through it but took two sittings.

Just have one question really......as Icarus seems to be the most powerful of the Eternals, why bother with anyone else? (I know....plot, etc.) But seriously....if the reason for them was protection, why not just a few dozen Icaruses flying around and laser beaming the "baddies"?

Presumably because the mission wasn't just destroy the deviants but was also to foster the growth of intelligent life so that the incubating Celestial would have enough souls to feed on.

sactoking said:
Presumably because the mission wasn't just destroy the deviants but was also to foster the growth of intelligent life so that the incubating Celestial would have enough souls to feed on.
Click to expand...

OK....a couple of Phastoses and the rest Ikaris. (Sorry about misspelling Ikaris previously.....fell back on the "classical" version?.) I fail to see what the rest brought to the collective that positively helped. It's not like the Avengers where disparate supers joined together. This was a constructed group with constructed individuals...with replacements available. So why not make them all as powerful as Ikaris? They sure weren't fashioned to be complimentary with each other. Kinda loses me there.

Anyway, not exactly the best effort from Marvel. Maybe their worst. No, definitely their worst effort. And to think I was sorta "excited" to see it show up on Disney for streaming.

pauldun170 said:
This was just a bad movie.
Click to expand...

even through all the noise from those comic book fans, that was the common theme. To quote Huey Lewis (RIP),
"Sometimes Bad is Bad"
Reactions: Meghan54

shortylickens said:
I was never in love with comic books, didnt like most of the comic book movies, and i do not understand why people feel compelled to watch something they clearly do not like.
Click to expand...

I've watched a few of the marvel movies, they all have the exact same plot line. No idea why we need 40 of the same movie with slightly different characters and locations.
D

Side topic, I have not watched any MCU since Infinite war - actually I did watch 1/2 of Cap Marvel, it bore the hack out of me, how's MCU now a day?

Zorba said:
I've watched a few of the marvel movies, they all have the exact same plot line. No idea why we need 40 of the same movie with slightly different characters and locations.
Click to expand...

It does all become one story after a bit. I'm pretty over the whole thing for my own movie watching journey. Haven't been excited about one of their movies in a while.
Reactions: Zorba
You must log in or register to reply here.
Share:
Facebook Twitter Reddit Tumblr WhatsApp Email Link