looking for some assistance helping a friend with a new TV

A friend wants a Samsung The Frame 32" TV and I'm trying my best to help find information, but everything's saying something different. Here's the model number, QN32LS03TBF - which is the 2020 model according to Samsung's web site, or at least when I Google it that's what comes up on Samsung web site. Anywho, here's where I'm struggling, they want a VESA compatiable tv so they can mount it on an arm. Samsung's web site says VESA compatible under specs. But I've read 3 different reviews that say the only mount that works is the Samsung no gap one. To make this even more confusing, when I looked up this model on Bestbuy's website under Q&A, there are like 5 people asking about VESA compatibility and 2 of the replies say "yes it is" and 2 say "no it's not" and all of the replies were directly from Samsung. So apparently not even Samsung's sure here.

So I did a Google image search for pictures of the back, 1 I definitely see what looks like Vesa mounting holes, but the picture's cut off so maybe I'm wrong. Another shows the whole back there definitely aren't VESA, but I'm not 100% what model the picture it. This is pic from Samsung's website that's cut off, looks like VESA holes are there to me. I Youtubed unboxing and the 2 videos I found of the 32" it definitely didn't have VESA, but they were both UK so it's possibly a different model. I guess my Googling sucks here, but maybe someone who has a second could see if they have better luck? I don't want to tell my friend yes they can mount it to an arm when they can't. The specs on Samsungs site saying it's VESA compatible should be good but I'm not confident here with all the conflicting info I'm finding.
Last edited: Jun 18, 2021

Everything I have seen says the 32inch does not have standard VESA mount (the other larger ones do). So, if VESA mount is important, than the next size up version would be the answer.

That said, there are many TV mounts out there that can be customized and there might be one that will fit, but you will basically need to have access to the TV itself to measure the locations/distances between all the mounting holes, measure the screw sizes, and then look for a customizable mount that can accommodate. This is what we use to have to do back in the days before the VESA standards came out. 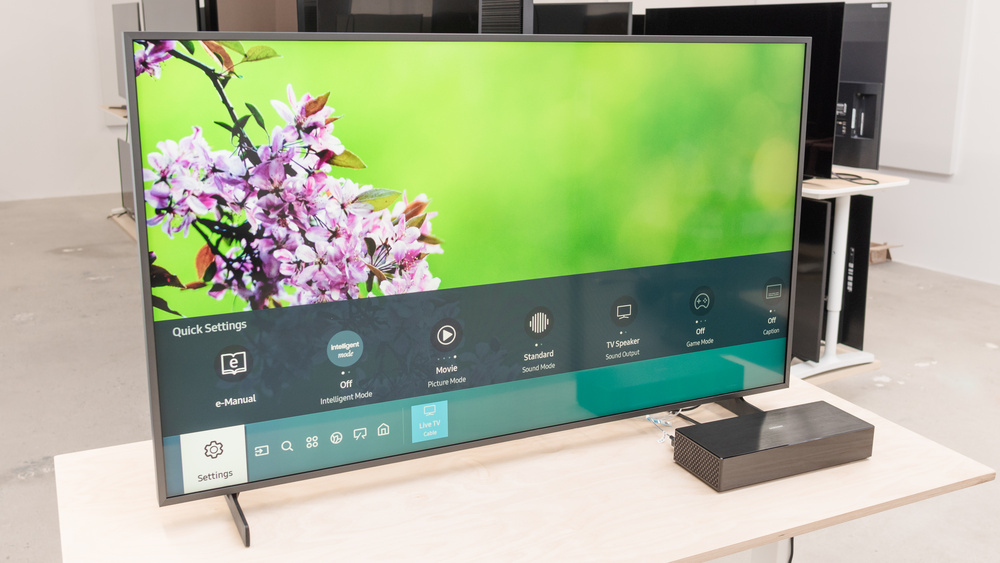 Samsung The Frame 2020 is an overall good TV that's designed to blend into your decor and showcase beautiful works of art when the TV is idle. Like its predecess...

The above review includes a clear picture of the back of the review unit.

The smaller version of the above picture within the review itself includes their written observation about the wall mount being 200 x 200 VESA.

This is obviously a larger member of the Frame family, so YMMV if the 32 inch one includes the mount. Personally, I'd say that is a lot of money to pay for a thin TV just to mount it on a VESA mount but to each their own.
Last edited: Jun 22, 2021

Samsung Care is here to help. You can connect with our Care Pros in a variety of ways. Choose the one that works for you.