i endured the truly atrocious The Death Of Dick Long - https://www.imdb.com/title/tt9356952/reference/

TDODL is a competently filmed, well acted piece of garbage that tells the story of a southern community slowly unravelling the truth about redneck Richard Long's untimely demise - he got himself buttfucked by a horse, to death.
Virginia Newcombe has the main role (if not the most screentime) as Long's friend's wife; the scene where she is being told the truth is, well, realistic. Which is what is really weird about this film. It's well made.
See, in theory TDODL is a dark-humor comedy / drama, but it takes itse;f suuuuuuuper seriously, for having an absolutely shit script. There is no tension whatsoever. The choice to make the death a comedy - complete with Roy Wood Jr delivering the line ".. from a horse" with his trademark Sad Face, is puzzling, and doesn't pay. If we are going to invest ourselves into a real human drama, it must be something relatable. I don't see anything but the mundane in a man chasing the glory of the world's widest gape, and TDODL is just a film about a story that happened, and that's it. There is nothing remarkable about it, there is no great, hidden existential meaning, no life lesson that really needed to be put on screen.
Instead we are just left ot watch mundane characters go about their mundane business for a story that holds no special meaning. Why anyone thought this was a script worth putting on film, is beyond me.

*when i wrote about Swiss Army Man, i didnt know it was from the same director*
Last edited: May 11, 2022
I

DigDog said:
i endured the truly atrocious The Death Of Dick Long
Click to expand...

The weirdest scene was I think where he explains what sex is to his little daughter and her response.

igor_kavinski said:
The weirdest scene was I think where he explains what sex is to his little daughter and her response.
Click to expand...

tbh, the scene where they are driving and he's talking on the phone, and then the daughter wants to know what the words he used mean ("ASAP"), then he doesnt want to answer and turns the music up, and the daughter is really upset ... yeah, daughter take the prize for best actress in this film.
Reactions: igor_kavinski

They are obviously trying to recreate the magic of TOS but fail completely by putting in too much unneeded expository dialogue, too serious moral dilemma, too much holier-than-thou attitude, and a exceptionally-diverse yet bland cast of characters.
To top it off, neither Pyke nor Spock have any of the charisma their predecessors had.

"to boldly go, where no one(sic) has gone before"

The first eight minutes are a social dinner event.

and there is more content in 4 minutes of a 10min episode, that in most of an entire 40min STBNW episode.
Co-written by Ethan Nicolle, and his five-year-old brother, Malachai, the pacing is perfect.
open scene 1, laboratory, internal. goons break down the door and abduct Scientist
scientist: "where are you taking me"
scene 2, hidden bunker. the goons remove the kidnapping hood from Scientist
Scientist: "Adolf Hitler! i knew it was you"
Hitler: "of course you did - you are the world's most smart scientist"
Scientist: "but i will not help you"
Hitler: "yes you will, you will build me an army. an evil army. an evil army of zombies, on zombie island, IN SPACE"
scene 3, zombie island, in space

People who write and direct filsm should understand the difference between a film and a fucking DOCUMENTARY. We need action, suspense, and most important, can't be allowed too much time to poke holes in the story; modern writers seem to try to work against this, constantly putting in shallow, boring expository dialogue that serves to justify why THE HERO needs to KILL THE DRAGON, without realizing that we don't fucking need that, the very concept that one is a HERO and the other is a DRAGON are sufficient.

They are obviously trying to recreate the magic of TOS but fail completely by putting in too much unneeded expository dialogue, too serious moral dilemma, too much holier-than-thou attitude, and a exceptionally-diverse yet bland cast of characters.
To top it off, neither Pyke nor Spock have any of the charisma their predecessors had.

I watched it for free on YouTube... it wasn't half bad. Has potential, anyway.

You would think that for a show that basically has every race and gender combination possible in the cast, they would have tried to have a few more aliens in the crew. I mean, this is a science fiction show in the future, anyway. Tell CBS to try a bit harder accurately recreate 23rd century Starfleet, and not 21st century downtown San Francisco.
Reactions: DigDog

‘Winning Time-The Rise of the Lakers Dynasty’ is really good. John C. Reilly is really good in this series and I am totally hooked on the show. Maybe not exactly historically accurate but it is very entertaining and a must watch if you’re a Lakers fan.

Side note: I was at the Forum for the last game Magic Johnson played against Larry Bird.

Matrix 4 - 7/10
I like the concept of it and think it is worthy aftermath of the trilogy but I HATE the directing and planning of it. It should be at least a 2 part if not another trilogy. It felt so rushed, I can't remember ANY of the crew members including the Captain. And the director tries too hard to draw parallels to the OG and tries too hard to bring back old characters.

The fight scene is a mess compared to the OG and the depower Neo.....wtf.

Just finished Serverance over a few days. Gets a 10/10 from me.

It's like Office Space, Black Mirror, Twilight Zone and a Phillip K Dick novel all mixed in one with very relevant themes for the modern world.

Did you know that Terminator 2 had an alternate ending where everyone lived happily ever after? I didn't.


While it's not a great ending, it would have made making all of those terrible sequels more difficult. For that reason alone, I wish that they kept it.
Reactions: purbeast0

and, apparently, a transgender companion. 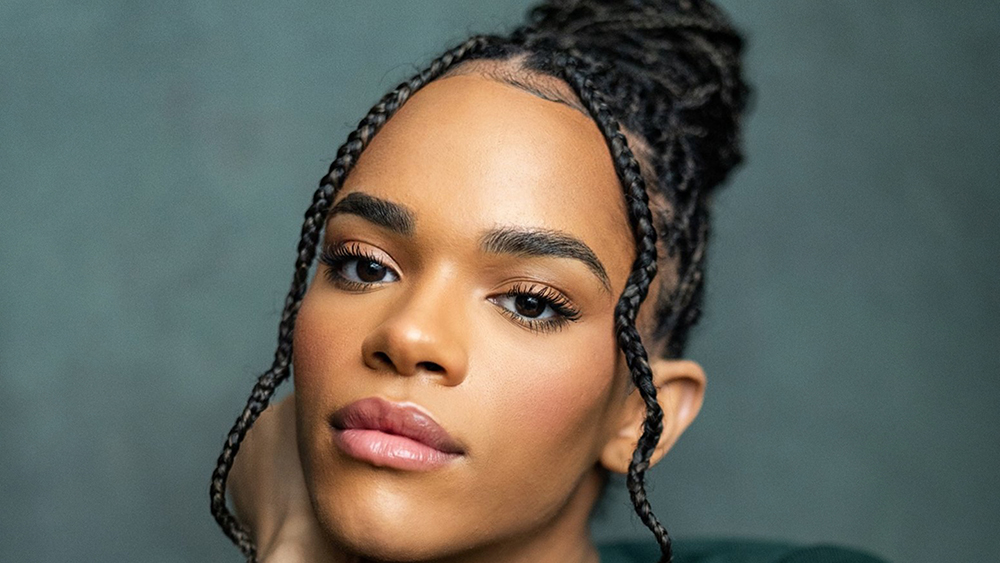 Yasmin Finney is joining the cast of “Doctor Who” as a character named Rose, BBC announced Monday. Her role will debut in 2023, coinciding with the show’s 60th anniversary. “Life …

variety.com
so much for New Who not being a platform for the woke agenda, but instead being purely a meritocracy.

i did a marathon of The IT Crowd (UK version) and while it wasn't an amazing show, i had reasonable fun.

Senior Year 6.5/10
I was forced to watch this, and didn't mind. Rebel Wilson just knows how to make me laugh.

John And The Hole 2021 Strange kid drugs his family and tosses them all in a hole (unfinished bomb shelter foundation). They can't get out. Walls too tall. Kid takes over the family SUV and dads credit cards. Not that good of a film but does qualify for weird.

Guess Who's Coming To Dinner 1967 (rewatched)
The times I had watched this movie before I never noticed the line from Katharine Hepburn, "She's a good one", when asked if she liked John's mother. She's a good one? Good one what?


Wow. I was not expecting Howard to get taken out. I feel so bad from him, he never deserved it. My view of Jimmy and Kim are forever changed. Howard was so right on the money.

That was a very intense mid-season finale. It was driving me nuts on what exactly "the plan" was, but seeing what happens was pretty intense.

It's gonna be tough for them to top that for the series finale, but I'm sure they will do it since the writing and characters are amazing.

UsandThem said:
That was a very intense mid-season finale. It was driving me nuts on what exactly "the plan" was, but seeing what happens was pretty intense.

It's gonna be tough for them to top that for the series finale, but I'm sure they will do it since the writing and characters are amazing.
Click to expand...

Wow. Just wow. I had to try to go to bed immediately after watching that...
Reactions: UsandThem

Don't take this the wrong way, but, he's been getting progressively less funny. Not as much of a dive as, say, Russell Peters, who went from hysterical to lukewarm to depressing within 3 shows, but nonetheless, if you are familiar with his previous work, you'll find this more phoned in, still vaguely funny and maybe a couple of really solid jokes, but the spark doesn't shine quite as much.
I did love his bit at the Oscars Golden Globes, though. I guess he needs to be in jeopardy, to feel that he could crash, to really deliver.

His Golden Globes performances were pretty good. His written and directed "The invention of lying" is almost pure genius. "The Office", just don't get that. Guess I'm not attuned to Brit humor, or maybe his particular style of Brit humor. Also, a lot of times in interviews I see him laughing at his own jokes and I'm thinking, "Nope. Not as funny as much as you seem to think it is".
I

NuclearNed said:
Wow. Just wow. I had to try to go to bed immediately after watching that...
Click to expand...

What an end to that fine upstanding citizen. Seems a tad bit harsh.

a fairly decent period drama starring Anthony Mackie (Falcon from Capt America) and co-starring Samuel Mother****r Jackson and Nicholas Hoult (Nux from Fury Road).
Set in early 60s Texas, it's the story of one of the nation's first wealthy blacks, who, due to Jim Crow laws, has to hide behind a white man fronting for his business.
It's a well acted, fairly engaging financial caper, and while Jackson can't help but chew the scenery, the rest of the cast deliver in a convincing manner.
All in all not a terrible waste of 1 1/2 hours.

I never watched the 90s series, so I didn't know the story and it was new to me.

I really think while not hugely different than all the various good vs. evil stories out there, I really enjoyed the series. A couple of the characters were over the top, but overall the casting was pretty solid.
You must log in or register to reply here.
Share:
Facebook Twitter Reddit Tumblr WhatsApp Email Link