Anime about illegal racing.
over the top graphics, ala Heavy Metal.

all the race cars are armed with weapons, except the hero's (to save weight).
heck, one car turns into a mecha.
they also have to avoid being killed by the govt trying to stop the race, including airstrikes.
like I said.. over the top.

sappy secondary premise about hero meeting his love interest when they were kids but she's now a rival in the race. 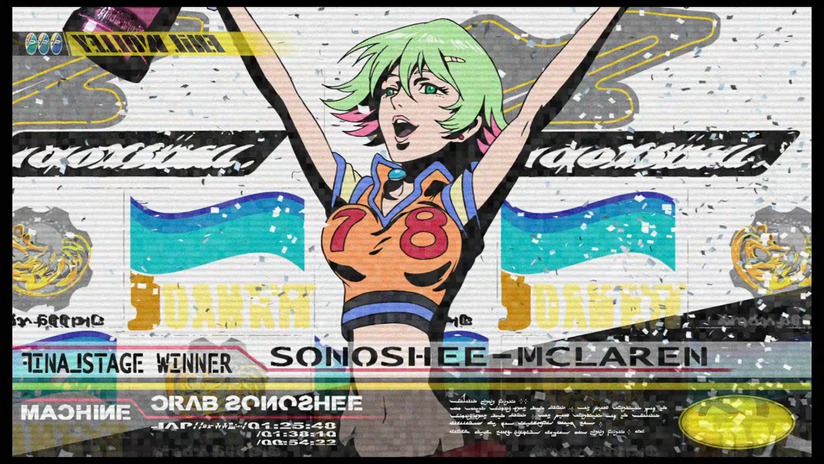 Dark - 7.5/10 Starts off like a soap opera but shakes that feeling off as it goes on. Ends with a cliffhanger. Can't wait for 2nd season.

Altered Carbon - 7.5/10 Cyberpunk SF with GREAT world building. Too bad the story is average at best. Lame action scenes towards the end especially when swords are involved. A very well shot with high production values tremendous waste of time. You can skip this one.
Last edited: Mar 19, 2018
Reactions: Thebobo

Oldman made Churchill look like a bumbling moron. I expected way more than him trying to act with his quivering lower lip for half the movie.

ImpulsE69 said:
Coco is a cartoon about murder, lies, and revenge. Without giving too much away it shows children you can live a great life for many many years after doing lots of bad things. Perfect for children.
Click to expand...

i agree with this. I liked it but no way would I let my kids watch it.

Early Christian Bale movie by Writer/Director David Ayer before doing shit films like Suicide Squad & Bright. The dialogue is a bit much but the entire movie is an absurd look into the lives of two friends in Los Angeles trying to find their way in life. The film has no real meaning, its dark, grim, and surprises at every twist.

Not a "fun" watch type of movie.

DaveSimmons said:
For Jason Statham fun it's hard to go wrong with The Transporter and Crank. In both cases the sequels are much less good.
Click to expand...

Crank was awesome. Super fun movie if you just take it for what it is.
Reactions: clamum
D

zinfamous said:
Crank was awesome. Super fun movie if you just take it for what it is.
Click to expand...

OutHouse said:
i agree with this. I liked it but no way would I let my kids watch it.
Click to expand...

I watched it with my almost-3-year-old, he loved it. Hope I'm not in for a world of hurting now.

Rented Jumanji to watch tonight since most likely everything will be shut down tomorrow due to snow.

Jared Leto is wooden as always in his part as a Gaijin in post-war japan, where through coincidence he becomes a member of a Yakuza family. There is the obligatory "everything goes to shit" which allows him to demonstrate his honour and a finale where he becomes the head of the family.

A bad copy of The Godfather and low grade yakuza films, with none of the brilliance that, say, a Takeshi Kitano film would have. Directed by the guy who directed the vastly superior Under Sandet (Land Of Mine), he tried, but the script doesn't know if it wants to be a hollywood action film, a historical portrait, a japanese film, or a mafia film. There's gore as well, because well, not-being four different films wasn't enough.

6/10 - everything about it is forced and Leto is horrible.

Jumanji (new one) - 9/10 - very entertaining and fun movie. Loved the casting they had and they all meshed together very well. Definitely was a lot better than I expected and worth watching.
A

Jumanji is a very good movie. Not Oscar good, but just a fun watch. We watched it at home last week, my wife horse laughed most of it. We all really enjoyed it, exactly what you would expect. Kevin Hart running, was so funny. Good family comedy. Hopefully the second is as good. I would also give it a 9.

Lethal Weapon TV show 9.0/10 I tried REALLY hard not to watch it. I grew up on the Lethal Weapon movies, and it is one of my favs of all time. I didn't think the TV show would do well, or pay enough respect to the movies. While different than the movies, very enjoyable. It is far more funny than I thought it would be. It does pay homage to the movies. I like how his trailer has the bullet holes from the movie, where he is with the Russian girl and gets shot up. If you can get past the over the top antics that are so far beyond belief, its great. It makes cops look bad, abusing their power for their own selfish needs. Such as spying on a daughter with government property. Far fetched like swinging from an air compressed line like Tarzan in a Costco type store and shooting a bad guy. So many over the top acts that its almost off putting, almost. At the heart of it, its a good time. And all about family, friends, and healing from past hurts. The two actors are pretty much the same. One guy who is crazy, running form his past, and another who has a family and tries to bring him in. Those who are younger may not like it as much, not growing up on the movies or seeing them. But after getting all caught up, I really, really liked it.


DownTheSky said:
Dark - 7.5/10 Starts off like a soap opera but shakes that feeling off as it goes on. Ends with a cliffhanger. Can't wait for 2nd season.

Altered Carbon - 7.5/10 Cyberpunk SF with GREAT world building. Too bad the story is average at best. Lame action scenes towards the end especially when swords are involved. A very well shot with high production values tremendous waste of time. You can skip this one.
Click to expand...

I liked them both too, but rated them higher. Dark is very good, I don't mind subtitles. The music is great, I like Germany, and its just messes with the mind once you realize what is going on. Netflix is doing great with movies. So many good ones out, and coming out. Titan looks to be great too. 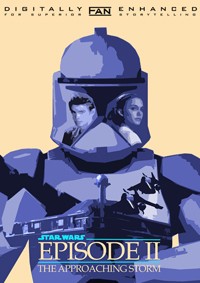 Just like there was a fan edit of Ep1 called the Phantom Edit where they removed all scenes of Jar Jar Binks to make it better, this one tries to make Ep2 better.

A few scenes were rearranged, others cut and some deleted scenes were added to make the movie flow better.
- Jar Jar is still in it but is cut in such a way to make him appear more competent.
- Anakin is made to seem less whiny.
- etc

a film similar in style to Three Billboards, and also slightly reminiscent of The Good Guys, without the comedy. John Hawkes (who i did not know before) is the lead, and ex-cop who hasn't managed to get anything done since being kicked off the force, for being caught in a situation he had little control over. One day, he finds a dying girl, and - maybe because he wants one more shot at the force, maybe because he's just not a bad person - he tries to help her, and when she dies, ha takes it upon himself to solve the crime.

Located in a (titular) midwestern small town, it's gritty without being too gritty, it's noir without being black & white, it's dark without losing sight of humour, and it's competently done and well acted, althought it doesn't really have anything GREAT about it, it's pleasant.

Perknose said:
The Shape of Water 9/10 -- What a beautiful movie! The sets and cinematography are evocative of the times (early 60s, which is really still the 50s) and themes (the forbidding facility) and moods (the fading and somewhat dark and claustrophobic but still gorgeous, nostalgic 30s art deco and 40s art moderne adjoining apartments of the mute "herioine" and her equally lonely artist friend as contrasted with the flat-topped 50s rancher home of the bad guy, with his color saturated kids and wife with the black and white TV blaring in the living room, all playing their Dad Knows Best roles to perfection.) Seldom have cars, toasters, half moon windows and even alarm clocks played such finely congruent supporting roles.

Loneliness runs through it.

The amoral cynical equivalency of both the Russians and the Americans hits home.

This movie is a "modern day" fairy tale, exquisitely done. I loved it.
Click to expand...

Agreed. I loved this move more than I could express. You said it nicely. A modern day Cinderella story, with a very unlikely prince. Solid 9 out of 10.

Fan edited film to make the story flow better.
- Beginning scroll (below) explains The Resistance even though the Republic/good guys are in charge


This film fills in the major plot holes in TFA and makes the story line better
Last edited: Apr 26, 2018

i was feeling really depressed so i watched again Complex World. It truly is one of the greatest films ever made, but, you will probably never have a chance to see it. shame.

Lady Bird - 9/10. Reminded me of Ghost World which is hilarious, but with a more serious tone.
Reactions: Thebobo

Early Christian Bale movie by Writer/Director David Ayer before doing shit films like Suicide Squad & Bright. The dialogue is a bit much but the entire movie is an absurd look into the lives of two friends in Los Angeles trying to find their way in life. The film has no real meaning, its dark, grim, and surprises at every twist.

Not a "fun" watch type of movie.
Click to expand...

Great film but one I never want to watch again.

The arrival 9/10
I liked the movie, it had nothing to be dissapointed about.

could not hold my attention for more than 5 minutes.

the very opposite. The first scene quickly introduces the main character with plenty of detail with some exposition cleverly hidden in the dialogue.


it's just interesting to see these two side by side to see how filmwriting is supposed to be and how it ISNT.

I dug it. I was on a non-American horror binge a couple of years ago and I remember it, so...heh.

Yeah there was a preview of the first hour of it, after The Walking Dead last night, but I decided to just wait and watch the full two hours tonight. Looks like it could be alright but I'm not sure, I don't particularly like the mixing of history and super natural too much (I realize that's what was done in the novel this is based off of) but I have an open mind about the show.
You must log in or register to reply here.
Share:
Facebook Twitter Reddit Tumblr WhatsApp Email Link