Rango -
Well, Johnny Depp was his usual Deppy self, which is to say 90&#37; incredible and 10% WTFWT? I'd truly like to see Depp do a real western movie as he has real talent.
Timothy Olyphant did a fine job as the NOT Clint Eastwood. I also recognized Jake the Snake (not the wrestler) as being Davy Jones's Bill Nighy.
speaking of which, Its obvious Gore Verbinski was the director, as this movie was 2/3's western movie, 1/3 POTC3 stolen flashbacks, and .00001% I just kept waiting expecting to see Depp tell us to save money by switching to Geico.

The animation was well done, and aside from the lizard in a hawaiin shirt, it was everything you would expect from a CGI but very realistic western town. The music (and mexican owl band) was equally impressive.

it was an interesting story plot, which did keep us interested to the end, but oddly reminded me of the Dukes of Hazzard movie thinking Burt Reynolds should have starred as the Mayor Turtle. Unfortunately, The movie seems to not really know who its intended audience is. Being that Nickelodian was the big name behind the movie, it was unexpectedly far too adult (blatently obvious puns and sexual innuendos) for kids, and far too kid for adults. The PG13 audience of course is the only one in the appropriate age group for this movie, and they are all going Ooooo a western... my dad watches all that john wayne and clint eastwood shit, lets go see harry potter.

Make no mistake about it, there are a few funny moments, but this is no Finding Nemo or Toy Story or Monsters InC, there is no warm silent tears at the end...

The Sky's On Fire. Hilariously crappy left-wing environmental fear-mongering propaganda. The ending almost made me die in its hilarity. I love C-movies. 8/10. 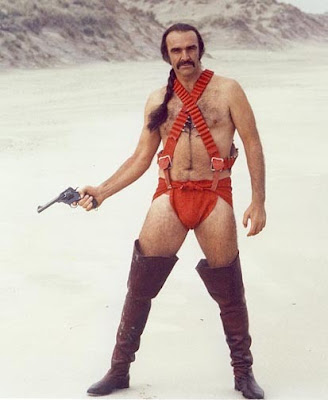 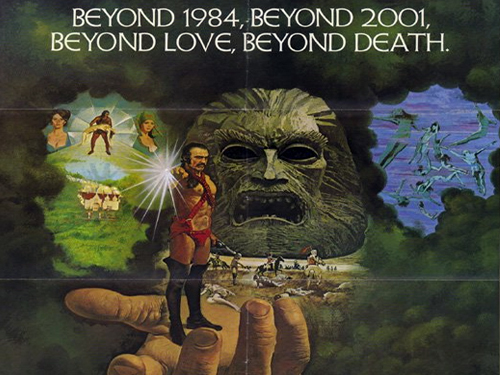 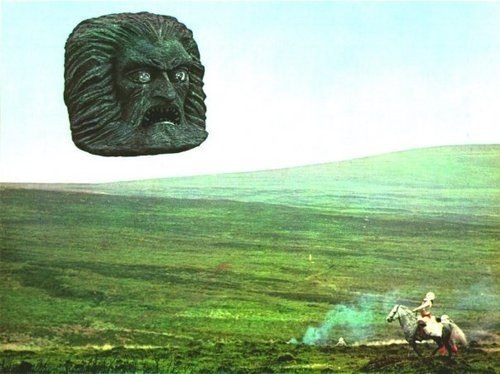 Didn't really have any expectations out of it other than being reminded of my 80's youth. It delivered on that and was a entertaining enough of a movie. Wife enjoyed it as well.

One WTF though, they didn't even play the song of the same name. Didn't stop me from having it stuck in my head for the past two days though
Last edited: Jul 17, 2011
Z

The characters in this movie could really take their "blunt damage". You'll be thinking "WTF just kill him" knowing fully well that something bad is bound to due to his actions

You guys sure know how to pick em
F

mcurphy said:
Insidious - 6.5/10
The first half of this movie was excellent and very creepy. The second half...not so much. It really took a strange direction that really didn't match up with the build up and high quality of the first half. It was still enjoyable and great for a few scares.

Source Code - 8.5/10
I really enjoyed this movie. The plot, the characters, the action and the pace of the movie all was great. I really can't think of much to complain about, but I also wouldn't say it was the best movie I have ever seen. Overall it's just a lot of fun and an enjoyable movie to watch.
Click to expand...

Agree 100% on Source Code. It has been a while since I've seen a film with such a tidy plot and pacing.

Watched with my GF, she picked it up from redbox. She hates westerns, so said that this is the only western she would watch with me, hah.
Anyhow, I got quite a few laughs, and there were MANY great references to other films. I guess I really enjoyed it because the references were great. The animation was great, story was good, and overall I really enjoyed it.

Insidious - 5/10
I'm not really sure what all the praise is about. I found it to be pretty average at the beginning and then it just got weird.

Sanctum - 7/10
I liked this more than a lot of reviewers. I thought the plot was pretty interesting with some fairly cliched characters. I definitely felt the characters tension in some of the underwater scenes.

Horrible Bosses - 8/10
This movie was a lot of fun. I laughed a lot and just had a good time.

Let Me In - 5/10
Not really a fan. Maybe I just don't enjoy the horror movie genre anymore because I've read so much horror fiction.

Vanishing on 7th Street - 6/10
I liked it at the beginning. I'm a sucker for end of the world/everyone disappeared type stories, but this really didn't go anywhere with a story that could have done a lot more.
Last edited: Jul 18, 2011

Absolutely awful, not much else needs to be said. A lot of people (here and elsewhere) have mentioned that the first half was good, but I don't even agree with that. I was never scared and never surprised.

Really can't rate it since I haven't seen enough of the Harry Potter movies. Before movie #6, all I knew about Harry Potter I learned from the Potter Puppet Pals. But my wife loves the series so I've been to the last three movies with her. Slept through most of 6, didn't fully understand but did enjoy most of 7, and I didn't really care for the last one. It was fun at first but it started to really drag about 45 minutes to an hour before the end.

I can't give it a fair rating though. I'd say 5/10 for being not bad but not really enjoyable, but my wife liked it well enough so it can't have been that bad.

Absolutely awful, not much else needs to be said. A lot of people (here and elsewhere) have mentioned that the first half was good, but I don't even agree with that. I was never scared and never surprised.
Click to expand...

i agree 100%. a lot of people seemed to like it, I thought it was pretty LOL'able bad. the end was facepalm worthy.

Frequently Asked Questions About Time Travel (2009) - Made by the BBC. I had never heard of it before but decided to watch it all the way through. I found it to be an enjoyable, albeit short diversion.

I thought it was pretty funny, but I like Michael Cera's typecast character, and the movie had lots of actors I enjoy seeing (Fred Willard!).

I am sorry, but I just did not like this movie.

Before The Devil Knows You're Dead - 7.5/10: Syndey Lumet's last film, which is funny because this was sent to me the same day I ordered his book from Amazon; strange coincidence. :hmm: I had some problems with this film, mainly the disjointed beginning and the very out of character ending, but I found most of the stuff in-between to be quite well done. I love Philip Seymour Hoffman and can pretty much watch him do anything;
there is a scene closer to the end of the film where Marisa Tomei is leaving and Lumet leaves the camera wide and lets the whole thing play out, while Hoffman's character reacts perfectly to what is happening.
Loved that scene. I liked most everyone else in the film (Michael Shannon FTW!) and overall it was a decent heist film wrapped around a family drama.

Operation: Endgame or Rogue's Gallery - 5.5/10: This is a comedy that will not be for everyone and, honestly, probably not for very many at all. I liked chunks of it and individual performances (Rob Corddry for instance) were awesome, it was just kind of sloppy as a film overall. It follows two covert teams trapped in a government facility that is going to explode and the two teams are at each other's throats, trying to eliminate the other team. The humour is very dry and often silly, and at times it does not work, but there was enough here for me to enjoy it overall. Great cast too with Corddry, Adam Scott, Galifinakis, Bob Odenkirk, Jeffrey Tambor, and others; damn did Emilie de Ravin look smoking hot.

24 Hour Party People - 9/10: A somewhat strange, but awesome movie about the Manchester music scene in the late 70's and early 80's as seen through the eyes of Tony Wilson of Factory Records, who brought bands like Joy Division and Happy Mondays to the world. The film is set up like a documentary, but it's a dramatization of the events that went on during that time and it was not only very interesting, but pretty damn funny. Steve Coogan is awesome as Wilson and the way they spliced in actual footage from back in the day made the film feel very authentic. It's funny seeing this after seeing Control (the Joy Division/Ian Curtis biopic) since many of the interactions between Wilson and the band are replicated here, but from a different perspective. Anyway, pretty great stuff, particularly if you have any interest in the music coming from the UK at that time.

If anyone else reviews insidious or source code, I'm going to murder them. Fair warning. My official unofficial ban will be lifted in one week

shortylickens said:
Pervert had the potential to be a lot more fun, ala Big Bad Mama, too bad they wasted their time with the bullshit horror ending.
Click to expand...

I have never heard of that movie until you mentioned it. So.. I watched it yesterday and it was good. Yes, the plot if absurd.. but it kept me entertained throughout the movie. "Get yer hand of my tit, Barney."

I thought it was pretty funny, but I like Michael Cera's typecast character, and the movie had lots of actors I enjoy seeing (Fred Willard!).
Click to expand...

brianmanahan said:
THE TROLLS OF TRIDENT (2011)

this uwe boll film fetuaring robin williams as TridenT promised rousing action and endless laughs, but unfortunetly it delivered niether. i found that it was far too long but lacked any real content, additionaly it was insipid dull boring and uninspiring. as a result i didnt even finish watching the whole thing. and i was more disapointed than angry.

Either post about movies or just go away please. We had all moved on long ago.

Hobo With A Shotgun - 8/10 fun movie if you enjoy movies like Planet Terror, Machete and Troma films. Rutger Hauer plays his character straight, it's everything around him that's messed up in "scum town."

Brian Downey (Stanley Tweedle from LEXX) chews the scenery as the main villain, and does a decent job of it. The rest of the cast is good for a cheesy movie like this.

The blu-ray has a commentary track by the director and Rutger Hauer, but I only listened to the first few minutes of it. It seemed better than some of them, with both of them having a lot to say about the movie.
Last edited: Jul 19, 2011
You must log in or register to reply here.
Share:
Facebook Twitter Reddit Tumblr WhatsApp Email Link