News Intel GPUs - are the drivers getting better yet? (Maybe? Please?)

And that has been the trouble with ARC since launch (and was predictable even before then).
Still, for those who like, erm, interesting hardware is ideal

KompuKare said:
And that has been the trouble with ARC since launch (and was predictable even before then).
Still, for those who like, erm, interesting hardware is ideal
Click to expand...

It's a combination but depends on the API. On dx9 and dx11 it's mainly driver issue considering how the DXVK translation layer is able to improve the performance a lot in many games. DX12 is certainly closer to the real hardware capability, even though even the DX12 driver can't be as good as Nvidias. There are some flaws beside the driver bottleneck, the memory controller doesn't look that good.
Reactions: Insert_Nickname
I

Well, they did SOMETHING right, it seems.

Hopefully Radeon 7000 series will also be good in this regard.
Reactions: Elfear

Looks like Intel is busy improving their drivers Good sign for competition in this space IMO.
Reactions: psolord, NTMBK, Leeea and 4 others
I

Less to do with next generation cards and more to do with the RX 6600 (XT) and RX 6650 XT prices.
Reactions: Tlh97 and GodisanAtheist

GodisanAtheist said:
This popped into my head with the release of NV's next gen and the impending release of AMD's next gen:

Sorry what, Intel made graphics cards? Nope, no idea what you mean
Reactions: DAPUNISHER, Tlh97 and GodisanAtheist

The latest driver has optimizations for DX9/11/12 games. Larger than normal update.

It's a hybrid dx9 approach with this driver, some games run dx9 native and some still use the d3don12 layer. There are big improvement even including non native dx9 games. Biggest gains come from CPU bound situations because ot the much imrpoved overhead and also less stuttering.

Some(I am guessing) DX11 and 12 performance improves as well. One reddit member was reporting 5-10 fps improvement in MW2.

Yes, Starcraft 2 gains should be huge because there aren't many games that are as CPU bound. For Counterstrike, remember the A770 performing identically to the A380? That's how bad it was.
D

GodisanAtheist said:
This popped into my head with the release of NV's next gen and the impending release of AMD's next gen:

JPR Descrete Market share
Other than AMD's terrible performance, the big news in this is Intel got 4% market share, I guess that's ARC?
Reactions: GodisanAtheist

Dribble said:
JPR Descrete Market share
Other than AMD's terrible performance, the big news in this is Intel got 4% market share, I guess that's ARC?
Click to expand...

If you just look at iGPUs.

*I assume the Intel loss in Q3 over Q2 is because no real A770M/A750M devices out there. Either OEMs are not using or Intel is not ready. Since there's no reviews the latter could be the case.

But remember prior to Q2 there was no Intel ARC. So Y/Y shows....

AMD's marketing must be real crap. I was expecting Intel to take Nvidia's share, not AMD. Also I think the "drop" in Nvidia's share between Q2 2022 and Q2 2021 is due to Nvidia having massive crypto mining share, but in Q2/Q3 the slump kicked in which resulted in Nvidia gaining it among gamers.

The latest driver has optimizations for DX9/11/12 games. Larger than normal update.

Intel claims up to 80% gain in DX9 games with the new driver.
Click to expand...

Previously I posted that you could get those kinds of gains switching to DXVK, and it looks like that Intel did that themselves:

Copyright (c) 2017-2021 Philip Rebohle
Copyright (c) 2019-2021 Joshua Ashton
This software is provided 'as-is', without any express or implied warranty. In no event will the authors be held liable for any damages arising from the use of this software.
Click to expand...

I wondered why they were sticking with the crappy Microsoft implementation, when DXVK was performing so much better.
Reactions: psolord

guidryp said:
I wondered why they were sticking with the crappy Microsoft implementation, when DXVK was performing so much better.
Click to expand...

They said they are using a hybrid method.

I assume it has to do with compatibility issues in some cases? It's not better in everything. Like someone said on the ARC reddit Skyrim/Oblivion(I can't bother to remember) that it runs bad with DXVK and the DX11 version runs much better.

The new software organization seems to be having a great effect. The Intel of old never got to properly fixing graphics related bugs until the new gen came out with it's own bugs.

Anyway yes AMD's graphics revenue did crater in Q3 over Q2, because I forgot "Gaming" includes console revenue. So Intel has equal volume share to AMD in mobile, about 40% in desktop, and in overall half of AMD for GPU.

Although I know analyst numbers can be quite off. They are more of a ballpark number than anything.
Last edited: Dec 7, 2022

Can you try 1080p noAA in CSGO? I think you should get at least 2x average fps in a CPU bound scenario.

mikk said:
Can you try 1080p noAA in CSGO? I think you should get at least 2x average fps in a CPU bound scenario.
Click to expand...

Yeah ill give it a try tomorrow once I have some time
Reactions: igor_kavinski

I read that some games treat DXVK as malware or antimalware flags it. So that could be the reason they had to wait and get things fixed rather than simply use DXVK. And also the gains are not universal.

I find it interesting how in S|A's article it said most of the early driver development was done in Russia and the game it performs well in is Metro Exodus.
Reactions: igor_kavinski
G

Dang, that's quite an improvement. The really poor performance on older games was one of the main things that gave me pause about these things. Now I just need to wait for a sale/rebate on one of the lower end ones.

I wonder if Portal RTX works and if it runs better than on AMD...
M

A770 basically on par with AMD/Nvidia in a CPU bound setting in CSGO with the new driver. In the higher WQHD resolution there is a slightly bigger dop off but nothing major. 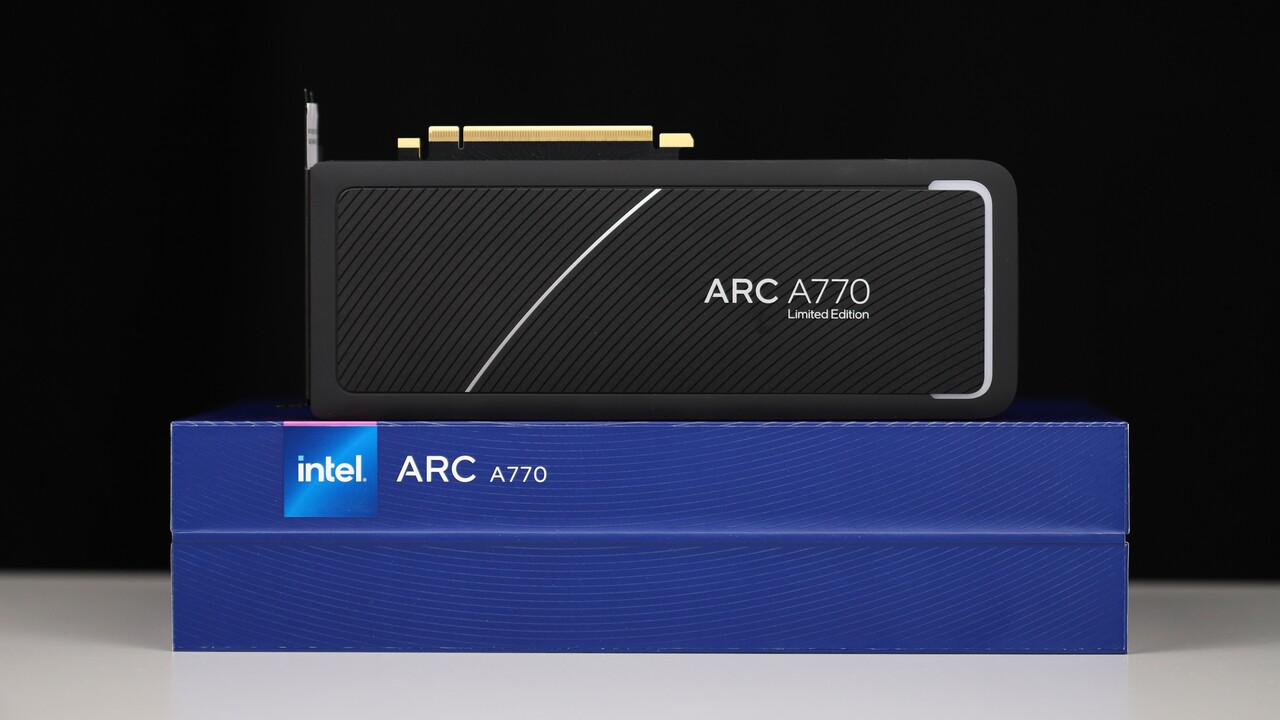