I need a CPU for a system with a Z490 motherboard and 3600MHz RAM. Assuming I wouldn't overclock and kept the CPU at stock, how do these two compare?

discod said:
I need a CPU for a system with a Z490 motherboard and 3600MHz RAM. Assuming I wouldn't overclock and kept the CPU at stock, how do these two compare?

And how much does the higher base clock of the 10600K matter?
Click to expand...

Base clock is not really relevant. If you aren't overclocking just get the non k.
0

Though you could easily OC any 10600K to 4800 MHz all core, barely even trying. Heck it used to be the default on some MB. MCE = Multi-Core Enhancement.
0
D

Latency difference aren't likely to matter in real world use cases, and you might even end up with the 10 die part anyway for the non-K SKUs. As some appear to be failed K parts.

Okay, a lot of posts here are missing two big factors if we are talking about *stock*.

Tau is how long the chip is allowed to run outside its TDP (boost) before it has to clock down so that its average power draw over the Tau time is within TDP.

Now you can change this on both chips using BIOS or Inte'ls XTU, but we're talking stock.

The difference in multi-threaded applications at stock settings is frankly huge, potentially like 20%.

If you are not going to power unlock the 10600 and you just want to remain stock, the 10600K will be significantly faster.

If you are willing to power unlock the 10600 and get a new CPU fan, then it might be the better deal if it is significantly cheaper.

shady28 said:
Okay, a lot of posts here are missing two big factors if we are talking about *stock*.
Click to expand...

I suspect you will find many/most Z490 MBs disable Tau timeout by default, making it irrelevant, unless you are so Zealous on "stock" behavior, that you go through BIOS looking how to slow your CPU back down to "Stock" behavior.
0

guidryp said:
I suspect you will find many/most Z490 MBs disable Tau timeout by default, making it irrelevant, unless you are so Zealous on "stock" behavior, that you go through BIOS looking how to slow your CPU back down to "Stock" behavior.
Click to expand...

Ehh, I see people say this but I think they will only do things like that if you put them into performance mode or AI tune via the BIOS or software utilities from the vendor. At stock, they all seem to just go to default for the CPU in my experience, in fact they also keep the RAM at 2133 unless you explicitly set XMP.

I'm just answering this way b/c the OP said assuming they stay at stock. I would never get a K chip on a DIY rig and stay totally stock, but some people value stability 100X more than performance.
0

shady28 said:
Ehh, I see people say this but I think they will only do things like that if you put them into performance mode or AI tune via the BIOS or software utilities from the vendor.
Click to expand...

When GN lasted tested this. At default, ALL MB but one, violated the spec and ignored power limits, some of them couldn't even be forced to follow the spec. Even the one board that followed spec, you had to say "no" to XMP memory settings. The stock spec is basically meaningless. I see no sign that this has changed. I saw a review of B460 board and even it was ignoring Tau by default. You really have to go out of your way to achieve those kind of "stock results". 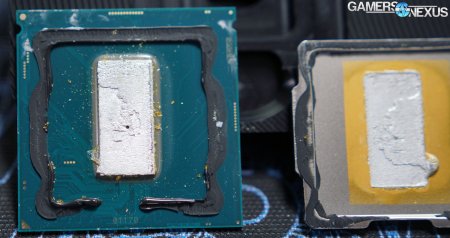 Intel’s TDP has long been questioned, but this particular generation put the 95W TDP under fire as users noticed media outlets measuring power consumption at well over 100W on most boards. It isn’t uncommon to see the 9900K at 150W or more in some AVX workloads, like Blender, thus far-and-away...

If all motherboards (except one, using one setting) are running far north of TDP – even when considering TDP does not equal power consumption – then perhaps the TDP should be changed. The CPU can run within thermal design spec, it can run within power target, and yet almost all of the motherboards will not run at this spec. Some can’t even be manually forced to run at the turbo duration guidance. Again: Intel must enforce its spec if it hopes to claim operating at those numbers. We can blame motherboard makers for not following spec, but if none of them follow spec, the problem is deeper.
Click to expand...

First, that is 2 years old and he is talking about power pull not frequency behavior.

Second, he is measuring from the PSU.

Third, he is measuring with various settings including things like XMP. If you've messed with BIOS, you know he is probably triggering multiple setting updates.

I don't see where he set the board to default and stuck a CPU in it.

In his article he shows Tau taking effect. That is still there regardless of how much power the board + RAM + CPU pulls.

You can see the tau here, and the verbiage :

"Notice that there is a sharp fall-off after about 30 seconds, where average all-core frequency plummets from 4.7GHz to 4.2GHz. Notice that the power consumption remains at almost exactly 95W for the entire test, pegged to 94.9W and relatively flat. This corresponds to the right axis, with frequency on the left. This feels like an RTX flashback, where we’re completely power-limited. The difference is that this is under the specification, despite the CPU clearly being capable of more. You’ll see that the frequency picks up again when the workload ends, leaving us with unchallenged idle frequencies. "

Your example is from the ONLY MB in the test, that followed the spec.

All other MBs didn't.

Anyway this is just a pointless rat hole.

Edit:
Though that depends on pricing. I see a lot more sales on the 10600K, right now on PCpartpicker USA, there is less than $5 difference in price between them. Definitely get the 10600K if you see something like that.
Last edited: Dec 5, 2020
0
D

Thanks, guys. The K looks like a more "flexible" option so I'm leaning that way.

You're probably right. The 10500 is also from the 6 core die, but it doesn't seem to help vs the 10600K (there's a review comparing the two).
You must log in or register to reply here.
Share:
Facebook Twitter Reddit Tumblr WhatsApp Email Link