I want to move out west... suggestions?

I've lived in Orlando, FL nearly my entire life. I don't hate it here, but I've always been drawn to the western U.S.; I'm particularly fond of mountains, wide open spaces, and I appreciate the low-humidity, drier climates.

Here are some qualities I would like for this potential new location to have:

* Low cost of living (probably rules out California)
* Mountains within an hour's drive or so
* Close to other national parks is a plus
* Would be nice (but not crucial) to be somewhat close to a decent college/university (I have a 2-year degree (AA) and would like to continue going to school sooner, rather than later)
* I don't drink, so I don't care if it doesn't have a great night life/bar scene. I don't go out much anyway
* I prefer smaller (smaller than Orlando) towns/cities, but I don't want to sacrifice too much convenience (like having to drive an hour+ to a grocery store).
* Good internet is a plus

I've considered Salt Lake City, Utah. I've heard Utah is a fairly affordable place to live. I'm not religious, but I doubt the Mormom/LDS culture there will bother me. The main negative I've heard about Salt Lake is that the smog there sucks, and I'm just not sure how annoying that would be to deal with.

So, please offer your suggestions. I feel like I'm fairly open to just about any place. I suppose I'm leaning mostly towards Utah and Colorado, but I honestly know so little about my options, that I can certainly imagine a great place in another state I've never even considered.

I've considered Salt Lake City, Utah. I've heard Utah is a fairly affordable place to live. I'm not religious, but I doubt the Mormom/LDS culture there will bother me. The main negative I've heard about Salt Lake, is that the smog there sucks, and I'm just not sure how annoying that would be to deal with.
Click to expand...

I've heard that there is significant discrimination if you are not LDS. here is just one of many links:

How much snow are you looking forward to?

What kind of climate suits you?
M

California is expensive, but it has the best universities in the country, the only state that competes is Mass.
O

PowerEngineer said:
How much snow are you looking forward to?

What kind of climate suits you?
Click to expand...

My experiences with snow are extremely limited. Believe it or not, I touched snow, and saw snow falling for the first time in my life last year. Actually, it has flurried here in Florida a couple times, but that doesn't really count. That said, I'm not quite sure, tbh. I'll say that I don't think I'll mind too much, but maybe I will. I love it when it gets cold here in Florida, but "cold" in Florida is like around 32F at the extreme, and that's only late at night, never during the day.

I would like a milder climate than Florida. I don't want to live in Death Valley, but I suppose the snow would get tiresome as well (I've never experienced what that's like).
A

Oregon sounds like a decent fit. Portland would put you close the Mt. Hood National Forest. Mild climate. Low cost of living if you're living outside Portland. Oregon/Oregon State are both decent schools.

Or Seattle. Seattle itself is expensive, but Tacoma/Olympia is not to far and pretty cheap.

There are cheap places in California as well. LOL. California is a LOT bigger than just Los Angeles and San Francisco. Though the climate in California can be very hot and very dry in those cheaper areas. Sacramento and Fresno are the two biggest cheap cities in California. Though there are a lot of smaller coastal towns with better weather if you can find a job there. I mean, if your requirement is a grocery store less than an hour away and decent internet, places like San Luis Obispo, Paso Robles, Monterey, Santa Cruz, or Santa Barbara would work fine.

It's too bad about the Uni requirement, or I would suggest northern New Mexico.

UNM, down in Albuquerque, is supposedly a good place, but I was out of college when I lived there. Obviously not on the same level as a place like Berkeley or MIT, but lots more wide open nature in even Albuquerque over any California uni town.

Was in SLC back in July for a wedding (Alta Lodge). It was unbelievable coming from someone who's lived in NY their entire life. The wedding was of a good HS buddy of mine who ended up moving out there for work (with his at-the-time GF), and fell in love with it. He's a big hiker/skier/outdoor person so it's ideal for him. He did mention the 'dust bowl' over the city, but said the pro's outweigh that by far. I plan to head back there in Jan/Feb for some ridiculous skiing. You didn't mention anything about what you like to do in the OP, but did mention mountains. If you're a hiker/ski/snowboard guy, it's SO nice out there. Of the 4 days we spent there, I ran into nothing eye-opening about the Mormon thing....except the beer was 3% alcohol. Unfortunately I found that out after about 6 or 7 beers and had to change to the (fully alcoholic) red wine. The people were very nice everywhere, though I may be a bit biased coming from NY where the assholes per square inch is higher than anywhere else on planet earth. Everyone I talked to gave me lots of info on SLC regarding the hiking, skiing, different seasons, etc. They all said one thing: "Come back for ski season - you won't regret it." SLC in the distance. TONS of trails on TONS of Mountains! Side note: A moose may or may not have casually walked out directly after 'the kiss' ....... I have never seen a moose in my life. Holy shit they're big.

I also forgot to mention... the weather was absolutely PERFECT. Zero humidity in the middle of July. It was beautiful.
Last edited: Oct 26, 2015

Honestly, Tucson AZ might be a city you want to check out. I've been there a couple times for 5-6 days at a time on business. Not sure about the schools but the climate would probably suit you.

I have no idea why anyone would live in Orlando, FL quite frankly.

JulesMaximus said:
Honestly, Tucson AZ might be a city you want to check out. I've been there a couple times for 5-6 days at a time on business. Not sure about the schools but the climate would probably suit you.
Click to expand...

Other than your low humidity requirement I'd tell you to check out Lexington, KY. I know...I know...Kentucky blah blah blah. But hear me out...

1) We've got Red River Gorge and mountains an hour south of here. Check out natural bridge state park on google search. No, it's not the Rockies, but it's beautiful scenery.

2) University of Kentucky is here and we have some very fun and cool businesses going on here along with the buzz of a national level athletic program.

3) Cost of living is good. Housing isn't stupid expensive. It's not as good as Phoenix, but it's better than a lot of places.

4) LOTS of open green space all around us. And I mean green space. This area is beautiful with the rolling hills and wide variety of trees and miles and miles of bluegrass.

5) It's a "big" little city. Metro area of half a million people, but you can get anywhere in town in 20 minutes outside of rush hour. It's a very small community when you really dig in.

6) Misc....public schools are great, it's one of the most educated cities in the US, it's an hour from Louisville and Cincinnati, security to get through the airport takes 10 minutes, Keeneland is awesome.

I've lived in Phoenix...it's a hot, arid pile of concrete and dust. Smog was terrible. It had seasons of HOT and Not as Hot. Every bug there wanted to kill you. As did most drivers. I miss seasons and trees that change color. I don't really like piles of snow so I compromised on a place that gets it, but not a lot.

Arizona is dry yes, but 118 in August is Phoenix is miserable. I don't care if it's a a dry heat. Even 25% humidity in that is brutal.

brianmanahan said:
105-110 F is pretty common in tuscon in the summer

low humidity, but still, your gonna bake
Click to expand...

Fucked up weather is the hidden cost of low COL
N

I suppose Provo is more LDS (with BYU) than Salt Lake proper?
That's too bad because I recall stopping at a Krispy Kreme as I was driving through and was astounded at the view of Utah Lake straight ahead with mountains wrapping around ... Thinking something is messed up that these donut employees have an insane view while I work in a cube farm.

JulesMaximus said:
I have no idea why anyone would live in Orlando, FL quite frankly.
Click to expand...

You'd be surprised. There are an overwhelming number of entertainment choices, great nightlife, plenty of athletic pursuits, close to the beach, a great city for foodies, a very reasonable CoL, plenty of high-tech businesses, no state income tax in FL, and one of the largest Universities (by number of students) in the nation. The women here are typically incredibly beautiful too. And for 6 months of the year the weather blows away just about anywhere else in the US.

OP, I've known a lot of people in Orlando who felt the need to leave. I did. Most of them come back. I did. I've lived in Hawaii, California, Nebraska, Illinois, and Europe. Even lived for 4 years in Tampa, which I found to be a shithole. Orlando always drew me back and I'm so glad to be back here again.

Good luck with whatever you decide. If you do go out west to a low humidity environment bring plenty of moisturizer with you or else your skin will turn to parchment paper in no time.

JulesMaximus said:
I have no idea why anyone would live in Orlando, FL quite frankly.
Click to expand... 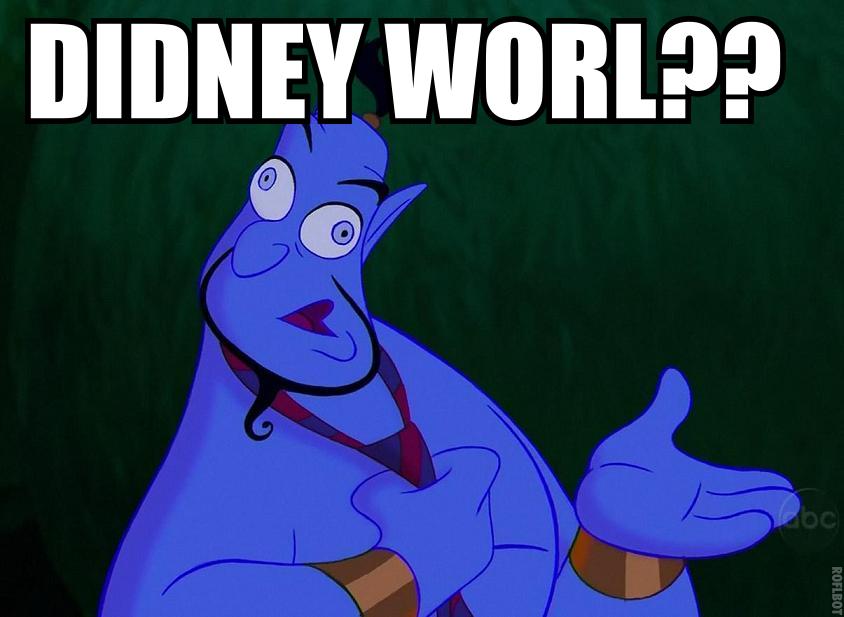 if/when i move out west it's going to be to san diego.

Cedar City, Utah has a good school, a neat Shakespearean festival every summer and seven national parks within a days drive (North Rim of the Grand Canyon is the seventh)

Some parts of Cali are rather cheap, tbh.

...but then you have to contend with Valley Fever.

TastesLikeChicken said:
And for 6 months of the year the weather blows away just about anywhere else in the US.
Click to expand...

and for the other 6 months, you have swampass.

Ns1 said:
and for the other 6 months, you have swampass.