I knew about White Privilege 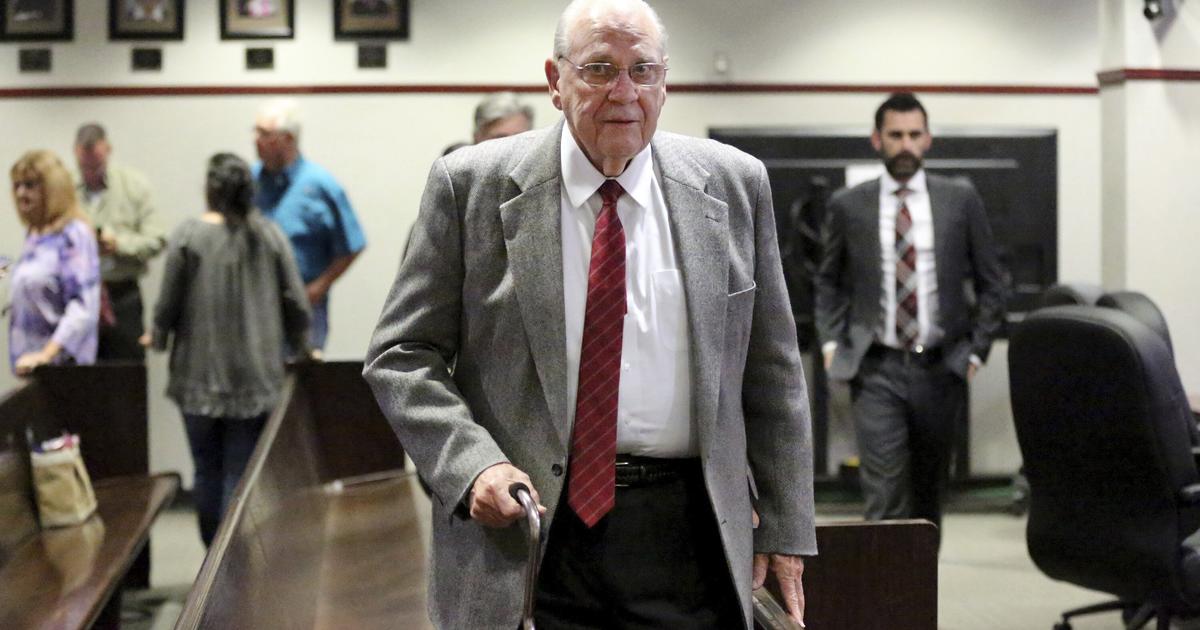 A Florida jury on Friday evening acquitted a retired police SWAT commander of murder for fatally shooting a fellow moviegoer during an argument over cellphone use.

MIAMI (CBSMiami/AP) – A Florida jury on Friday evening acquitted a retired police SWAT commander of murder for fatally shooting a fellow moviegoer during an argument over cellphone use.

Deliberations in the trial began Friday and the six-person jury returned its verdict late that night, news outlets reported.

During closing arguments, defense attorney Richard Escobar said that Oulson, 43, made Reeves, then 71, reasonably believe his life was in danger by turning, yelling and reaching toward him. He said Reeves made the decision to shoot based on his nearly 30 years in law enforcement and hours of training on the justifiable use of deadly force. Reeves didn’t have to wait until he was hit before defending himself, Escobar said.
Reeves “had more knowledge, more experience, more study in that area than anyone in this courtroom,” Escobar said. “It’s a dangerous world.”
But prosecutor Scott Rosenwasser countered that Reeves killed Oulson because he threw popcorn in his face, angering him because it violated his self-image as an “alpha male.”

“He didn’t fear anything,” Rosenwasser said.

No one disputes most of the basic facts. Reeves and Oulson did not know each other. They had gone with their wives to see a matinee showing of the Afghan War movie “Lone Survivor,” the Reeveses taking seats in the back row, the Oulsons one row in front of them, slightly to the right.
As the previews began and despite an announcement to turn off cellphones, Oulson continued texting his 22-month-old daughter’s day care. Reeves leaned over and told him to stop — Reeves says politely, Oulson’s widow and others say it sounded like an order. After Oulson bluntly refused, perhaps with profanity, Reeves went to complain to the manager. When Reeves returned, seeing that Oulson had put his phone away, he told Oulson that if he wouldn’t have told the manager if he known he would comply.
What happened over the next few seconds is where the stories diverge until Oulson grabbed Reeves’ popcorn and flicked it back into Reeves’ face. Reeves pulled his .380 handgun, lunged forward and fired one shot, killing Oulson and nearly severing the finger of Oulson’s wife, Nicole, who had reached out to pull her husband back to his seat.

Escobar said the evidence proves their contention that during the disputed seconds, Oulson, before being shot, threw his cellphone at Reeves, striking him in the face, and then appeared ready to climb over the seats and attack, reaching toward him.
Reeves testified Thursday that in his entire law enforcement career he had never encountered someone so out of control and he feared he was about to be killed. Given his age, arthritis and other physical ailments, Reeves contended he could not have defended himself except by shooting.
Escobar said that it took less than three-quarters of a second between the popcorn toss and the shot. That is too fast for it to be the reason Reeves fired, he said.
“Impossible,” Escobar said.

But Rosenwasser contended Reeves’ story was a lie. Security video does not show Oulson throwing his cellphone, the prosecutor said, and Reeves had no injury on his face where he says it hit him. But the video does show Oulson grabbing Reeves’ popcorn bag, tossing it at him and Reeves firing. Witnesses testified they heard Reeves then mutter, “throw popcorn at me.”

He said Reeves’ story about fearing for his life, that he was a physical “fragile egg” despite having just come back from a hunting trip and Oulson being out of control are all fabrications. They are aimed, Rosenwasser said, at covering up the fact that Reeves has an “alpha male mindset” who liked the adrenaline rush of being a police officer and SWAT commander. He killed Oulson in anger after he had his ego hurt by being challenged and having popcorn thrown in his face, Rosenwasser said.
He said Reeves never fired his gun as he moved through the robbery/homicide bureau, fugitive apprehension and SWAT, yet somehow this movie theater argument over a cellphone escalated to the point Reeves faced the most out-of-control, scariest person he ever faced and had to shoot.
“In his entire career that is the most he has ever been scared? Absolutely unreal,” Rosenwasser said.

We already have a thread about this - from the time of the shooting through the trial and verdict. Please post in it.

Florida Man Is Shot to Death for Texting During Movie Previews

Again in Florida... http://www.nytimes.com/2014/01/14/us/florida-man-is-shot-to-death-for-texting-during-movie-previews.html "An argument over texting at the movies ended in a cellphone user’s death, when a retired police officer in the audience shot him at a theater near Tampa, Fla...

Why wasn't Oulson found guilty for lying under oath?

Security video does not show Oulson throwing his cellphone, the prosecutor said, and Reeves had no injury on his face where he says it hit him.
Click to expand...