Question I have DDR3 DRAM 1866MHz C9 in an old computer. I am having trouble finding more what other models can I use?

I want to use an old computer I built as a media server. It has 16 gb of
VENGEANCE® Pro Series — 16GB (2 x 8GB) DDR3 DRAM 1866MHz C9 Memory Kit and I want to increase it to 32 gb total. But I am having trouble finding more. What other memory can I use. Corsairs' AI recommended going to a DD4 DRAM!!
It is an intel Core i7 i7-3770 based system with a SSD as the booth drive.

Thank you for your help in advance!

Get the part # off the sticker on the memory and google it.

A generic search without the part number shows Amazon might have it, but it's kind of expensive. I guess another option is looking at 4x8gb kits?
0

Kenmitch said:
Get the part # off the sticker on the memory and google it.

A generic search without the part number shows Amazon might have it, but it's kind of expensive. I guess another option is looking at 4x8gb kits?
Click to expand... 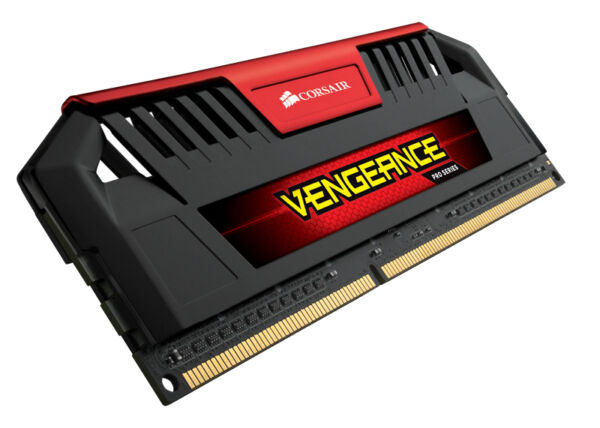 Possibly? Did you look at your MB's support page to see what they suggested? You might be able to drop your 1866MHz down to 1600MHz and take it from there?

Another option would be buying a 4x8GB kit and selling off your current one.

Amazon has the Corsair CMY32GX3M4A1600C9 4x8GB for $181 currently which might be a safer option if your not into buying a used set of sticks.
Reactions: Siddhartha
0

First best option has already been mentioned: buy matching sticks or replace the old ones with a 2x16 kit of either 1866 or 1600.

Second best option: if there is no 1866 matching kit, find the same make, and -- pay attention -- the same model with the lower 1600 speed spec. If you put them in your system and just configure the RAM to "Auto" settings, it SHOULD (SHOULD! I say!) default to the lowest common denominator or 1600, and all the latency settings (SHOULD!) increase to the slower RAM's timings. In the case that it doesn't, make note of the latency timings on the 1600s and manually set speed and timings to the slower spec.

Third and not-so-hot option: find a comparable MODEL of the same MAKE, look at the specs and timings, and pick a kit that seems to have identical specs. Or -- pick a kit of 1600s that has the same specs as the 1600s you might have researched for the Second Best option.

Fourth option: Give it up and learn to live with the existing kit's limitations?

I can see how someone might want to have 32GB in an old Ivy Bridge system. My home server with Win Server 2012 R2 Essentials is an Ivy Bridge.

I've been through this same objective and its issues about three times. There should be plenty of light at the end of this tunnel. And now that it occurs to me, I should window-shop some RAM for my server, if only for a curiosity as to how it might be improved for the duration. I think I'm running 16GB on my server. 8GB is allocated for a Primo-Cache Server version L1 cache. The L2 cache is a Crucial 250GB SSD.
0