How emotionally invested are you in this election?

Seems like on both sides there will be a lot people crying if their candidate loses
Last edited: Nov 6, 2012

not much. I want Christie in 2016 regardless of who wins this election.
G

its been stressful and depressing. Today (regardless of who wins), we in florida win.. no more robocalls, no more garbage tv ads for another 1.5 yrs

Only really for one of the amendments on the ballot. There's one for voter ID and one that would ban gay marriage.

I'm opposed to both, but gay marriage is the one that I really want to fail. I can understand why people support voter ID, even though I disagree and think it's just a big waste of money to stop an imagined problem. Banning gay marriage, though, is simply wrong. It's not legal in the first place and constitutions shouldn't be used to take away rights. And I'm very opposed to using the government to impose religious beliefs on everyone.

The good news is the marriage amendment at least has a chance of not passing. Last I heard it was pretty close. It's sad that it's even close in the first place but at least it's not a foregone conclusion like voter ID.

Not much this round. The only election I got truly pissed off about was 1988. I was a naive student at the time and didn't realize that people really were stupid enough to vote for Bush I. I was mad for weeks. Once I understood that people really would vote directly against their self interests in favor of their prejudices and hatreds , I didn't let elections bother me too much.

Couldn't care less. I'm just tired of hearing about it on the news and on Facebook. Every successive election just reminds me that democracy doesn't work.

Seems like on both sides there will be a lot people crying if their candidate loses
Click to expand...

Very much so. I will be soooo excited when its over.
N

Mildly. I'd probably benefit from Romney's tax changes but think Obama will do less damage.

I'm also hoping the Republican candidate wins the WA governor's race since he has real plans for improving the state, while the D wants to fix things by wishing hard and probably raising taxes.
C

I cried when I saw who made it on the ballot. Apathy set in shortly thereafter.
S

Same here I hate both major party candidates for both president and us congress. I just hope the state of Minnesota can fight back the bible thumpers today and say no to the amendment to make marriage 1 man and 1 woman.
M

This thread cracks me up, full of emotionally dead people who will admit to having no feelings whatsoever, in other words a thread full of fucking liars. Anybody who claims to be apathetic and emotionally uninvolved here is a disgruntled Republican who should be out passionately voting for Obama to teach their party a lesson that if they don't nominate a real human being to represent real conservative values the party can go to hell. Do something you stupid assholes, instead of being swept off a cliff.

I am passionately voting for Obama, because if Romney wins it will be the end of substance vs appearance hence forth in any election. It that fucking position-less drone can be elected, we will have nothing in politics here on out but appearance and marketing. It will mean that the mind of the American people is dead, that they will vote for a pig in lipstick and did.
M

I am just too bright, too jaded, to intellectually sophisticated to be affected by politics. By God, I'm even above sex. My hands are clean and pure. I'm just the greatest there is.
A

I feel that the Romney/Ryan path is wrong for America. So I am invested in this election even though i'm not too happy with Obamas performance vs his campaign promises 4 years ago.

not really invested at all in the results, some state measures have my attention but thats about it.

Too much as usual. Politics is in my blood. Sometimes I wish I couldn't give a crap but I can't let the bastards take over.

soon another person will have to be added to the picture.
A

I didn't vote. I do fear the Rethuglicans taking back power more than I fear Obama retaining it.

Anarchist420 said:
I didn't vote. I do fear the Rethuglicans taking back power more than I fear Obama retaining it.
Click to expand...

To me the main difference between these two is the Supreme Court.

I think of it as sort of a QoL issue as both candidates are in some way bought and paid for... 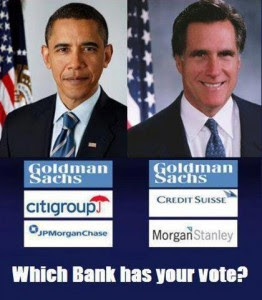 Not emotionally invested at all.
The sky will not fall if "the other guy" wins.
The economy will not tank nor will it skyrocket based on who gets elected nor will the policies they put in place magically fix the economy.
Economy will improve at the rate it is going to improve and whoever wins will take credit.

Government spending will not change. The legislative branch will continue its nonsense.
Those getting all worked up obviously need an outlet and if they want to get all worked up let them.

pauldun170 said:
Government spending will not change. The legislative branch will continue its nonsense.
Click to expand...

However my number one reason for caring about the outcome is who will be appointing new Supreme Court Justices. two or three of them are in their 70s

You didn't mention that.
M