The beautiful 3Dfx Logo laser sticker on the card can easily be mistaken for the DEMO version. The 3Dfx logo and characters on the chip on the card are all sprayed silver paint, which is very three-dimensional, which is different from the usual white printing later.
Pixel Processor TMU chip number 500-0002-01 is packaged in a 208-pin PQFP, chip date 9612 weeks, The official version of the chip is 500-0004-02.

1.1.2 Obsidian Black version Chip Evaluation board
The picture of Obsidian Black version Chip Evaluation board is only available on the 3Dfx website. It is similar to the green version in that there are laser stickers and welding positions for square crystals.There is a resistor array at the bottom of display memory is similar to the later version. PCB# is among 600-0003 to 600-0011.

(This picture from 3dfx.cz may be the seller's picture, more than the buyer Gary's picture on the back.)

1.1.4.2 PCB date 9625 Weeks
More Obsidian graphics cards with PCB date of 9625 weeks,Using an early chipset or with a "µ test" sticker may be a qualification sample or customer sample, or even an engineering sample. "μ test" seems to be suitable for PC testing, and the tested Obsidian graphics cards are obviously not used for retail.
Obsidian SB50-2200 Qualification Sample

1.1.4.4 Amethyst
Amethyst daughtercard has added a TMU chip, which is simply to make voodoo into voodoo 2, so the number of obsidians equipped with Amethyst daughtercard is very small. After all, 3dfx will continue to sell voodoo 2!It's just that Voodoo2 chip is optimized on the basis of Voodoo chip. The process is also increased from 500nm to 350nm, and the working core clock is increased from 50MHz to 90MHz, and the performance is naturally greatly improved.
The sb50-2200 model is interpreted as follows:
SB50： single card, double card is 100 DB. (50 for 50 Megapixels/Second and 100 for 100 Megapixels/Second.)
2200: the first digit is 2MB of video memory equipped with the FBI chip, up to 4MB at most; the second digit is 2MB of video memory equipped with the TMU chip, up to 4MB at most; the third digit is the video memory equipped with the TMU chip on the Amethyst daughter card, 0 represents that there is no Amethyst daughter card, with the Amethyst card, the video memory can be 2MB or 4MB; the fourth digit is 0, it is rumored that there is a daughter card that can support the third TMU chip, It's never been there.
1.1.4.4.1 PCB#600-0003-01 2MB Engineering sample
This version only has a 2MB video memory version, which is an Engineering sample, and only one piece was found, which is Gary’s green Obsidian SB50-2220 original daughter card.
Amethyst 50-0020 Engineering sample & Obsidian SB50-2200 ES

1.1.5 Obsidian Pro
Obsidian PRO is an Obsidian graphics card specially adjusted for SLI connection, taking into account the cost considerations, there are two major improvements, one is to improve the front SLI connection circuit, and the other is to remove most of the resistor array the front memory and other parts.
1.1.5.1 Obsidian PRO
Obsidian PRO graphics card FAB No.600-0013-05, PCB date is 9651 weeks, it can be seen that the completion of this SLI function is difficult, and it took six months to complete.
1.1.5.1.1 SLI Main card
The SLI connection special version is divided into main card and secondary card. The main card of Obsidian PRO SB50-2400 is as follows:
Obsidian PRO SB50-2400 Qualification sample

I/ITSEC, ORLANDO, Fl., December 2, 1996 -- 3Dfx Interactive, Inc., along with several of its OEM, VAR, and System Integrator partners, today demonstrated the Obsidian XS-100. Based on an advanced configuration of 3Dfx Interactive's Voodoo Graphics chipset, the Obsidian XS-100 represents the high-end of 3Dfx Interactive's Obsidian family of professional realtime 3D graphics accelerators for PCs. With its 100 Megapixel/second, tri-linear-filtered, texture-mapping performance and $2,500 MSRP, the Obsidian XS-100 enables military and civilian visual simulation application developers and location-based-entertainment (LBE) system integrators to deploy PC-based systems, thereby replacing proprietary image generator (IG) and workstation solutions which typically are ten times the cost of equivalent levels of 3D performance. Current PCI-based 3D graphics products deliver less than one third of the tri-linear fill rate performance of the Obsidian XS-100. The Obsidian XS-100 will be sold through visual simulation and LBE system integrators, VARs, and OEMs this month.
The above passage comes from the 3Dfx website, which shows that Obsidian 100DB graphics card is a 3Dfx development project. In fact, 3Dfx will not be able to sell Obsidian 100DB as scheduled.
The performance of Obsidian's 100DB graphics card is close to Voodoo2 graphics card SLI connection. After SLI connection, the graphics card resolution supports 1024X768, which improves the performance by about 50%.
0
Y

1.2 Quantum3D
31 March 1997, Founded by 3dfx, Gemini Technology and SGI co-founders, along with former Intel and Sun Microsystems employees including Ross Q. Smith, John Archdeacon, Charles "Herb" Kuta, Dan Downum, Phil Huelson, and Dale Stimson.Separated from 3Dfx on April 8, 1997, took the Obsidian brand and continued to develop 3dfx related products.
The establishment of Quantum3D is essentially the 3Dfx coveted the lucrative profits of the mid-to-high-end Voodoo card market. After Quantum3D was separated from 3Dfx, it participated in the development and production of Obsidian graphics cards for 3Dfx for a long period of time. Finally, it was also sold under the name Quantum3D. After cultivating a good team and accumulating a certain strength, Quantum3D took away the Obsidian brand and Obsidian-related assets, truly independent, and independently developed products.

（From edmundoab）
The following Obsidian Pro SB50-2200 graphics cards are produced and sold after Quantum3D is completely free from 3Dfx. Quantum3D uses the more compact Obsidian pro board type.

Great blast from the past. The Voodoo 2 was the first video card I ever bought. Quantum3D made several unique products back then, like that card with two Voodoo2s in SLI on a single card, and the Mercury system that could take 4 of these cards (8 Voodoo2s) in SLI.
0

lol i felt so entitled back in the days when i was running SLI on Voodoo2.
0

aigomorla said:
lol i felt so entitled back in the days when i was running SLI on Voodoo2.
Click to expand...

Remember back when a person could actually buy video cards? That was awesome.
0
Y

1.2.2 Self-Developed products
Quantum3D self-research products are all marked with its own logo. 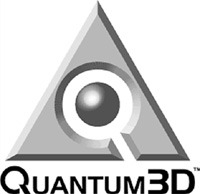 1.3 Orchid Technology
Nov. 6, 1995 Orchid Technology announced the development of a 3D game board for consumers based on Voodoo graphics.
March 20, 1996 Micronics Computers, Inc. and its wholly owned subsidiary, Orchid Technology, today announced a strategic alliance with 3Dfx Interactive, Inc. to develop an integrated system solution for the arcade game industry and peripheral products for the personal computer market. Orchid Technology will develop its "Righteous 3D" TM graphics accelerator card based on the 3Dfx Voodoo chipset and Glide API.
October 3,1996 Righteous 3D ships to direct sales customers. （NEWS from www.orchid.com）
1.3.1 Righteous 3D BIOS version Engineering sample
Orchid as the earliest partner of 3DFX. When March 20, 1996 (9612 weeks) announced the development of Righteous 3D graphics cards, the earliest Obsidian green version of our 3DFX collection graphics cards (9615 weeks) had not yet been finalized. Righteous 3D's FCCID: DDS7EFF06964M3DFX was approved on July 24, 1996 (9630 weeks). The general FCCID certification takes about three weeks, so it seems that Righteous 3D is 9626 weeks finalized, which is almost the same as 9625 weeks of 3DFX finalization date. The Righteous 3D promotional image below is the one that has passed FCCID certification. It can be seen that Righteous 3D was originally designed with BIOS.

Another feature of the Righteous 3D graphics card is the use of 2 Relay switch. It is said that 2 Relay switch were canceled in the end. I have not seen the real thing.
Last edited: Jan 29, 2022
0
Y

The release date of Diamond Monster 3D is later than October 3, 1996 of Orchid Righteous 3D.
1.4.1 Monster 3D BIOS version
Monster 3D was originally designed as BIOS version like righteous 3D, but it is commercialized.

1.4.1.2 Monster 3D Review sample
The FCCID of the Monster 3D graphics card: FTUPCI2184M, the time of passing the certification after inquiries is 08/26/1996 , 9635weeks. The official announcement date is August 6, which is 9632 weeks. The card below is a Monster 3D review version graphics card with a PCB date of 9630, which will be finalized before the official announcement. The date of the stamp on the PCB is 9634 weeks, indicating that this time has been made. On October 3, 1996 (9640 weeks), Orchid officially released the Voodoo card for the first time, and Diamond was later than this date.This card is a pre release version of Review Sample.
The two chips on this card are early silver paint, not ordinary white paint.
Monster 3D Review sample

1.5.2 Magic 3D Plus1
The Magic 3D plus1 designed by skywell technology for 8MB video memory is also powerful.

1.9 InnoVision
There are not many voodoo cards with video output in 4MB.
3DX5000TV

Voodoo Rush surpasses Voodoo in resolution, with a maximum resolution of 1600x1200. Due to the poor compatibility of the Rush chip, the 2D performance is mediocre. At the same time, there are some compatibility issues with the software in the 3D part. However, as 3Dfx's first graphics card that can work independently, the production volume that year was far less than Voodoo, still has a good collection value.

2. 1 Dfx
The 2D Graphics chip of Voodoo rush is provided by Alliance Semiconductor and MXIC.

2.3 Orchid Technology
Orchid Technology was involved in the research and development of Voodoo rush very early, but the product failed to achieve the expected purpose and gave up retail.

The above two unreleased and unsold Voodoo rush graphics cards are from the G1nX collection. G1nX is a top computer hardware collector and also has the earliest Obsidian green graphics card.
0
Y

2.6 Quantum3D
Quantum3D Ventana graphics card has an expansion interface, you can install a VOODOO TMU daughter card (SHADE), which seems to be a Voodoo2 graphics card with 2D output.