Heroes Hour - HOMM fans should check this out 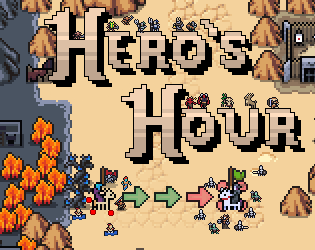 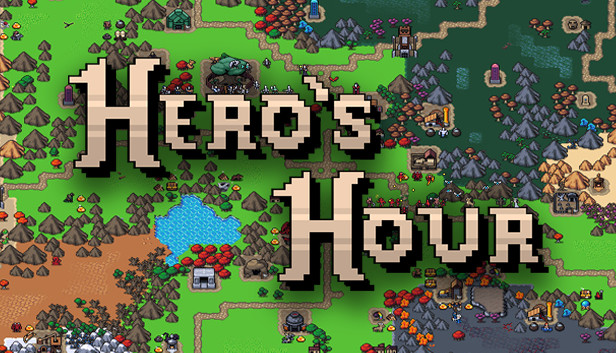 A fast turn-based strategy RPG with real-time combat. Develop your cities and armies, level up your heroes to gain new, powerful spells and skills, and explore the wonders and dangers of the procedurally generated maps as you aim to conquer your enemies before they do the same to you.

I heard about this from the Spiffing Brit on Youtube and since I loved the older Heroes of Might and Magic games, this one has been incredibly fun. It's currently still in development, but according to the devs on the Steam discussions and in the discord, it's nearly finished and if you buy a copy from that itch site (never used it or heard of it myself), you get a free Steam key once it's fully released. I got a key by just going to the discord and snagged one when the developer dumped out a ton of keys to anyone who wanted one.

For the most-part, it's incredibly similar to HOMM3, but the major difference is that when you get into battle, you don't have a grid and the number of units actually corresponds to how many units will spawn. So you're not moving a single sprite that has a number value at the bottom - instead if you have 50 peasants, once the battle starts, 50 peasants will spawn in and go on the offensive. The combat is also no longer turn-based so they get pretty hectic at the later stages of a match. I'd say in its current state, it's well worth $10 but if you're feeling exceptionally cheap (or you just have better things to use money on), hang around in the discord and you'll probably get a free key. Though ever since Spif made his video, the discord has been completely packed with people begging for keys, so it's a bit of a challenge at the moment.
B

real time battles? ewww, no thanks.
the battles should focus on thinking, planning, maximizing resources on every turn and pushing the AI into the corner and not about how fast you move your mouse.

Borealis7 said:
real time battles? ewww, no thanks.
the battles should focus on thinking, planning, maximizing resources on every turn and pushing the AI into the corner and not about how fast you move your mouse.
Click to expand...

They didn't want to just remake HOMM but in pixel form, so some changes had to be made. I personally love both HOMM's turn-based combat, but this type of combat is also really fun. You can tell your unit groups what to do during the battle, but it's more of a suggestion than outright commanding the entire field 100% of the time. Most of the battles I fought were just me placing the units down to spawn and then sitting back and casting spells. I'm sure fighting heroes will have more to do under your command during the battle, but as a spell-caster, it was fun just sitting back and watching my units destroy everything on their own.
You must log in or register to reply here.
Share:
Facebook Twitter Reddit Tumblr WhatsApp Email Link