Herman Cain has died from covid 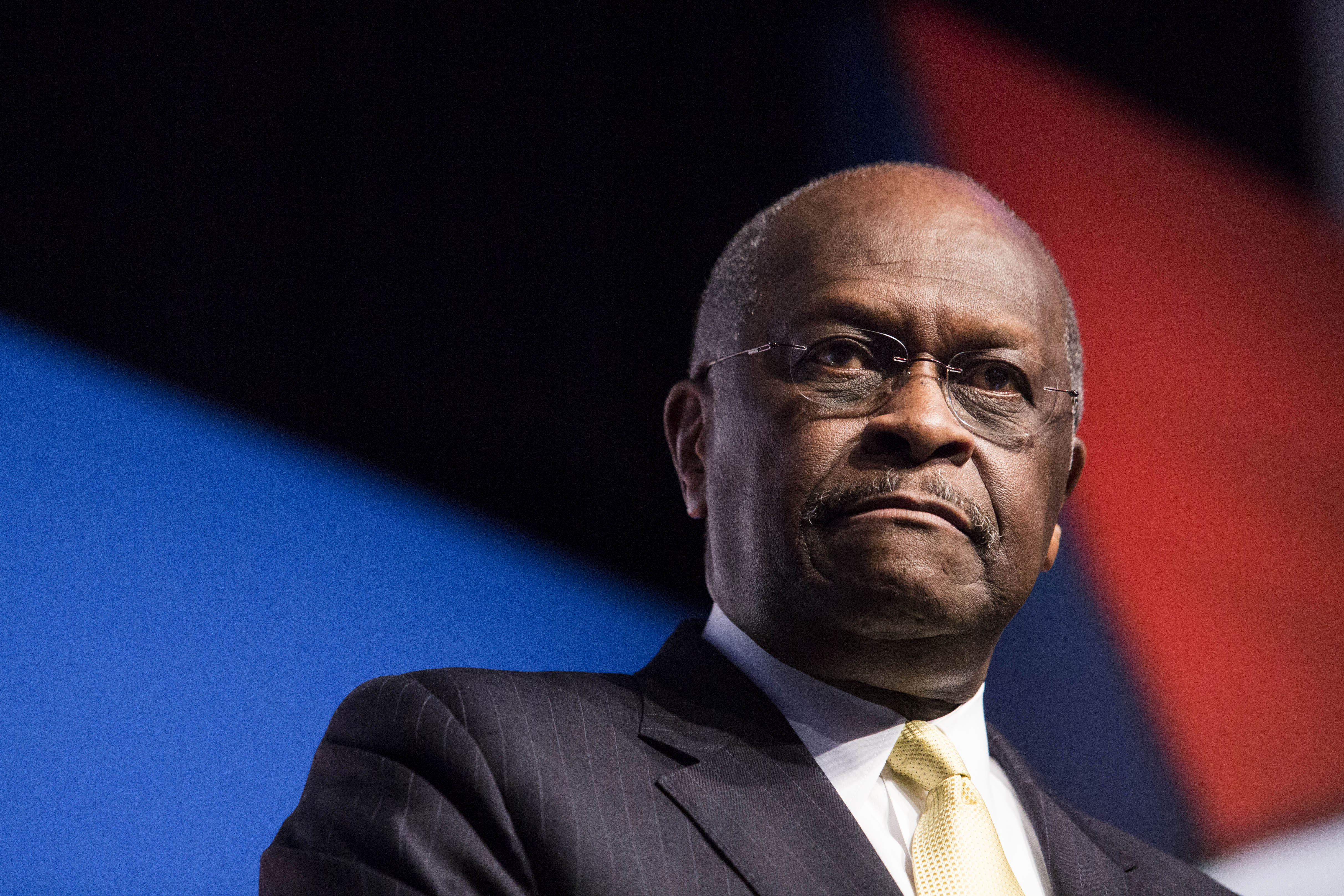 Herman Cain has died after being hospitalized with Covid-19

The coronavirus pandemic has brought countries to a standstill. In many places, as countries reopen, Covid-19 cases are on the rise. Follow here for the latest.

can't say I'm sad as I did not care for his positions so I will leave at that.

The Republican Party turning into an actual death cult really is something.
Reactions: zinfamous, DarthKyrie, loafbred and 4 others
M

This is just sad. so fucking needless. He was hospitalized 11 days after attending that stupid rally in Tusla. The exact time frame you would expect from a COVID infection.

The right needs to wake the hell up already.
Reactions: DarthKyrie, Dulanic, Bitek and 1 other person

Herman Cain is dumb as fuck:

Is this MAGA for the Trump loyalists out there?

Maybe if Gohmert kicks off they might be impressed.

Yep, he's black so it probably won't register with most GOP voters.

PEOPLE ARE FED UP that they have to endure such tyranny as someone telling them to slap a (very heavy and oppressive) mask on their face when they want to venture into Walmart for their pork rinds. Help, help, I'm being repressed!

He was a smart guy so he chose a position of ignorance about masks for political reasons. I feel as much empathy for him as someone wearing a seal suit going for a dip at Seal Island with the leaping great whites. Or a better analogy would be someone choosing to drive drunk--they might wrap themselves around a telephone pole but far worse they might sideswipe a family.
Reactions: DarthKyrie and tweaker2
T 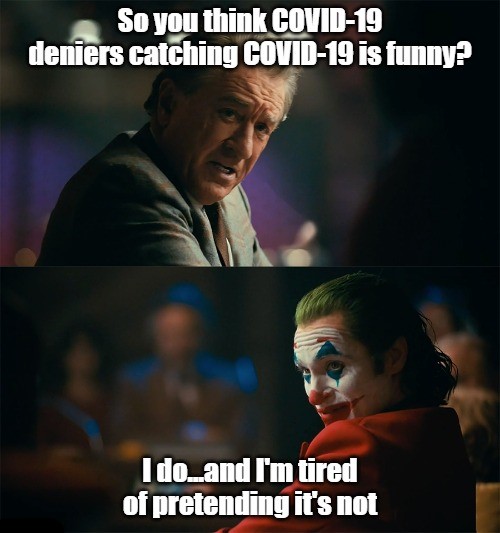 Not gonna pretend.
Reactions: soundforbjt, zinfamous, Mean MrMustard and 10 others

He went to a rally heath experts said shouldn't happen despite having severe medical problems of his own making him high risk for death, got the disease, and died. This is more or less what health experts stated would happen. I pretty much am waiting for the news headline that Trump himself has covid and is in hospital because he has medical problems and has been extremely risky with his behavior.
Reactions: iRONic and hal2kilo

So Herman, any second thoughts from your pedistal of ignorance?

Well, I guess at least he's not FED UP anymore.

Plans for the federal government should not be based on a catchy ring in a TV ad.

There are benefits to simplicity, and we should strive for a more simple tax. But, one-size does not fit all. One-sized plans will do immense harm to America. We need simplicity, but not all the way down to one-size for all. Heck Cain himself adjusted it to 9-0-9 whenever he was talking to a specific group. Just make it 0% tax for whomever you are talking to! https://web.archive.org/web/20111228002805/http://www.sunshinestatenews.com/story/herman-cains-revised-9-0-9-tax-plan-raises-new-doubts

My main beef though, is if you went to a X-Y-Z plan, the chances are zero that the best plan for America happens to have the same numbers for X, Y, and Z. There is an optimum (most economic growth, least debt, most opportunity, most fairness, etc), but, a catchy 9-9-9 ain't it.

Cant say any fucks are given as he should have known better. But he fell in line with his cult and paid the ultimate sacrifice.
Last edited: Thursday at 1:15 PM

So many insults running thru my head. I'll just say may he RIP and hope he died happy with his choices.
Reactions: Thump553 and DarthKyrie

soulcougher73 said:
Cant say any fucks are given since he was a DR. and should have known better. But he fell in like with his cult and paid the ultimate sacrifice.
Click to expand...

Wait Cain is a Dr or are you confusing Cain with Carson?

At least he died for what he believed in.

Fanatical Meat said:
Wait Cain is a Dr or are you confusing Cain with Carson?
Click to expand...

Heh. Channeling his inner Rubio.
I

Fanatical Meat said:
Wait Cain is a Dr or are you confusing Cain with Carson?
Click to expand...

Herman, well, I don't think he was a bad guy, but he got swept up in the ordinary Republican conspiracy making nonetheless. Sad to see him die. I hadn't listened to him in quite some time, but seeing the story made me slightly surprised he went full-in on the anti-mask thing. But only slightly.

I'm waiting for someone to take a position where masks should not be made mandatory but that they recommend wearing them (at least for some people in some situations) and personally follow those recommendations. We are so effing divided in this country. Even people who don't have an agenda specifically to advance that division for their own gain are seeing themselves fall prey to the notion that the only rational position to take when you object to a particular viewpoint is its exact opposite.

I actually liked him—I think for some reason when I was younger, naïve and more conservative, he appealed to me. He was still far more likable than the current slate of QAnon Tea Party bigots for sure.
Reactions: uclaLabrat

I'll leave this with something good to say. Godfathers Pizza was the place to go in the day, if you had toddlers and young kids in tow. The pizza was good enough, and the kids could pretend that they were playing the video and pinball games. (While mom and dad had a beer or two).