Do you lower the detail of the graphical settings to maintain 50+ FPS or do you max it all out even if you're going to average less than 50 FPS?
Last edited: Aug 23, 2012

Protomize said:
Do you lower the detail of the graphical settings to maintain 50+ FPS or do max it all out even if you're going to average less than 50 FPS?
Click to expand...

Depends on the game.

Something multiplayer/competitive, I'll lower the detail.

Something singleplayer and unintensive, I'll bump up the settings. But I'd at least want it above 30FPS.

Depends on the type of game, I can deal with 30fps for some games but others nothing below 60 would do. Also, multiplayer I always go for higher fps over pretty.

I want both! Can I have that option?
P

cmdrdredd said:
I want both! Can I have that option?
Click to expand...

Oh, sorry, this was a question for those who buy equipment based off of value as opposed to performance.
F

With the amount of money spent to obtain that, you better have both, lmao. This thread is not for you people. 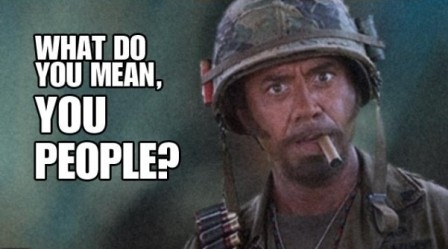 I want 30+ fps with minimal slowdowns or stutters. Usually most games I can play maxed out with max AA on my 5760:1080 eyefinity setup (just running a pair of 6870s)

Protomize said:
Oh, sorry, this was a question for those who buy equipment based off of value as opposed to performance.
Click to expand...

I voted for smooth frame rate, but in case's where detail helps me be a better player I'll sacrifice a little performance. For instance playing BF3 with high or ultra shadows makes it easier to keep track of choppers if they fly over head or sneak up on you while you're in a chopper as well. Shadows on the ground just become easier to spot from a distance as the shadow detail goes up for some reason.

One feature I've yet to find a good use for is SSAO, seems to ruin games frame rates and deliver zero visible enhancements.
G

I use a LCD, so step one is set to native resolution.

I do not care about the AA or similar higher level settings (have not been able to see them well enough to care so have no interest in them). so off with them regardless of frame rate.

then adjust as needed to not have noticablly slow frame rates (Started gaming FPS with a rate of sub 10, so 30 is good enough).
C

I need 60fps, at the very least. On my hardware I can usually do that on a mix of high and ultra with 4xAA, but if I have to drop down to medium in a particular game, I would without thinking twice about it. Now, if I had to drop to medium in a second or third game, I'd just buy new hardware.
Z

I'd lower the resolution itself to achieve smooth framerate. Thankfully my monitor deals with non-native resolutions pretty well so it's not too noticable.

I'm still running all my games with my GTX285.

I always "want to" upgrade, then I change my mind. For now I have the feeling I want the GTX 660 Ti... but I know myself enough that I'll do other things and my work keeps me busy, weeks fly by faster than I'd want them to and the next thing I know a new card is announced then I end up waiting "a bit more". That 285 is effectively the last upgrade I've had for my GPU, although I did upgrade the CPU, motherboard and memory fairly recently enough... relatively anyway.

So, in most games I usually have to run them at 1280 x 1024. I can run above that resolution but then I have to lower the in-game settings too much. For many console ports it's usually not much of a problem because whether the settings are at the highest or lowest it usually doesn't make that much of a difference. The games for which I actually run with reduced in-game settings are Company of Heroes and Dawn of War 2. I own Crysis and Crysis Warhead but I don't play them, they're not installed.

For other games like Team Fortress 2, or Indie games like Trine 2, etc., then my 285 still manages well enough, as long as the resolution isn't too high. What I actually want from games would be both of course, smooth frame rates and highest graphics. But if I had to chose (and I do sometimes have to chose) then I go with smooth frame rates, regardless of the game type.
Last edited: Aug 23, 2012

30 fps is perfectly playable for me, so I usually aim for around there. More is better, obviously, but not necessary.
P

generally speaking these days you can have both with a good system, games don't push hardware like they used to.

Smooth gameplay is most important. I get as much graphic detail as I can while maintaining smooth play.

I always wait until my PC can do both, waiting potentially a few years to play something doesn't bother me. If it's a multiplayer only title however, I'll just play it on low if I'm not getting a constant 60, as I'm not going to wait around as the community disintegrates.

Turn down the detail to get playable frames.

However, once I have to go to "medium" settings to get decent fps on a few games, that's upgrade time.

Multiplayer is just turn off as much crap as possible. Not only is it easier on the fps, it usually makes it easier to see enemies without all the gfx effects.

Dumac said:
Depends on the game.

Something multiplayer/competitive, I'll lower the detail.

Something singleplayer and unintensive, I'll bump up the settings. But I'd at least want it above 30FPS.
Click to expand...