Anyone else find any benchmarks for the beta?
Reactions: AtenRa

Game doesn't look nearly as good for the ridiculous performance it demands. To me GTA 5 or Black Flag or Witcher 3 or Crysis 3 look much much better and also offer better performance.
B

Yeah heard a lot of complaints on other forums about the performance / IQ. I mean even with settings off a Titan XP barely hitting 60s. Combined with the very bad IQ from streaming issues... hope it performs a lot better by release!
C

There must be some settings that hog too much GPU power, need to find out which one.

game looks good enough. Kinda flat in some places but overall good. I think it might have purehair in there. Models are good etc. Performance was meh but hopefully improves. not sure I gained much from changing to high or medium from very high.
Last edited: Feb 4, 2017

My buddy sent me an invite. We are both gaming at 2160p and on 1070's. I was shocked at how bad the performance was in multiplayer mode. Texture streaming and stuttering was a big problem. I had to lower shadows to medium, but was able to keep everything else up high to get 60 fps, but with massive dips at times.

Once I went back to SP mode (by accident), the performance issues became minimal! Texture streaming and stuttering went away nearly completely in single player.... 60fps was an easy thing in single player, with frametimes being solid.

I notice CPU usage is incredibly high across all threads. This game wants more cores and high clocks.

The graphics look really good at times, particularly the lighting and reflections. At other times, they look flat as Azix mentioned above. I notice vehicle physics are just poor at times. The car wheels appear to be at 30 hz or something. It looks all wrong.

This game looks really good. It has a lot of potential but it feels more like an Alpha than a Beta. I am pretty confident performance will be better simply because of my experience in Single Player.

edit: This game also needs more AI enemies in total. It is worrying that CPU usage is so high when there are only like 20 enemies in a village. There needs to be more guys to shoot as it feels pretty easy on Ghost difficulty with one teammate. I hope the game engine can handle around ~3x as much AI. We play Rainbow Six: Siege against nearly 100 terrorists total on Favelas so I hope Ghost Recon can do similar things.

Rainbow Six Siege spawns 40 enemies at once on Favelas Realistic Disarm Bomb with very high CPU usage. More spawn per bomb. Each other map is 20 enemies before a bomb.
Last edited: Feb 4, 2017 Good threading, too bad the game visuals don't match the performance hit. Hopefully they get some good data from the test and can fix it prior to launch or they are going to get slammed in reviews. Heard that low settings look awful and still performs bad, so not even a "turn down settings" to fix perf like most recent games.
R

another review. Nvidia cards rule the roost. Surprisingly this review shows 1070 hammering a 980 Ti. btw its a walkthrough actual gameplay benchmark ( not in game canned benchmark ). 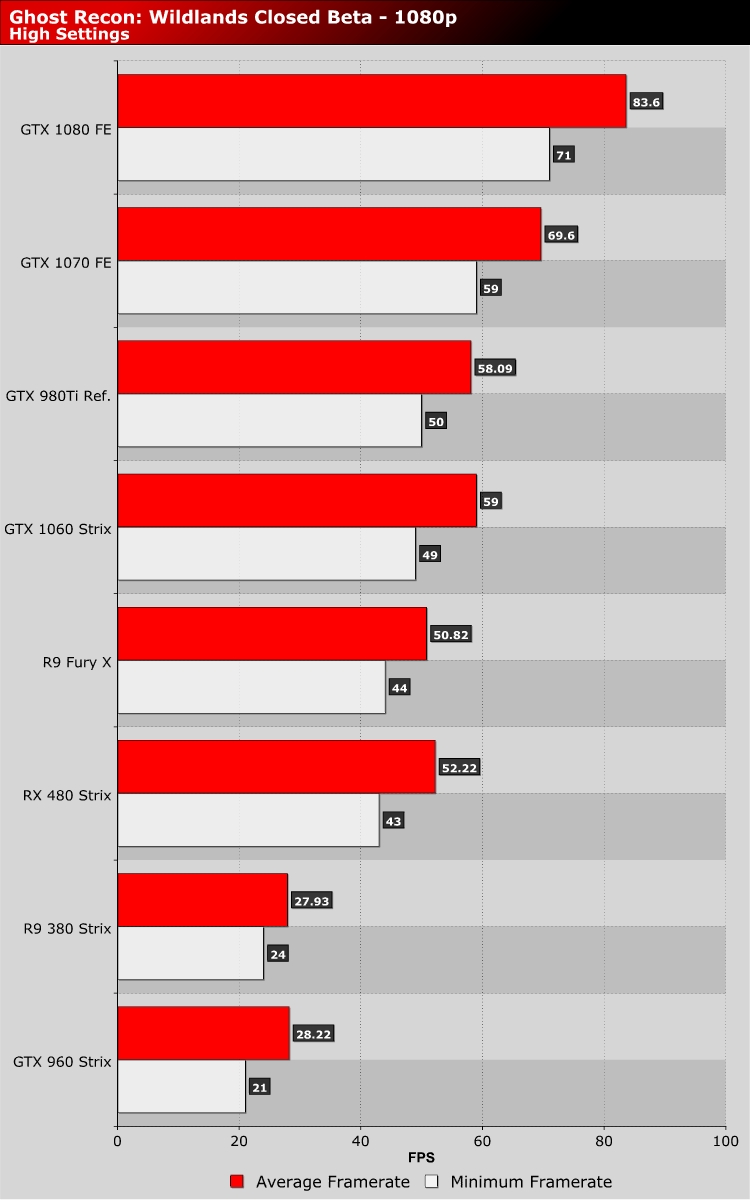 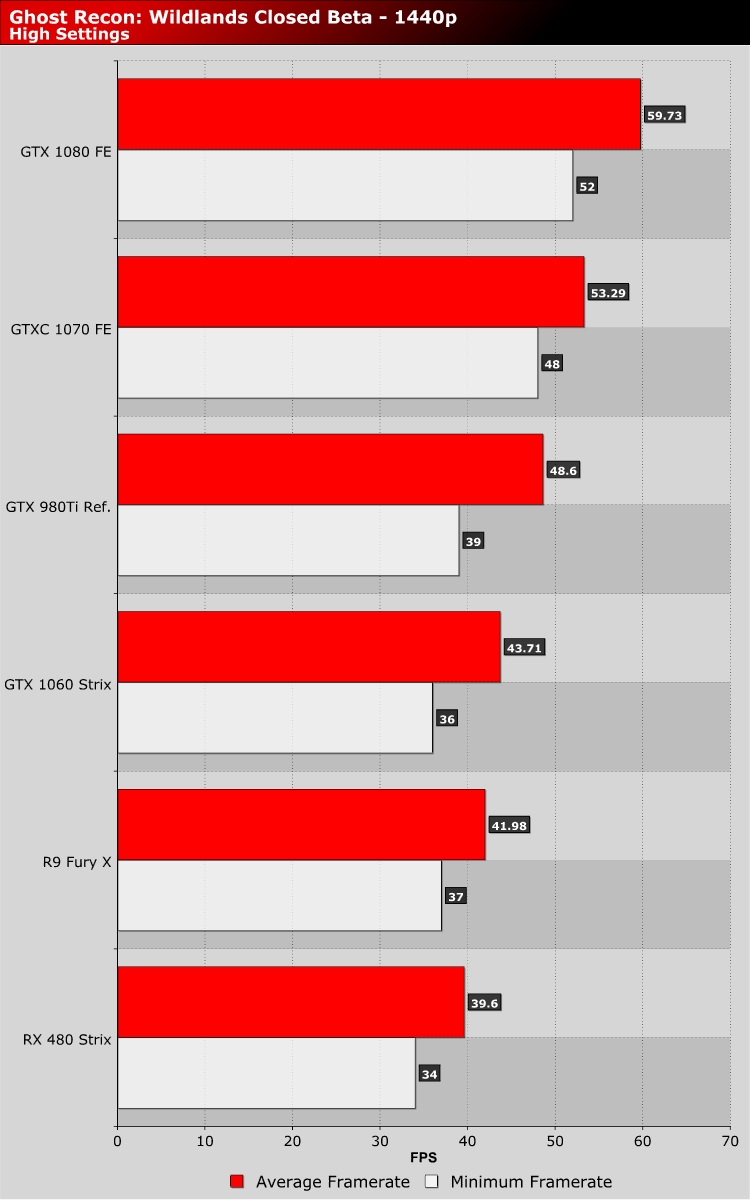 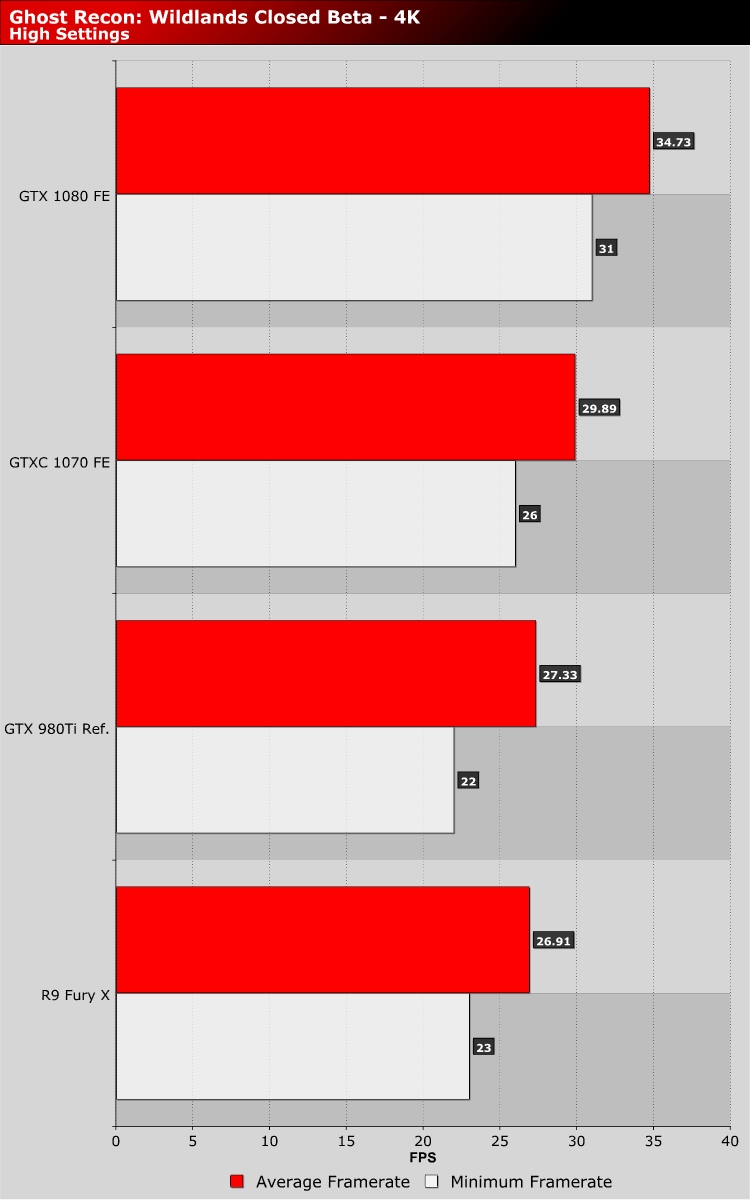 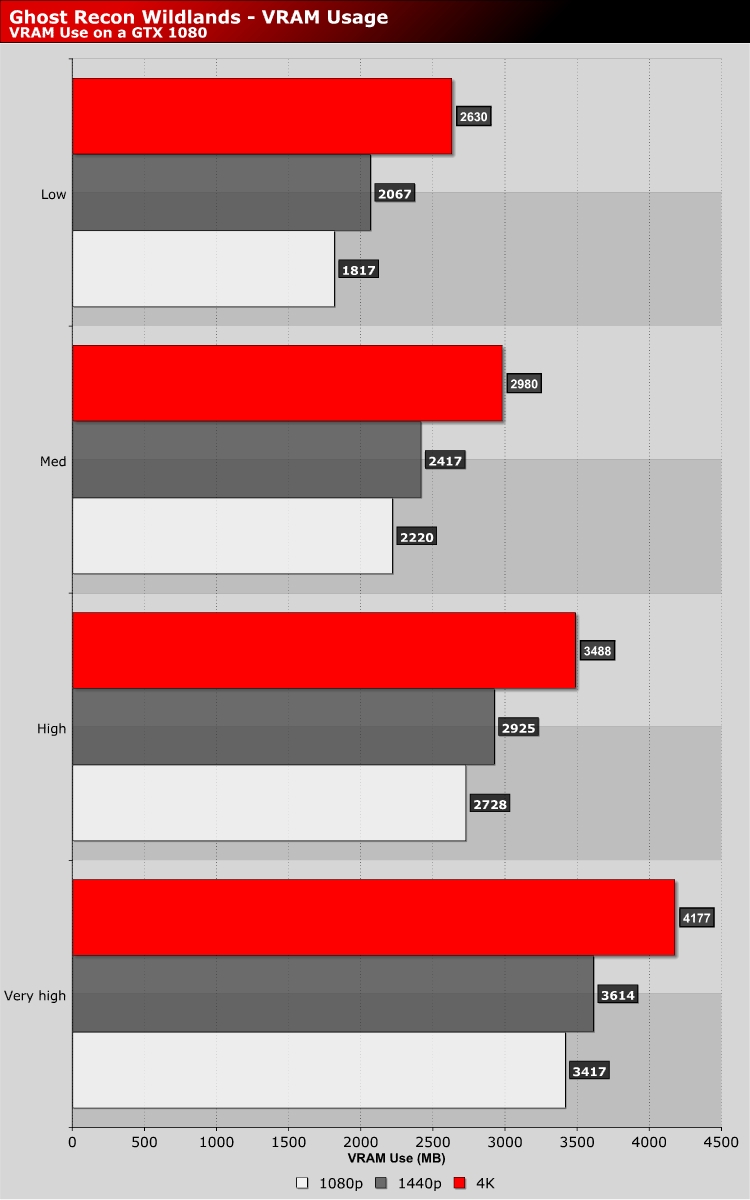 Those settings they use seem to be above the high preset or they are testing with a 4 man squad in the rain while having a 4* unidad wanted level.
You must log in or register to reply here.
Share:
Facebook Twitter Reddit Tumblr WhatsApp Email Link