Intel dual ports NIC definitely worth it (pre-owned is OK) , but where did you get the info that Win10 1809 removed channel bonding ?

Try SMB multichannel first, the feature has been added since Windows 8.1

An overview of using the SMB 3 protocol for file shares and file serving with Windows Server.
docs.microsoft.com

Use this topic to use SMB Multichannel for increased throughput and network fault tolerance.
docs.microsoft.com


Tested OK between my two Win10 VMs, no special equipment and no configuration required. Each VM got 2 virtual NICs and 2 DHCP IP addresses.


The Youtuber is using one Realtek and one TP-Link NIC.

Thanks, I'll look into that stuff.

This from the Intel site. https://www.intel.com/content/www/us/en/support/articles/000020905/network-and-io/ethernet-products.html

The "catch" I've read with the stuff below is that the software may not be happy with less than a Intel / Intel NIC, ie doesn't see HP or Dell even if they use Intel chips.

Please take a look at the user guide.

There are 2 options to achieve channel bonding. 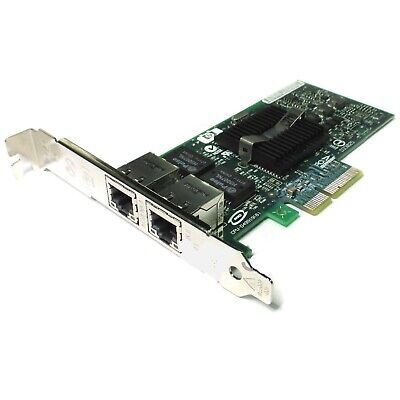 Model NC360T. Network Ports Ethernet (RJ-45). HP Server Parts. ServerPartsFast is an independent distributor of servers and components located in Atlanta, Georgia. Don't ask for it. We have inventory beyond what is listed, feel free to ask about other parts.
www.ebay.com
0

mikeford said:
Thanks, I'll look into that stuff.

This from the Intel site. https://www.intel.com/content/www/us/en/support/articles/000020905/network-and-io/ethernet-products.html

The "catch" I've read with the stuff below is that the software may not be happy with less than a Intel / Intel NIC, ie doesn't see HP or Dell even if they use Intel chips.

It only asks you to use newer driver/utility, it doesn't say it's not supported after 1809.

How to Set up Teaming with an Intel® Ethernet Adapter in Windows® 10 1809?

How to Set up Teaming with an Intel® Ethernet Adapter in...

Instructions on how to use PowerShell* with recent drivers to set up a team with an Intel® Ethernet Adapter.

Lots more searching and asking of questions, no disrespect intended, but nobody saying I did this and it worked, some though saying I used to do something and had to switch to newer NIC.

Others very "likely" may work, but I eventually was totally out of a may work mindset. One person suggested all I needed was ONE supported Intel device for the software to recognize and it would then team with any other NIC of any brand. Considered, maybe as just a test, but again the certain to work list of Intel cards was short and none were cheap. Current most desired card looks like the i350T2V2, and China sources on ebay were still like $100.
0 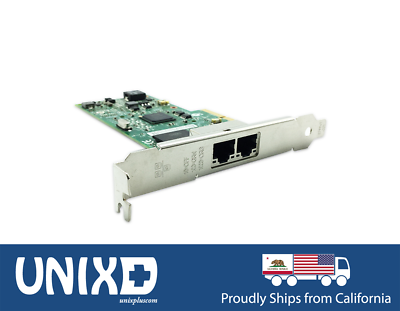 Thanks, video not in English, but didn't really hinder following what he was doing. I actually considered 2 port version of card he used, but as far as I could tell it was a Intel chip, but not an Intel card, which may or may not work depending on licensing or some such. Shows up in searches for i350am2, but didn't see a listing branded as Intel, so skipped.

Saw that ad on ebay, details too fuzzy. None of the images clear enough to read the numbers and the listed UPC is for a different card. I bought the i350 that has a serial port and ribbon connector on the bracket above the two RJ ports for $27. Looks like a week of waiting for it to arrive and test.
You must log in or register to reply here.
Share:
Facebook Twitter Reddit Tumblr WhatsApp Email Link