Once upon a time, all PC cases were all boring beige and white boxes. Then Apple released the iMac in 1998, and for a brief moment we have a bunch of manufacturers who were making colorful computer cases to compete. One of my favorites was the Sony VAIO, which was a cool combination of gray with purple accents:

This era only seemed to last for a few years, before Apple switched over to making white and silver colored computers from 2002 onward. Most of the PC manufacturers followed suit, and PC cases have all been various boring shades of Gray, Silver, or Black ever since. Sure, you can get them with a window or cheesy LED lighting, but the cases themselves all seem to look pretty similar.

Does anyone else miss the era of colorful PC cases? Anyone else have a favorite that they would like to mention?
Last edited: Oct 17, 2020
0

ultimatebob said:
Does anyone else miss the era of colorful PC cases?
Click to expand...

Not even for one second.

Looking back at most case designs back in that period, I think they are ugly compared to newer models (kind of like occasionally seeing old 1990s cars on the road).
0

UsandThem said:
Looking back at most case designs back in that period, I think they are ugly compared to newer models (kind of like occasionally seeing old 1990s cars on the road).
Click to expand...

I dunno, I still respect those dudes that are rocking a classic 80s Trans-Am/Firebird. Bonus points, I guess, if they're still sporting a mullet. LOL.
0

VirtualLarry said:
I dunno, I still respect those dudes that are rocking a classic 80s Trans-Am/Firebird. Bonus points, I guess, if they're still sporting a mullet. LOL.
Click to expand...

However, I envisioned cars more along the lines of say a 1990 Toyota Corolla.
0

Yeah... now THAT is a cool case. It reminds me of the Falcon Northwest Exotix cases that they used to do, where you could get automotive quality paint on your case in any color you wanted.

You want to match that unique shade of orange on your McLaren? They could do that
0

I still have the box lol

it is glossy painted steel.
0

I had one of these but i lost all my pictures of it when i forgot to backup the memory stick on my digital camera.... it was an age when digital cameras were still considered better then phones. 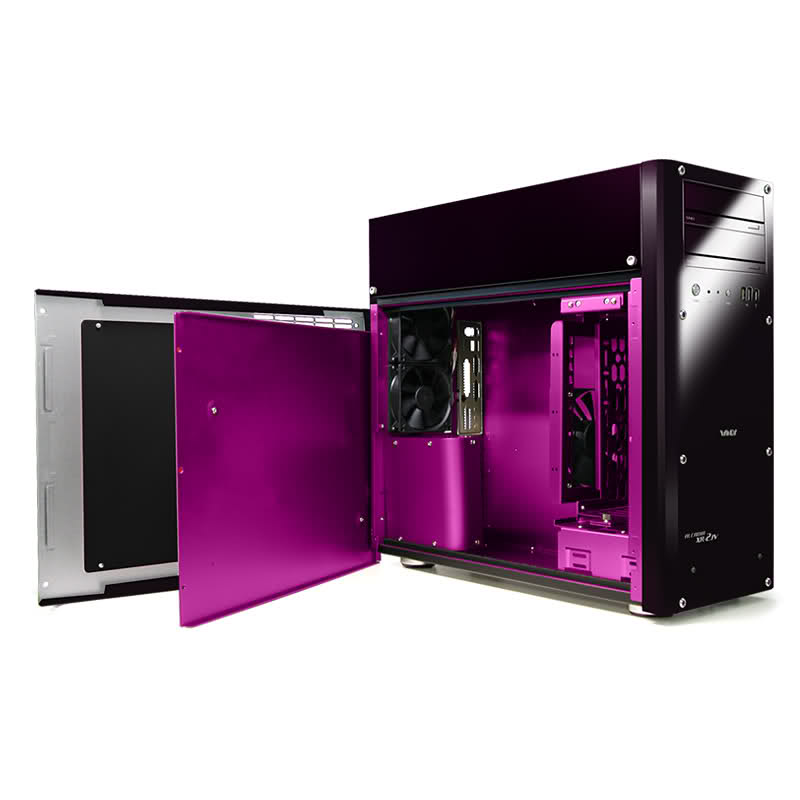 ironically i ended up selling the case for more then i bought it from a private seller. (one of my biggest regret)
The purple anodized version was supposedly near impossible to get state side, and i was one of the lucky few in a group buy from the vendor direct to get one.


UsandThem said:
Not even for one second.
Click to expand...

If i could get into another group buy on a WinDy case i would do it in a heart beat... but they were EXPENSIVE cases.... i paid well into 600 dollar range with shipping for that one. But back then Luxury cases all were around 500 dollars, and they were all made of Alu, and not Steel.
Last edited: Oct 27, 2020
0

Say what you want about Apple, they did make some cool looking computer cases in the 90's and early 2000's. This is the backside of my old 2000 era iMac G3: