psolord said:
Guys, if I am not mistaken, copying the folder elsewhere and running the .exe, runs the bench from THAT drive, right?

I was running msi afterburner osd while running the bench and I noticed the gpu usage really did jump to 100% for a second or so. I wonder if it will run on my GTX 970 and Radeon 7950.
Click to expand...

Quoting myself, to add some more results (including the quote's).

Regarding the 8600k+GTX 1070, son, I'm disappoint. Dunno why, I was expecting better. Maybe because in general these two systems provide me with equal gaming experience, but at different resolutions (different houses). It seems the 1070 is the culprit, but I am having some tiny reservations, because that nvme is on a pcie 3.0 card, which is controlled by the chipset and not the cpu. It benchmarks OK with convensional storage benchmarks though, so I guess it's the gpu.

Very surprised with the 2500k+7950 system. I didn't expect it to even run. But it did and it was not too shabby for a 12yo cpu and a 11yo gpu. Also for whatever reason, the avocado scrolling was the smoothest of all systems. Have no idea why.

Next and final step, will be a GTX 970 testing.
Last edited: Monday at 3:21 AM
Reactions: DAPUNISHER
1

Yeah, well so much for GTX 970 testing. It doesn't run at all. Beats me why. Thought maybe it was MSI Afterburner because it is setup differently on that system. Closed it, still nothing.

I know it's not the Sandy, or the old GTX 970 or windows version, since all these apply for the 7950 system and it run there. So let's see if any new version comes out later on.
0
S

psolord said:
Yeah, well so much for GTX 970 testing. It doesn't run at all. Beats me why.
Click to expand...

Well, it seems a Forspoken PC demo will be coming today on all PC stores. So I guess we can check direct storage loading there.

psolord said:
Well, it seems a Forspoken PC demo will be coming today on all PC stores. So I guess we can check direct storage loading there.

They're claiming almost a 50% drop in load times on an M.2 SSD vs a SATA SSD thanks to Direct Storage.

psolord said:
Well, it seems a Forspoken PC demo will be coming today on all PC stores. So I guess we can check direct storage loading there.

With the same ultra-high settings, but instead with the game on a Samsung 850 Evo SSD, the loading time is about 12 and 2/3 seconds.

And, again with the same ultra-high settings, except using a 4TB Seagate SSHD HDD (5900RPM + 8GB MLC cache), the loading time is about 19 and 5/6 seconds.
https://www.youtube.com/watch?v=fPsDD_sU2zI

And as a comparison, with the preset on low and model and texture memory also set on low, the loading time on the NVMe drive is about 4 and 1/3 seconds.
https://www.youtube.com/watch?v=SO3o63KYQm8

Not DirectStorage related, but on the GTX 970 with render scale at 100% and DRS and FSR 2.0 + TAA shutoff (they are enabled by default with low preset) at 720p, it'll bounce between just above 30fps down to about 24fps just in the very beginning area. At 320x240 and 33% render scale with everything at the lowest, you can sometimes hit just over 50fps at near 100% gpu utilization. ha.
Reactions: igor_kavinski, DAPUNISHER, coercitiv and 1 other person
0

I did manage to do a quick test on the forspoken demo myself. I will post two videos and a reminder this is a hobbyist channel, non monetized, not clickbaiting.

I did a test on my 8600k+1070, although I used custom settings, with something the system could actually run.


At the very beginning, after I show the settings (some of them were on high mind you), I load a save and the game starts in like 1 second. And IT IS actually loading. I have the MSI Afterburner OSD measuring the HDD1 throughput, which is the nvme on that system. It is the first time I have seen the nvme of that system going so far up to 1GB/sec reading, during gaming. Moreover it loads like crazy during gameplay, you can clearly see it showing hundreds of MB/sec at times.

Therefore I have to take back my "son,I'm disappoint" meme comment. I am not disappoint at all. I am actually impressed! And also the game did not run that bad, for how heavy it is, in conjunction with these specific settings. Considering it's a 2016 card, it's doing great.


Same format, first showing the settings, then load the same save. It loads really fast on this old geezer as well. Not 1 sec fast, but fast. You can again see the MSI Afterburner OSD hitting 500MB/sec speed, which is good. This is the first time I have used the SSD of this system for gaming though. It could be the same on other games. However you see it though, it is admirable that a system with what is essentially a 12yo architecture, manages to have all this world setup and ready in 3-4 seconds, even at low. I will try to do more testing in the future, with a better video card and higher settings.

As for the game itself, yeah even at low, the GTX 970 is no good for it, for PC standards. It hits vram limits hard and the pcie 2.0 bus, ain't helping.

Thank you Square Enix for providing this demo. I wish more publishers provided demos for everything. I will actually buy it when it gets discounted, just for providing the demo.
Reactions: Makaveli, DAPUNISHER, Ranulf and 3 others
0
B

shocking! SSDs and M.2s are faster than HDDs! who would've thunk it???
can DS be turned off for testing? maybe disabled in the OS level?
maybe test with a graphics card that doesn support DS? if the game can even run on those cards)
0

Direct Storage might be buggy or just plain weird as a SATA SSD got higher average FPS than a PCIe 4 SSD according to PCGH. 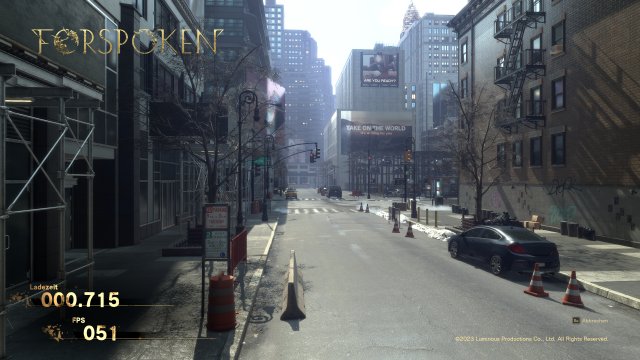 It seems there is a performance hit with nvmes.

form pcgh and announced by videocardz 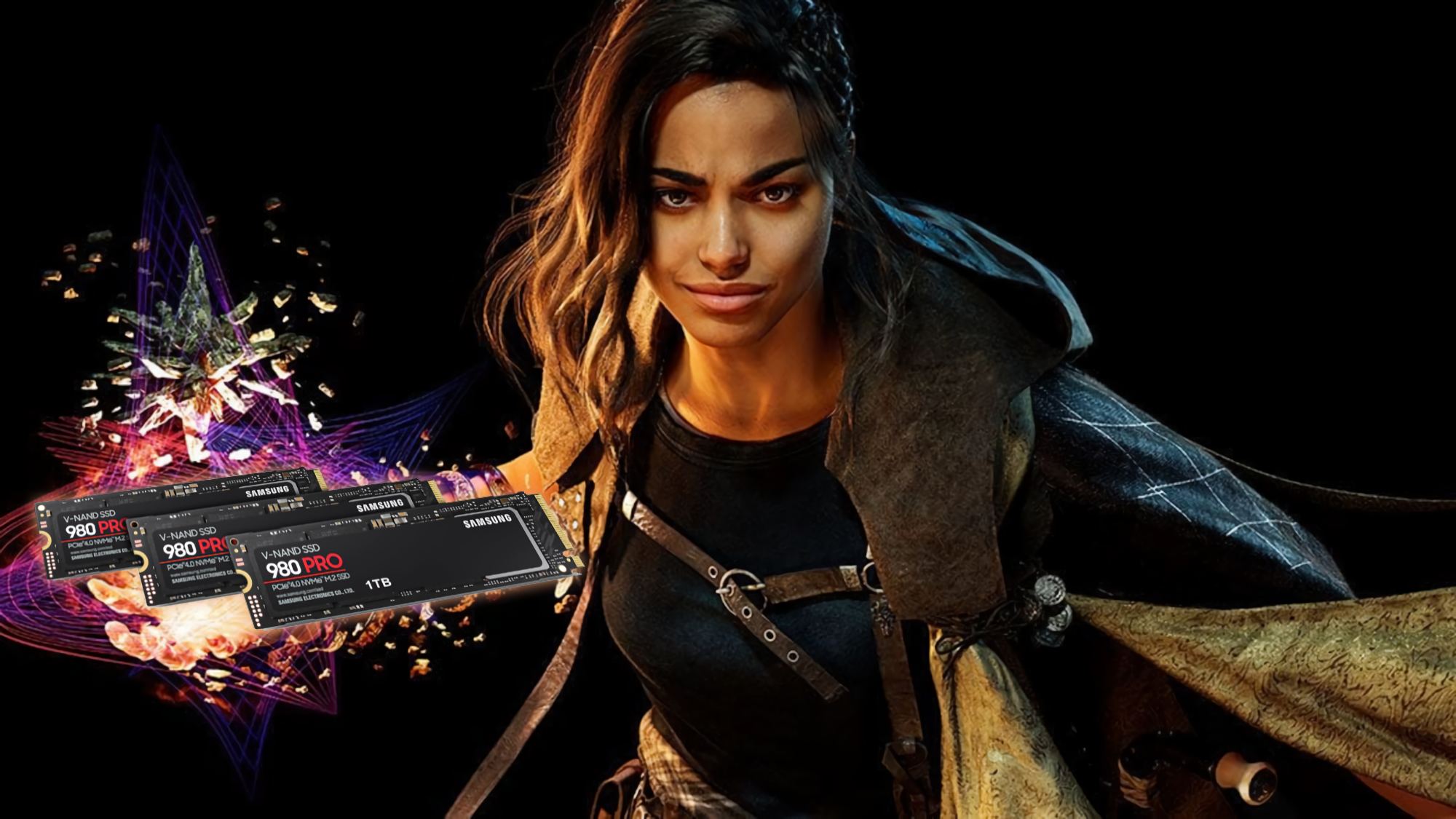 DirectStorage in Forspoken has up to 10% average FPS impact on RTX 4090 - VideoCardz.com

Forspoken with DirectStorage Microsoft DirectStorage technology may improve load times by leveraging GPU power for game asset decompression. Therefore, the more data goes through the GPU, the more likely gamers may notice a graphics performance loss. Exactly this was demonstrated by German PC...

psolord said:
It seems there is a performance hit with nvmes.

form pcgh and announced by videocardz
Click to expand...

Would like to see further reporting before assuming that is true. The results do not feel right.


That said, it kind of makes sense. No free lunch and all that, if the GPU is doing the work rather then the CPU the resources have to come from somewhere.


Definitely a wait for further reporting from my viewpoint. Why would SATA require less GPU processing / decompression? Yea, it is going through the chipset, but work is work.
Last edited: Today at 11:10 AM
0

I am hearing the 10% hit was a false positive. Some are speculating frame rates were recorded during load screens which are higher during those periods. Since the sata SSD has longer load times they have a lot of bonus high frame rate times raising the total average. 10% in this case. More testing is needed.
Reactions: Leeea, Makaveli and solidsnake1298
0

utahraptor said:
I am hearing the 10% hit was a false positive. Some are speculating frame rates were recorded during load screens which are higher during those periods. Since the sata SSD has longer load times they have a lot of bonus high frame rate times raising the total average. 10% in this case. More testing is needed.
Click to expand...