I bought a costco Hisense 65" Class - R7G5 Series - 4K UHD LED LCD TV After setting it up and even taking down the brightness to Low, that's the lowest setting, and contrast down to a watchable level.

I still get what appears to be Light Bleed around all the corners and along all edges. Shown in picture in a dark room, night time photo. 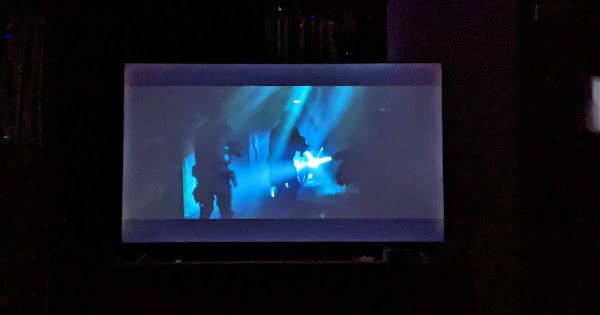 so... I already know I want to take the TV back and thanks to costco's 90 day return I'm not freaking out about doing so. even tho, I like the TV over samsung because I really like the built in Roku. It's fast and I just like Roku interface.

Do I exchange the TV for the some one? Do you think I just got a bad TV? Or do you think this is acceptable for 450 dollars? If so, I don't want this TV... I constantly look at the light box around the TV when watching netflix it's annoying and I can't just live with that...

Supposedly it has Full Array Local Dimming... I hear that it will dim the leds around the edges to make any light bleed even less desirable. Shrug.

After reading some content about this, I think I just got a bad TV, but... Supposedly from what I've been told, Edge lite has the worst light bleed. Then, its full array, that should be better and local dimming is best. Then, OLED is the best of the best, but I think 700 is my budget, and I really want a 65".

I suppose I could drop down this: Hisense 55" Class - U6GR5 Series Quantum LED for 450 bucks. Same local dimming.

What would you do? The thing is, these are kinda big and bulky, and I really don't want to be running back and forth to costco. If all these TV's will have problems, I'll just return it and get a OLED when I can better afford it.

u6gr5 vote, but i would have to check the rtings.com reviews real quick. so this is only for watching movies?
Reactions: ericlp

killster1 said:
u6gr5 vote, but i would have to check the rtings.com reviews real quick. so this is only for watching movies?
Click to expand...

ratings.com gave it pretty good reviews. I'm gonna return it soon... amid covid and all. Not going to chance getting the same tv again. I'll have to just step it up and get the better one.

How much is the Samsung QLED model? That would fix that issue.
Reactions: ericlp

ultimatebob said:
How much is the Samsung QLED model? That would fix that issue.
Click to expand...

sadly, Qled still uses local dimming ... and will always have a problem displaying true blacks and will have some light bleed. Unlike OLED that where each pixel is individually lit. I really just stream movies, and just looking for casual watching. U8GR5 is QLED with local dimming, no different than samsung Qled.
You must log in or register to reply here.
Share:
Facebook Twitter Reddit Tumblr WhatsApp Email Link