You would have to be a complete idiot if you think that Trump does not condone this type of behavior!!
Just amazing the toxic atmosphere that Trump has allowed to fester in our country as well as that Trump has supported openly!! 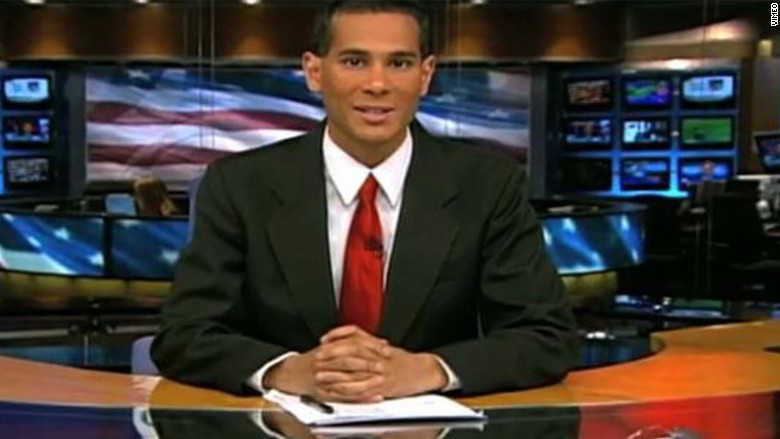 The president of CBS News tweeted that a CBS journalist arrested during a Trump rally did not resist arrest.
money.cnn.com

The president of CBS News is standing by one of the network's journalists who was arrested outside a Donald Trump rally that was canceled amid violence between Trump supporters and protesters.
David Rhodes tweeted that journalist Sopan Deb, who was covering the rally at the University of Illinois' Chicago campus on Friday, was handcuffed and charged with resisting arrest.


"On tape you see he did not resist, identified himself as working press," Rhodes said in his tweet.

CBS News also aired footage of the rally and of Deb's arrest, which he managed to capture on tape. In the accompanying article, Deb said police abruptly threw him to the ground and handcuffed him.

Deb was charged with resisting arrest, "although there is no sign of that on the video," according to CBS.

Deb was arrested and placed in the back of a police vehicle. His camera was left on the ground but returned to him once he was released on Friday night.

After being let go, Deb went to the hospital to check for possible injuries sustained during the arrest.

Before being arrested, Deb tweeted about the chaotic night, saying, "I've never seen anything like what I'm witnessing in my life."

Deb, a well-liked producer among his peers, has been traveling with the Trump campaign since last summer. He's what is known as a campaign "embed."

Deb is Indian. He has never been to the Middle East (or India for that matter). And yet, he has repeatedly been singled out at events.

At a rally in December, he tweeted, "A man came up to me to say 'Go back to Iraq!' I've never been!"

And in January, he tweeted, "A Trump supporter just asked me at Reno event if I was taking pictures for ISIS. When I looked shocked, he said, 'yeah, I'm talking to you.'"

Deb is the latest reporter to be involved in incidents at Trump events.

Chris Morris, a photographer on assignment for Time magazine, said a Secret Service agent choked him and slammed him to the ground last week.

Earlier this week Michelle Fields, a reporter for Breitbart, alleged that she was grabbed and bruised by someone, possibly Trump's campaign manager, at a press conference.

Several journalism advocacy organizations have expressed concern about the situation.

Additionally, clashes between Trump supporters and protesters have led to multiple arrests and injuries at events.

A man attending a Trump rally this week was charged with assault after he allegedly sucker-punched a black protester being led out of a Trump event.

This is almost 4 years old. Not news. I'm sure there is enough going on now to get all exercised about without this.
admin allisolm
Last edited by a moderator: Jan 30, 2020
Reactions: pcgeek11
M

I’m sure cops will get an atta boy from Trump. Free press being put in jeopardy from this orange gasbag


Sent from my iPhone using Tapatalk

JEDIYoda said:
Has anything changed? Or have thing become much worse?
2016, 2018, 2020 nothing has changed!
So Yes!! Lest we forget.....
IMO that is like talking about WW2 and somebody says but that was way back over 50 years ago. You gotta be kidding! Lest we forget...
Click to expand...

The fact that the article is regarding a singular incident from three years ago should indicate to you it wasn't worth posting.
Reactions: imported_tajmahal
M

JEDIYoda said:
Has anything changed? Or have thing become much worse?
2016, 2018, 2020 nothing has changed!
So Yes!! Lest we forget.....
IMO that is like talking about WW2 and somebody says but that was way back over 50 years ago. You gotta be kidding! Lest we forget...
Click to expand...

I'm pretty sure that if you posted a news article about the outbreak of WW2 like it just happened the way you did this article you would get the same response.

It's a singular even from a campaign rally 4 years ago. Every aspect of this has been covered ad nauseam. no one forgets.