Question can i use a PC, with 10 hard drives, to act as an external drive?

i was looking at this 10 bay drive that acts as an ext usb hard drive. the price is ridiculous at $600.
i already have a PC with plenty of space, and sata, for 10 drives. is it possible for me to set it up to act as an ext usb drive? plugging this PC_ext_drive into another PC will show up as 1 single drive or 10 drives, i dont mind either way.
0
T

Just setup the PC as jbod or a raid and put a nic into it and share it on the network.

A PC won't act like a USB drive a sit doesn't have the host controller like an enclosure or das.

There are other solutions though like hooking them all up to a backplane and putting them into a cage. It depends on how much effort you want to put into it.

Yottamaster makes some 5-bay das options for $150 that you could slide them into and use USB to connect them. Basically you're looking for a DAS which has the controller and USB port.
0

Tech Junky said:
Yottamaster makes some 5-bay das options for $150 that you could slide them into and use USB to connect them. Basically you're looking for a DAS which has the controller and USB port.
Click to expand...

Showing up as 10 separate drives seems less manageable, but I suppose that could work if you have a good, caching search app like Everything.

If you don't need peak concurrent access speeds between two or more drives, and aren't picky about the drive models used, lowest cost to both implement and in power consumption/cost over time, would probably be to just get a 10 port USB hub and 10 USB external HDDs.

If you want the added security of keeping some (but not all) of the HDDs offline till you need them, get a hub with switches on every port.

I'm not suggesting that this would be my first pick. I'd use a low power computer as a NAS, something that at least has GbE and then if that's too slow, upgrade what you need to of your network to 2.5GbE.
Last edited: Nov 15, 2022
0
T

That would work. They have a lot of different models / features. Mediasonic has a decent one as well with USBC for 10gbps I think the refurbished ones go for about the same price as well.
0

This isn't rocket science. If you have a working computer that you aren't using, it will work just fine. As long as it has the bays for the number of hard drives you wish to use, just set it up for JBOD. No need to make this complicated. It will show up as 10 drives unless you set up a RAID array.
0

Tech Junky said:
That would work.
Click to expand...

i got the Yotamaster today and it is working great! got all 4 of my usb ext drives into 1 neat box. now, is there any way to hide 4 of them and show only as 1. then when i double click on 1, i can see all the folders from the 4 drives?

You would need to setup a Raid 0 or a span for all of the drives to become a single logical drive.

Good to hear you're liking the option though. I would probably try to consolidate everything onto a single 18 or 20TB drive and then virtualize the Yotta into a single logical disk. Depending on which Yotta you went with it might be a raid or just a simple enclosure though. If it's raid it should have some dipswitches on the back.

It's a whole lot easier to deal with in Linux though rather than dealing with MSFT mechanisms. So, looking at the link from above it shows you wipe the drive in order to add / create a storage spaces pool. So, you definitely want a backup before diving into that. I would order a drive that's big enough to handle all of your files and then make the backup and convert your multiple drives into a single SS and then move the data back over to them. Either keep the large drive as a backup or send it back to Amazon within 30 days or whatever date they give you.

The other option would be grab another Yotta with the intent of making a Raid w/ new disks and copy all of the data over and then stripe this one for daily use and use the second as a backup. New disks are a good idea for a long term backup option.... or just use them as a speedier option than the current ones. New 3.5's are hitting upwards of 300MB/s these days and Seagate has a new "mach 2" option that splits the spindle into 2 logical drives and doubles the speeds to ~550MB/s. The issue is finding them at the high capacity you need or I want. IIRC the highest capacity I could find was the 14TB models but, I would prefer an 18 or 20. They also make a 16TB but, I didn't see it listed for sale anywhere. I did find the Exos x20 18/20TB options w/ Amazon having the 18's and https://www.provantage.com/service/searchsvcs?QUERY=Exos+X20&SUBMIT.x=0&SUBMIT.y=0


Only caveat is they're SAS not SATA which is a different setup and a card / controller needed to embed them in an existing system unless you're running blade servers already. 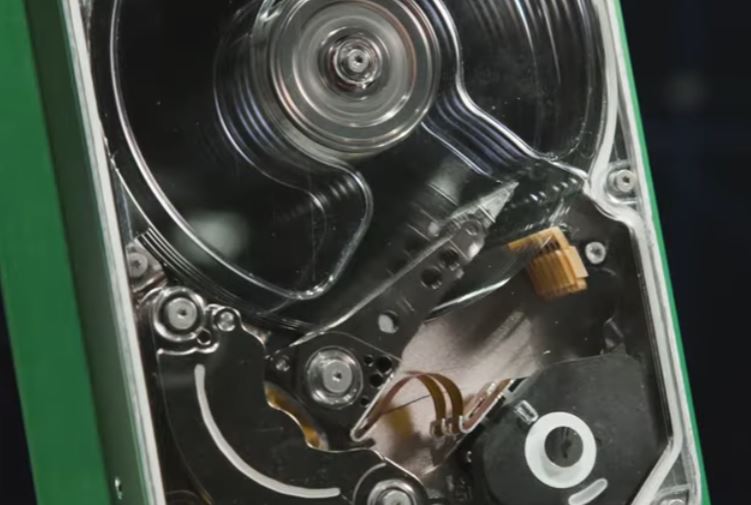