Well, yeah, considering that there is a thread related to CPUs: https://forums.anandtech.com/threads/anandtech-arm-announces-mobile-armv9-cpu-microarchitectures-cortex-x2-cortex-a710-cortex-a510.2593893/

This one is for GPUs.
Source: https://www.gsmarena.com/arm_unveils_new_cpu_and_gpu_cores_including_an_a55_replacement_as_it_prepares_to_go_64bit_only-news-49288.php


Did you know that Mali is the #1 GPU in terms of shipments? Over 1 billion Mali GPUs were shipped in 2020. They power about half of smartphones out there and around 80% of smart TVs. And today ARM is bringing out the widest range of GPU designs that will fit every nice of the market.


The new Mali-G710 sits at the top. It is 20% faster, 20% more energy efficient than older designs and gets a 35% boost in ML tasks. The G710 will be featured in future smartphone flagships but also Chromebooks. The ML speed boost will come in handy for new improved image enhancements and enabling new video modes.

Below that is the Mali-G610, which is based on the G710, though it targets a lower price point and can be used in high-end phones.


The Mali-G510 is twice as fast and 22% more energy efficient than older designs (ML performance is doubled too). This will become a mainstay of mid-range phones, smart TVs and set-top boxes.


The Mali-G310 is the second most exciting part of today’s announcement after the A510. These two will really change the experience on the lower end. It promises a 4.5x uplift in Vulkan performance, the texture units are 6x faster, Android UI rendering performance is doubled.
Click to expand... 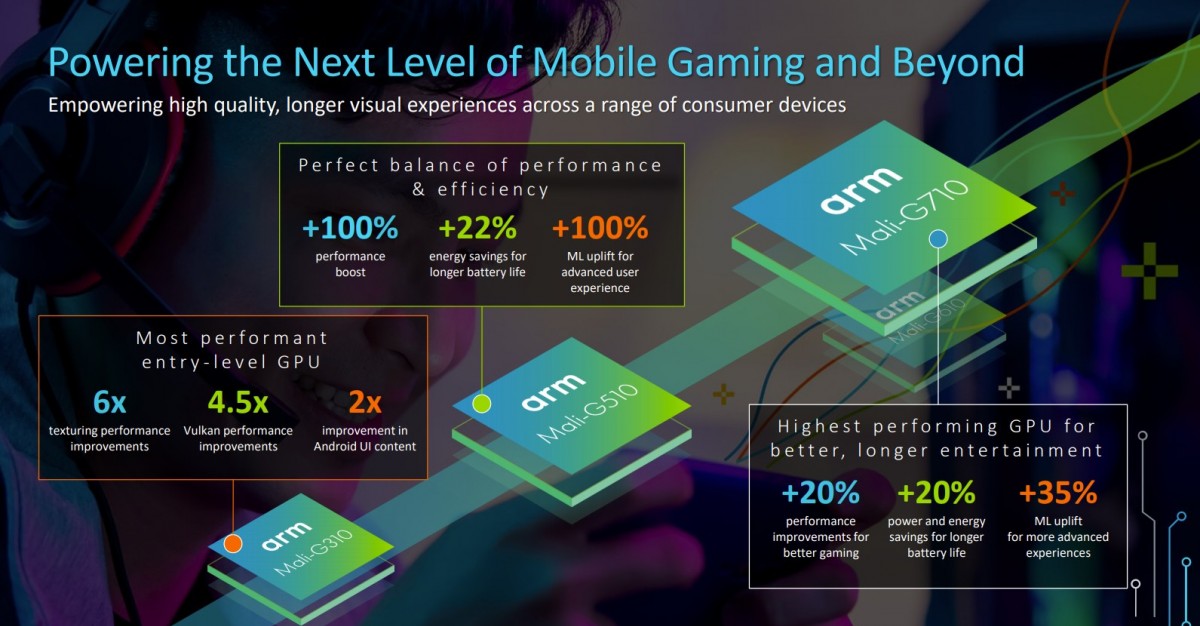 The reason that I made this thread is to discuss about the upcomming GPUs for Chromebooks and the potential implications on this.
That might be interesting to see in a future since the performance increase will be noticeable in the lower end.
0

Nevermind this is for GPU
0

Must be weird working on this team, knowing that Nvidia is trying to buy the company. I imagine that the higher end products won't last long after acquisition.
You must log in or register to reply here.
Share:
Facebook Twitter Reddit Tumblr WhatsApp Email Link