For some reason there was no fuss or hype but its a darn good game. 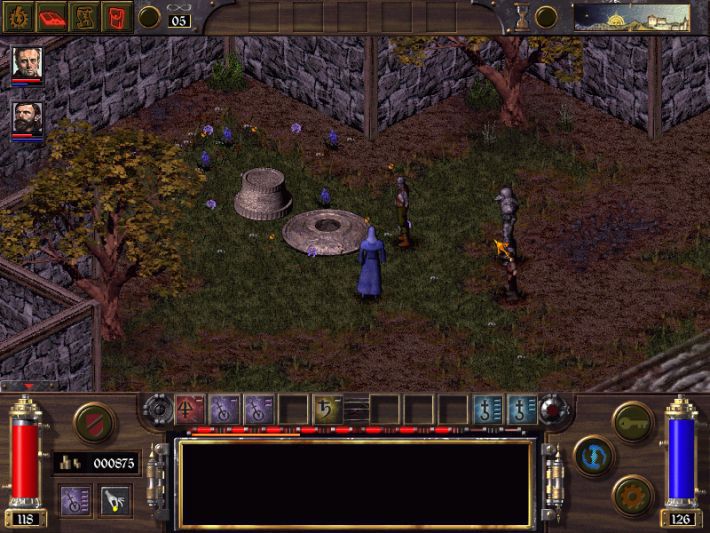 Looks ancient and I've never heard of it. I'll grab it down the road. Thanks for the heads up.

It is the same price on GOG. https://www.gog.com/game/arcanum_of_steamworks_and_magick_obscura.
Seems it has been this price for a long time?
Last edited: Aug 29, 2016
Q

Elixer said:
It is the same price on GOG. https://www.gog.com/game/arcanum_of_steamworks_and_magick_obscura.
Seems it has been this price for a long time?
Click to expand...

Uh, yeah. I think I bought the boxed game for like $5-$10 at least 10 yrs ago. It is kind of cool, but I got kind of bored about halfway through. I have the cd somewhere in a closet...
B

For some reason there was no fuss or hype but its a darn good game.
Click to expand...

Probably because it has repeatedly been in GOG sales for $1.20 over the past few years. It was praised for being a very different feeling game for it's time. Unfortunately it's made by "Troika" who have a history of abandoning games with massive unfixed game-breaking bugs (save game corruption, critical NPC's get stuck, invisibility ring gets stuck even after removing it leaving you unable to talk / finish quests or use vendors, etc). Same thing happened to "Temple of Elemental Evil" by same dev. Combat is very unbalanced ("mage or go home", faster to kill someone with an old stick than a gun), etc, and UI is clunky as hell even for it's era.

If you grew up with it or have a strong "nostalgia anchor" then it might be worth a shot in a sale for the memories, but playing it for the first time today and lasting more than 20mins is almost a big a challenge as completing it without something breaking... My personal consensus is "Great plot, huge potential... but then it was made by Troika..."
D

I played this a ton back in the day, and it was an excellent game at the time. The lore/environments were pretty cool too, had lots of 'grey area' in regards to quests, not just 'give a girl flowers or kick her in the face' options. I also enjoyed the Magic vs Steampunk vibe they had going on. Unfortunately it was plagued by two things: horrible balance issues (i think the first death Darkness? spell or whatever was king of the game, period), and save corruption. The farthest I got was like halfway through the game then whoops! Quicksave corrupted, no we don't do rolling quicksaves. Time to start over! Sucked.

I mistakenly thought this thread was about some new HD version of Arcanum.

It's also part of the new 'beat the average' teir at humble bundle. You get more games for your money.

Love me some humblebundle.

This game regularly goes on sale below $2 on Steam. Don't risk your credit card information on dodgy third-party sites just to pay extra for a game.

Stg-Flame said:
This game regularly goes on sale below $2 on Steam. Don't risk your credit card information on dodgy third-party sites just to pay extra for a game.
Click to expand...

This game was only just released on Steam this week.

Guess I'm thinking of a different game then.
C

Stg-Flame said:
Guess I'm thinking of a different game then.
Click to expand...