AHAHAHA... *ccough* omg u made me cough out my lung from laughing so hard...

I seriously can't think of ANY ITX cases which can handle that.... which defeats the whole point in ITX...
0
M

I wonder what motherboard I'll add to my card.
Reactions: lightmanek, misuspita, Mopetar and 2 others
0
C

Someone needs to photoshop in the logo from that one "internet video content" company.
Reactions: Saylick
0
K

Well it does make it look more powerful.
Reactions: lightmanek
0

Why the hell do they still have SLI connectors on the cards when SLI is practically dead and no one is dumb enough to do SLI?
0

aigomorla said:
Why the hell do they still have SLI connectors on the cards when SLI is practically dead and no one is dumb enough to do SLI?
Click to expand...

It is just for the 3090, and it is for compute heavy tasks. At least that is what I've heard.
Reactions: lightmanek
0
K

Your willing to pony up for one, but balk at a case upgrade if needed?
0
L

sontin said:
No, they dont get better prices. Why should they? TSMC has no competition so AMD is paying whatever TSMC wants.
Click to expand...

I actually don't think it would fit in my 011 Dynamic. I have about 1/4" between the power cables on the glass side on my 5700XT. This card is taller, so I think it would straight up hit the glass.
0

Your willing to pony up for one, but balk at a case upgrade if needed?
Click to expand...

traderjay said:
I need the portability. I carry my TU150 case with the 3950x to the field for work. I will probably put at 3080 in there and put the 3090 in my EPYC rig. I have all 3 cards secured and will get on launch date.
Click to expand...

Viewing the max cpu cooler and gpu length of the TU150 you might actually be able to squeeze the 3090 in there. I'm guessing you'll have a better idea once you get the card.

Might not be able to carry it one handed with that monster in there. /s
0
M

3090 FE with a water block, maybe? Even then it might be hitting the glass.

I haven't checked clearances, but I think the 3090 might barely squeek into my Core X9.
0

aigomorla said:
AHAHAHA... *ccough* omg u made me cough out my lung from laughing so hard...

I seriously can't think of ANY ITX cases which can handle that.... which defeats the whole point in ITX...
Click to expand...

On paper this will fit in the Coolermaster NR200. And since they made 3 PCIe panels on the case it makes me think they specifically built it to fit this behemoth.
0
B

AtenRa said:
I dont know what this has to do with what i said about the deal of AMD and TSMC for the 7nm wafer price.
Since AMD is the number on customer at 7nm they get a lot better prices than they got last year.
Click to expand...

No way would TSMC give AMD as good a deal as Nvidia for 8nm. Even when taking into account the worse yields of larger chip, Nvidia is going to be paying lower per chip. This is a reflection of how badly Samsung needs Nvidia as a customer and how in demand TSMC production is.

There is no demand for Samsungs wafer beside their own products and even here, they are using qualcomm in most of their products using Snapdragon chips made at TSMC.

TSMC 7nm has high demand regardless of the market because all companies which include qualcomm, apple and etc are using them. Huawei was one of TSMC biggest customers and after dropping Huawei as a customer, someone jumped in and replaced them so that TSMC would not be seeing a drop in revenue. Considering Intel is in the mix now too, TSMC doesn't really have to hunt for customers. Lets not forget Iphones pre iphone 12 will continue to use 7nm along with most of the industry except the very highest end flagships.

On the other hand, if Nvidia doesn't use Samsung, who is there to replace Nvidia as a customer? Remember Fixed cost is enormous for fabs because of a massive depreciation expense as fabs become outdated quickly. A 12-30 billion fab factory, that gets written off in 5 years will cost Samsung billions if gone unused. The variable wafer cost is very low in comparison which means you do not want an idle factory. What this means is Nvidia could likely get a sweet deal compared to TSMC which had customers left and right which means they had no leverage. There have been talks that Nvidia got such a deal that it is only paying for working dies.

And with the pricing of Amphere, we have pretty much confirmed Nvidia is paying low prices for Amphere when you combine this with Nvidia reporting next quarter their margins will be shooting back up. Do you think Nvidia would over pay on wafers which are worse than TSMC? Nvidia does not price out of pure generosity and typically prices things high if anything, it is likely as a result of Samsung's pricing.

There is a good chance Samsung might also be paying a penalty for under delivering on performance expectations on their 8nm/7nm EUV availability.
Reactions: xpea and ozzy702
0

With NVIDIA having Samsung capacity to themselves you’d think reports of low supply for ampere launch would be untrue. Maybe it’s the G6X that they can’t get enough of. I’m dreading having to fight bots to get a 3090 on launch day.
Reactions: Konan
0 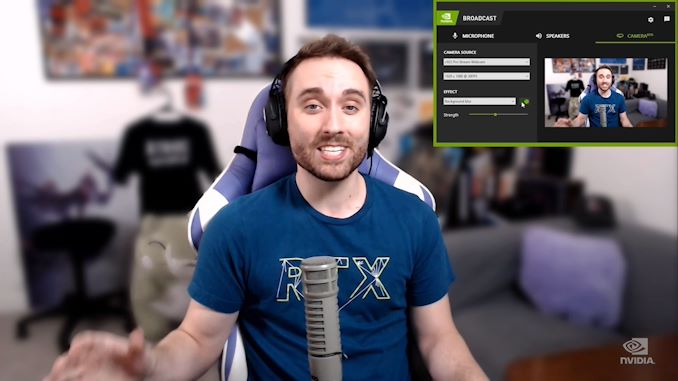 That dude's high! Unless he's a sissy and he just shed some tears of joy!
0
L

Don't forget, you'll still trying to judge so about an ULTRA-HIGH resolution gameplay by looking at a video on your screen which then shows a recording of yet another screen where this plays.
0
T

n0x1ous said:
With NVIDIA having Samsung capacity to themselves you’d think reports of low supply for ampere launch would be untrue. Maybe it’s the G6X that they can’t get enough of. I’m dreading having to fight bots to get a 3090 on launch day.
Click to expand...

I think RTX 3090's are going to be in low supply. RTX 3080's? I don't think so. Nvidia is predicting a massive 4.4 billion dollar quarter and will likely break it if they want their stock price to stay high. I think that number requires a really successful Amphere launch.

The low supply reports might be marketing rumors to get people to buy RTX 3080's fast and furiously.

If the RTX 3080 was in poor supply, they would have increased the price of Amphere. Low supply, along with high demands with a somewhat low price means profits are left on the table which Nvidia rarely leaves.

CoreTeks new video with some rumored competition information - Timestamped to where it is. Rumors of RTX 3070 Ti 16GB

AtenRa said:
That means they need 4x times the wafer volume for the same amount of chips. For this I dont see a lot of RTX3080/3090 cards at retail stock in the first 2-3 months after Ampere launch.
Click to expand...

They're basically the only ones using Samsung and so Nvidia will have easier time with supply than AMD. AMD are competing for TSMC 7nm wafers and console APU production will be at its peak.

Though I suspect demand for Nvidia parts will be much higher than for Radeon parts anyway.
0
J

I saw this and was like..."Hey Nvidia added something you already get in Zoom and Teams applications"
Reactions: lightmanek, USER8000, Elfear and 3 others
0
J

Konan said:
CoreTeks new video with some rumored competition information - Timestamped to where it is. Rumors of RTX 3070 Ti 16GB

If AMD's RDNA2 performance is at the RTX 3070 level, then wouldn't it technically compete with Nvidia's previous high end 2080 TI? I do wish Nvidia had been able to get the Ampere chips manufactured at 7 nm, which was one of the reasons I didn't bother with Turing. I also wonder just how big the next generation video cards are going to be. That would be funny if the missing coprocessor is a CPU socket because the video card is so big, it becomes it's own system.
You must log in or register to reply here.
Share:
Facebook Twitter Reddit Tumblr WhatsApp Email Link