After the whole disaster with UPS and importing a Korean large 4K monitor (see this thread: https://forums.anandtech.com/threads/talk-me-out-of-buying-this-4k-monitor.2473344/) I settled on a 65" TV, the Samsing KS8000.

As you can see from the pics, there is the cable management that I have yet to address: 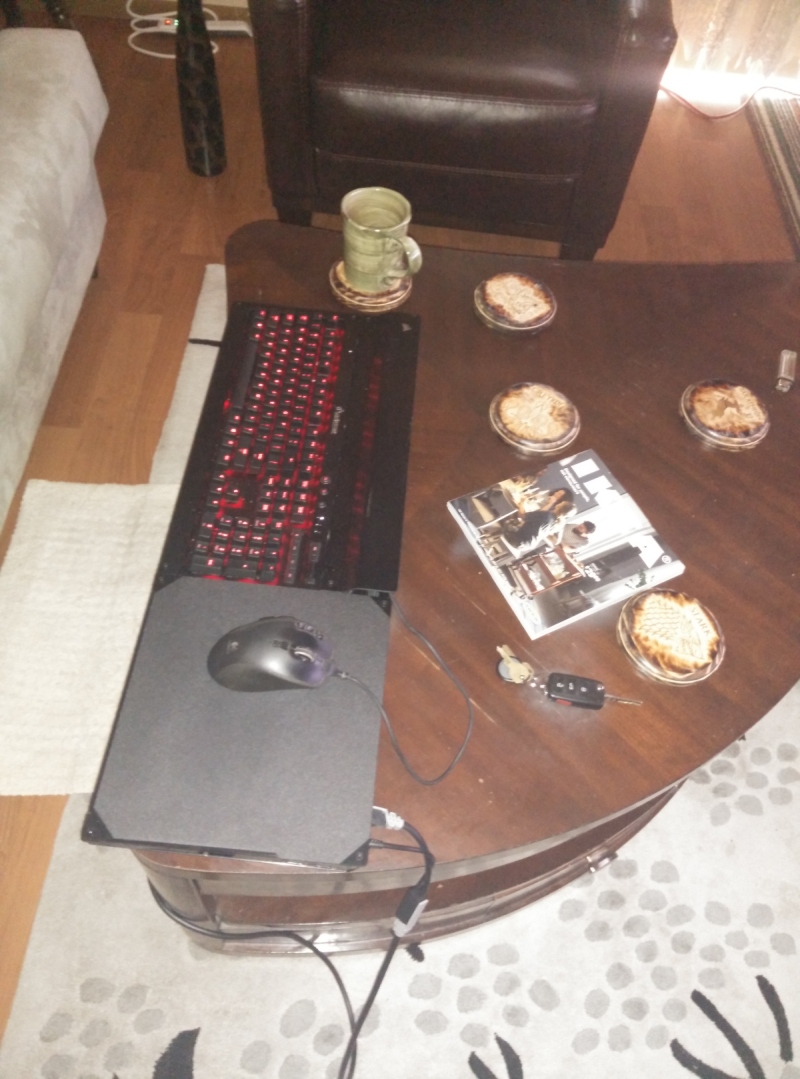 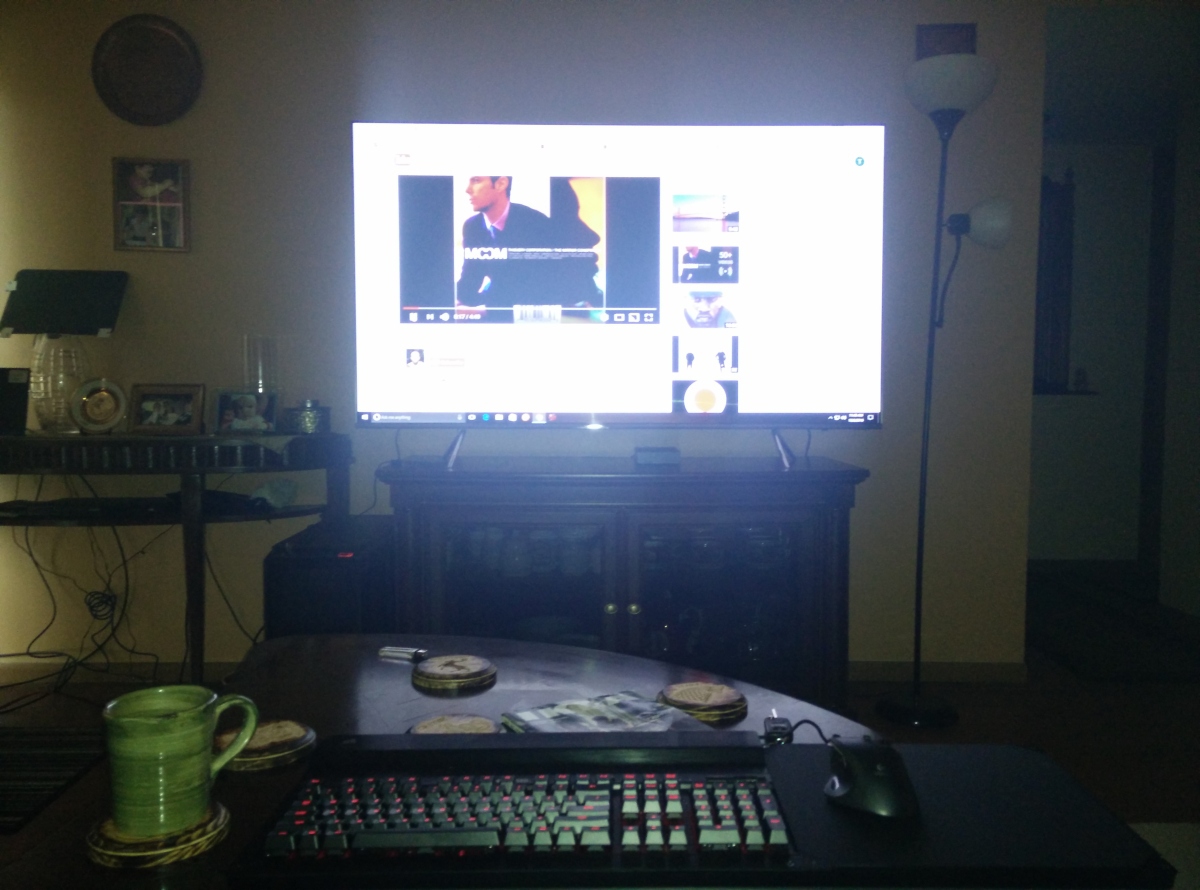 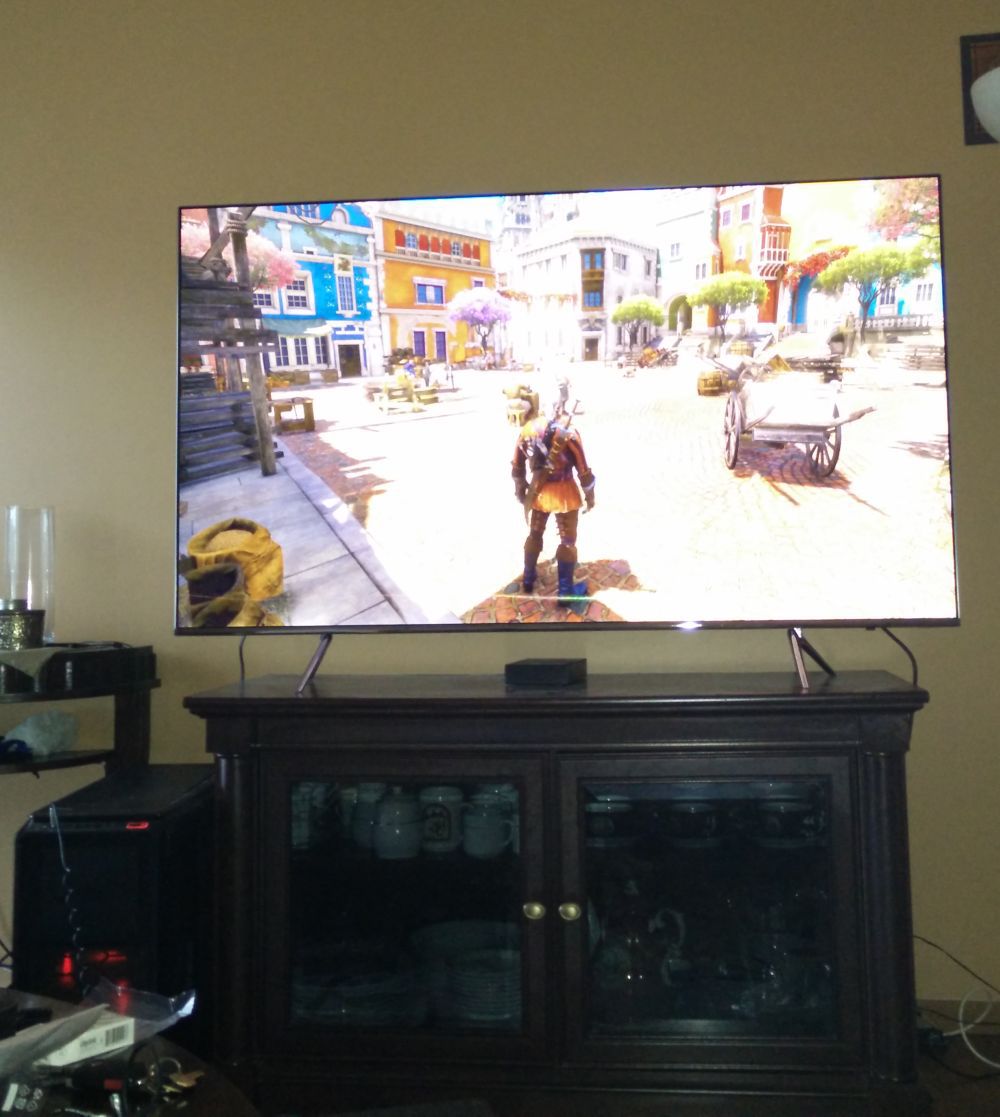 You can't see it in the pictures and there is no way for me to get a good picture of it with the phone camera but the table has a lower section that's perfect for sliding the Lapdog into when it's not in use.

It took quite a bit of tweaking mpc-hc + madvr but I'm very happy with the setup now.
Reactions: jackstar7
D

Nice setup, I have the same TV. Why do your coasters look like burnt toast ala Game of Thrones?

dmoney1980 said:
Nice setup, I have the same TV. Why do your coasters look like burnt toast ala Game of Thrones?
Click to expand... 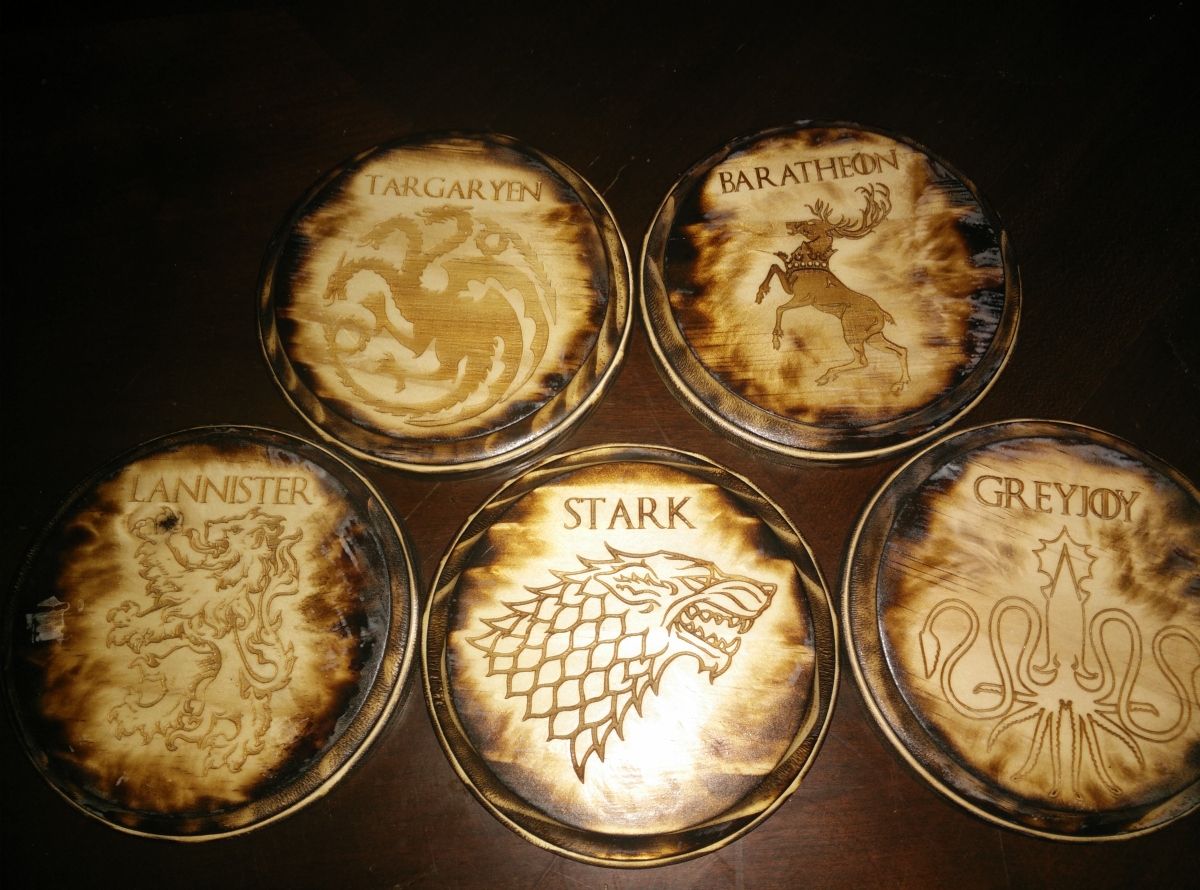 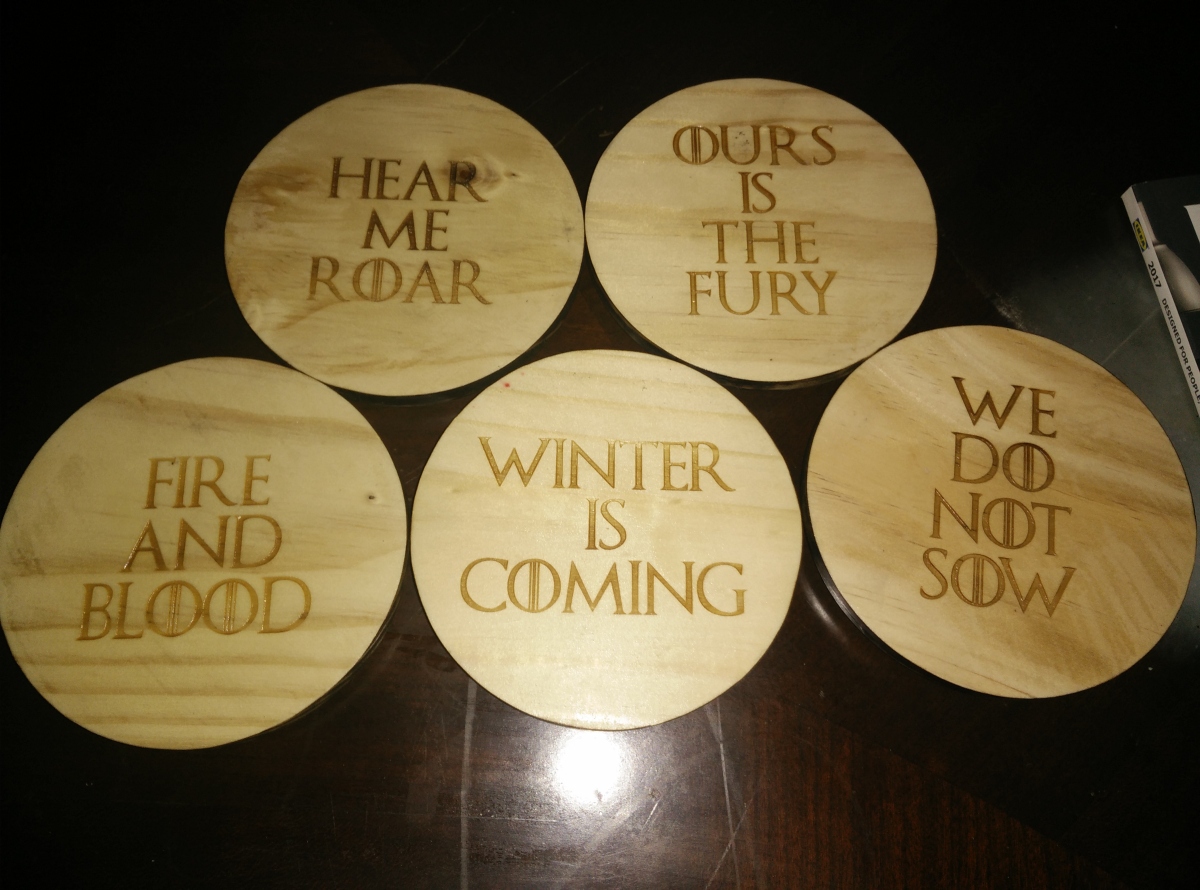 Your camera isn't anywhere near good enough to show off a 4K television.

Only moonbog would not be ashamed by your cable management.

In 2018, a single GPU pushing 4K will be a standard affair, enthusiasts will chase 8K at that point.

It wasn't cheap but I don't regret it one bit. Sometimes I turn off all UI elements and just go for walks in game environments, enjoying the scenery.

mmmm i dont think we'll get a gpu which can render 4k @ 120frames per sec unless the next decade...

Glad to see you got a working TV tho FB.
I know how much grief you went though on that wasabi mango

aigomorla said:
mmmm i dont think we'll get a gpu which can render 4k @ 120frames per sec unless the next decade...
Click to expand...

Doesn't the GTX 1080 already do about 60? 120, especially if you turn down settings shouldnt be a big deal. Plus from what I hear you don't need AA nearly as much at 4k. Once we hit scale-able gpus I have zero worry that 4k single card at great frame rates will be a reality. (Which is why I'm guessing Navi..) The high speed 4k monitors I'm a little worried about. Took them awhile to even get 60hz monitors out let alone 120hz or better.
C

Depends on many things. I have been on 4k for awhile now (been a part several threads in display and graphic cards). I will admit I have lowered my FPS expectations a bit. 60 FPS was mandatory, and is still my goal, but a few games are not there yet (for me, my system is 3 years old and could use some updates, 2500K OC'ed) and I'm still on a single card, I quite fighting the sli/crossfire battle when the 7990 (single card with 2 cpus's was out).Most of my games are 60FPS a few dip in the 50's from time to time.. and right now 'The Division" might be my sticking point.. I'm in the 40's sometimes. I'm still on a 980 also so going up to a 1080 should push me to the 60FPS on everything.

I do know one thing, the money sunk in to get here, I'm only on a 55" curved 4K Samsung TV and add i picked up the 980 about 3 months before the 1080 was announced.. I feel i have put enough cash in for a bit.. but if it went down, tv or card there would be no hesitation getting it replaced. Once you use this type of stuff, it would be hard to go back to my 30" monitor.

Yeah, I now can't stand smaller screens, avoid walking by them even when they are off, let alone when powered up and displaying content...
I didn't have to put my monitor away but I did anyway, it's jarring to even look at it now.
Biggest issue I have now is in game UI scaling. On the performance front, everything is fine, 980ti's are holding up well for now. I think I'll stick with them until a single GPU outperforms them by a significant margin.

4K is far from cheap but definitely worth it to me. Every once in a while I launch a game that's still set to 1440p, the experience before I set to native res serves as a great reminder why I made the upgrade to begin with.
You must log in or register to reply here.
Share:
Facebook Twitter Reddit Tumblr WhatsApp Email Link